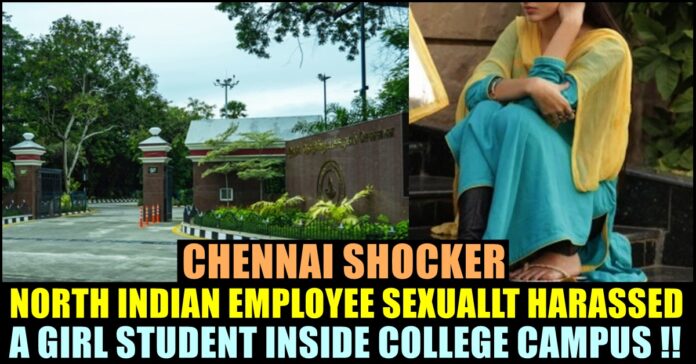 For harassing a student of IIT Madras within the campus, a 24 year old youth who belongs to the North part of the country has been arrested by the police officials. The incident happened on the night of 24th July while the student was going to her room in the college hostel. The accused has been identified as one Chandhan Kumar, a canteen worker in the institute’s campus. The victim’s friend brought the issue to the notice of management and police department. 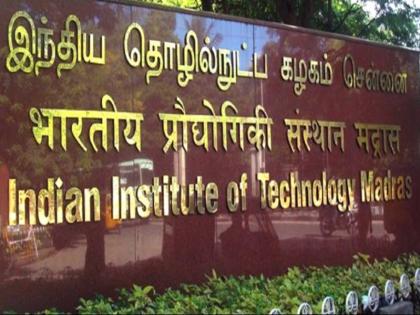 Chandhan Kumar, an employee who makes juice in the canteen of the Institute, allegedly attacked the girl student and tried to sexually assault her. The student was returning to her hostel room on her cycle on 24th of July. According to reports, IIT Madras had faced a lot of wrath over it’s response to the student’s sexual harassment complaint.

The survivor’s friend had suggested that the attacker could have been an employee of the campus, and also said that the employees must not be allowed to access the student zones without supervision.

The arrested person is a native of Bihar and has been booked under section 354 A (sexual harassment) and Tamil nadu woman harassment act. The student was attacked on the dirt road connecting NAC and the hospital road inside the campus. The complaint letter by the student’s friend detailed that the harasser seemed to be in his late 20s and was most likely a construction worker.

“It was sheer luck that my friend managed to escape this vile encounter, which could have ended much worse. She returned to the hostel alone shaking and bleeding. It was horrifying to hear of this incident, and the rest of us students feel uncertain of our safety on the premises” complaint letter of the survivor’s friend read.

Earlier, in a media statement, IIT Madras said that they are probing into the incident and the management had conducted an identification parade of 35 contract workers and showed the CCTV footage to identify the accused.

According to TNM, IIT Madras Dean’s response to the complaint caused a huge outrage among the students of the institution. Through the email, the dean imposed curbs on the movements of the students within the campus, where he suggested informing the laboratory in charge or obtain permission to visit labs outside working hours, following a buddy system and availing bus service if they were returning late and to move around with friends to avoid untoward incident/accident.

Questioning against the same, students accused the management of shifting the responsibility onto the students and is failing to maintain the safety and security of students in the campus.

Tamil nadu Youth Killed Himself After Getting Bank Manager Job !!

A bizarre incident of youth killing himself to pay offertory to God after getting a Bank Manager job has created a furore in state...