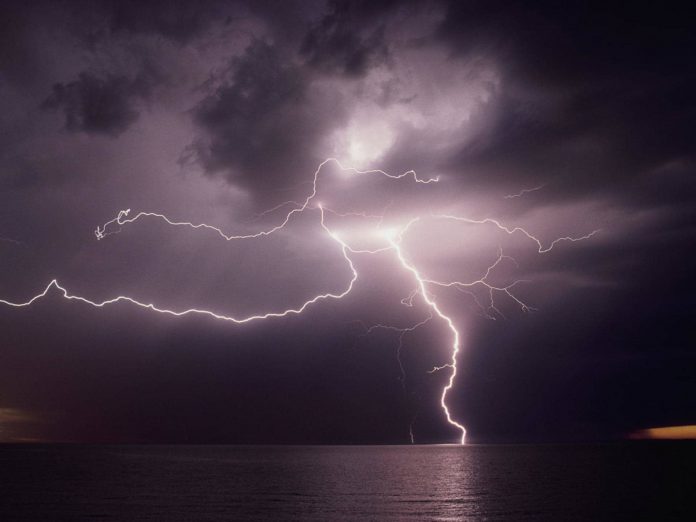 Two students have been reportedly killed by lightning at Anakaputur on October 31. The two students Lokesh (19) and Kishore(17)  were using their phone when the lightning strike hit them.

Reports say that, Kishore had come to Lokesh’s house for group study. Since it was raining, the two guys were sitting in the terrace with a big back umbrella.  The two were using their mobile phones when the incident happened, with Lokesh attending a call and Kishore listening to music.

After the lightning flashed around 8:28 p.m.  Lokesh’s mother called out for the two to come down. When she heard no response, Lokesh’s father went up to fetch them and only then did they find the two with burn marks and their phones in a semi burnt condition. The boys were rushed to the hospital, where they were declared dead on arrival. A case of accidental death has been registered.

The investigating officer said that their umbrellas and mobile phones were half burned and both were found lying in a corner. Both of them had sustained burns on their back and thighs.

In 2006 (BBC News and British Medical Journal ), the US National Oceanic and Atmospheric Administration (NOAA) issued a statement, saying lightning is not attracted to people carrying mobile phones.

“Cell phones, small metal items, jewellery, etc., do not attract lightning. Nothing attracts lightning. Lightning tends to strike taller objects,” said John Jensenius, a NOAA National Weather Service lightning expert. “People are struck because they are in the wrong place at the wrong time. The wrong place is anywhere outside. The wrong time is anytime a thunderstorm is nearby.”

Previous articleNon-Stop Rains Are Expected In And Around Chennai…
Next articleSecond Of The Two Tunnels Of CMRL, In North Chennai Is Now Complete