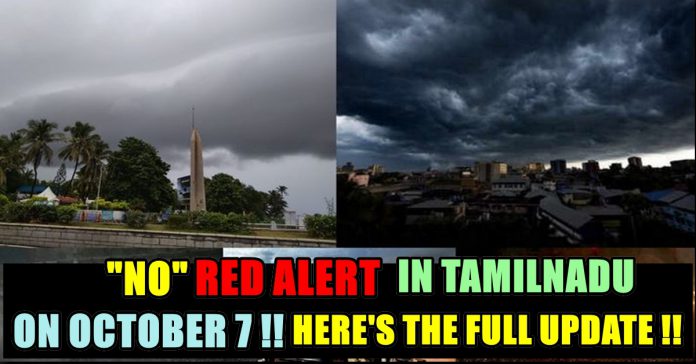 “No” Red Alert In Tamilnadu On October 7 !! IMD Withdrawn The Alert & Here’s What Happens !!

The Indian Meteorological Department (IMD) has withdrawn the Red alert issued for Tamil Nadu while stating that some parts of the state are expected to witness isolated rainfall. 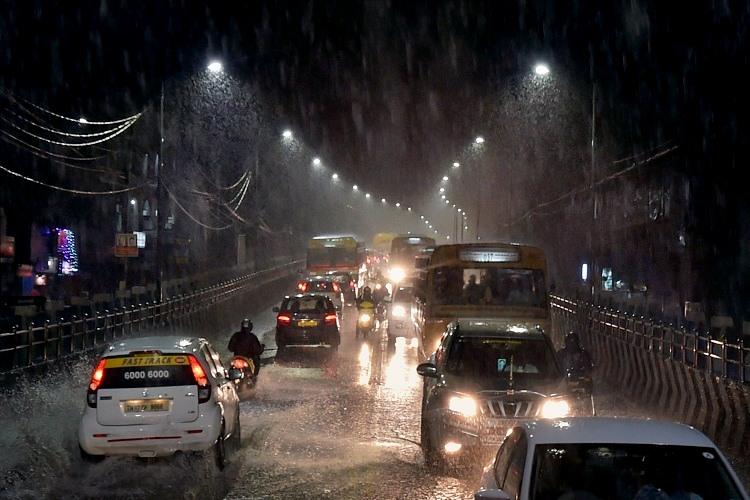 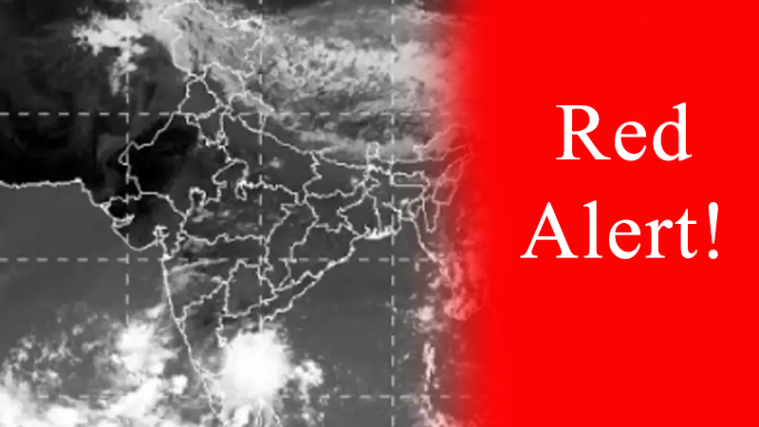 Addressing the media on Friday, state Revenue Minister RB Udayakumar stated that precautionary measures were being taken in the state in view of the impending rains.

District collectors in the state were asked to closely monitor the situation, and warn fishermen against going out to sea over the next few days. He had asked for all district collectors in areas near the sea to take immediate action to ensure that people were safe during the heavy rains. 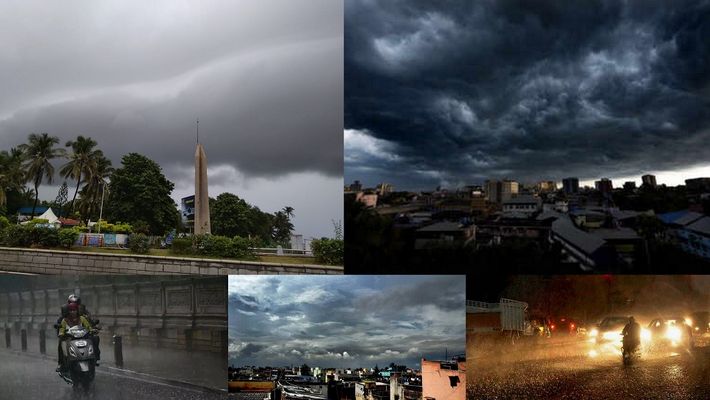 S Balachandran, director of the Area Cyclone Warning Centre had stated to media on Thursday that, “a low pressure area is set to form over South East Arabian Sea on Friday, October 5. It is likely to intensify as a depression and will likely turn into a cyclone over 36 hours and move towards Oman. Chennai and its suburbs will experience intermittent rainfall. For now, very heavy rainfall is predicted in a few places.”

Besides, it was reported that NDRF teams have been dispatched to Madurai, Coimbatore, Ooty, and Kanyakumari in case people needed to be evacuated from these areas.

Kamal Haasan released a "thanks note" through the official Twitter account of his production house Raajkamal films international and expressed his gratitude to fans...