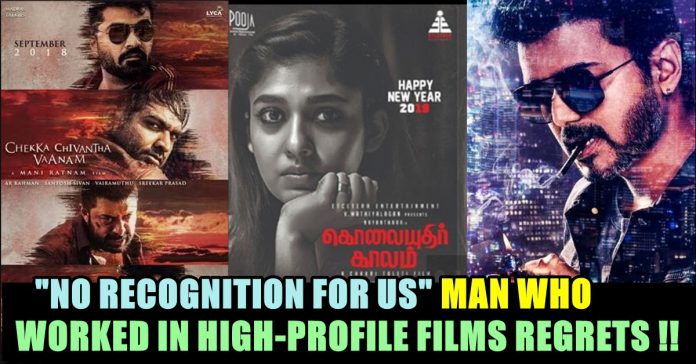 Gopi Prasanna is one of the leading publicity designers of Kollywood industry. Starting his career through critically acclaimed National Award winning film Aranya Kandam, Gopi now has a handful of films to work on.

“When I worked on Aaranya Kaandam, I was just helping out director Thiagarajan Kumararaja, who happens to be my friend. I didn’t expect the film to open a new door for me. My work in the film got noticed, and even today people remember the posters that really stood out. Soon after, offers started pouring in, but I’m very choosy about the projects I choose.” said Gopi in his interview with First Post. After taking part in multiple careers in programming, gaming, advertising and branding, Gopi is enjoying his current stint as a publicity designer. “Right now, I’m enjoying this phase — creating posters. Each project is giving me the opportunity to explore something new and I’m thoroughly enjoying the experience,” said Gopi in that interview. 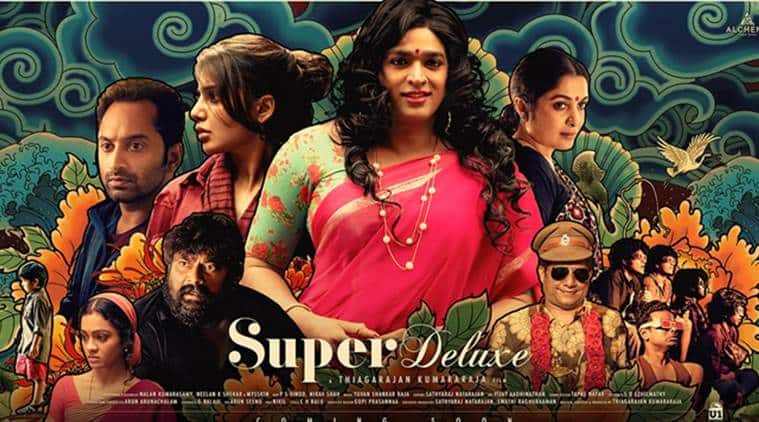 Gopi is the one who designed posters for films such as Kaththi, Vikram Vedha, OK Kanmani, Chekka Chivantha Vaanam, 96, Kaatru Veliyidai, Theri, Raja Rani, Paradesi etc. Today in his twitter account the designer posted a tweet regretting the denial of recognition for his very own department in the film industry.

Getting award from Vikatan for best crew category for the film “96” Gopi prasanna expressed his disappointment about the non-existence of best publicity designer award category.

It is indeed a painful truth to know that there is no award recognition in any kind of award functions for a particular department of Cinema industry.

Bro meratti vitutu irukinga…keep going….I mean…you are inspiring us much with your work…many times seen your Twitter account bio…have thought to build the same set of skills from web designer to publicity designer…much love ♥️

Happy to read your reply… but … Publicity design is not the ultimate height for design. All the best 👍

Hopefully next year they should consider abt this 🤷🏼‍♂️ @vikatan

Recognization Is Important for the Visiting Card of the Film !

Well, have my love for your excellent work for 96. So aesthetic.

Haha.. feeling the same sir.. need a category for #publictydesigns 👍🏼

Nayanthara’s Kolayuthir Kaalam, Sivakarthikeyan’s science-fiction film and Suriya’s next yet-untitled project with Sudha Kongara, Thyagaraja Kumararaja’s Super Delux are some of the most anticipated upcoming projects of Gopi Prasanna.