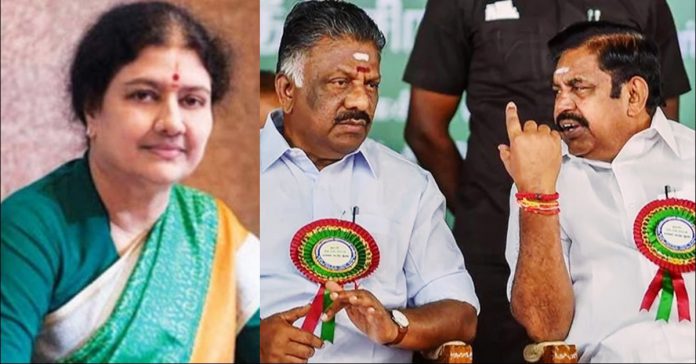 Ahead of the Tamil nadu assembly election, Political party leaders and members are busy campaigning for their respective parties. Alliances between different political parties are also being announced after the official announcement on the election date. Minister Jayakumar who met reporters at the headquarters of ADMK, confirmed that there will be no alliances between ADMK and AMMK, led by T.T.V. Dinakaran and V. Sasikala.

When a reporter asked whether BJP suggested ADMK to have an alliance with AMMK for the upcoming election, Minister Jayakumar said that no one could compel the leaders and members of ADMK party. “No one could compel us. BJP never indulged in the internal affairs of our party. There was a big rumour doing rounds saying that BJP is directing us. BJP never involved in the intra-party affairs of our ADMK” Minister Jayakumar said to the reporters.

“As Chief minister Edappadi K Pazhaniswamy said, there is no possibility for AMMK or Sasikala to join hands with ADMK. There is no chance for that 100 %. This is the position of the party” he reportedly said and compared the members of AMMK with foxes and members of ADMK with Lions.

“The talks regarding the alliances of ADMK party is going on smoothly and our party will win the majority constituencies” Minister Jayakumar said while interacting the reporters.

Previous articleRaiza’s Fitting Reply To An Inappropriate Comment Of A Follower !!
Next articleVeteran Actor Sivakumar Stopped Acting Due To This Behaviour Of A Girl ?? WATCH