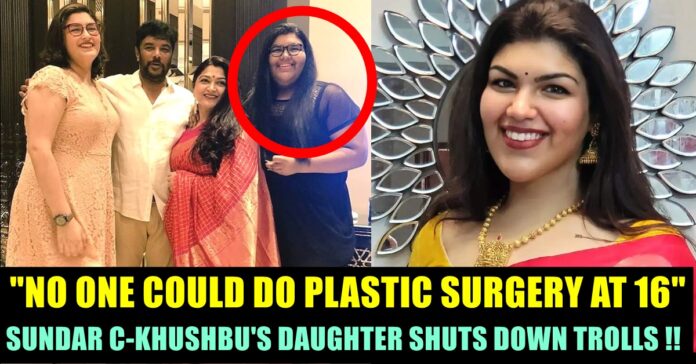 “No One Could Go Through Plastic Surgery At 16” – Ananditha Sundar !! WATCH

Anandita Sundar, youngest daughter of Sundar C – Khusbhu couple, in a recent interview with a youtube channel, has talked about the body shaming comments she faced while she looked a bit different weight wise and how people reacted after she transformed herself through hard work. In 2000, actress Khushbu and director Sundar C got married. She has been using the married name Khushbu Sundar since then. They have two daughters, Avantika and Anandita, after whom they named their production house, Avni Cinemax. 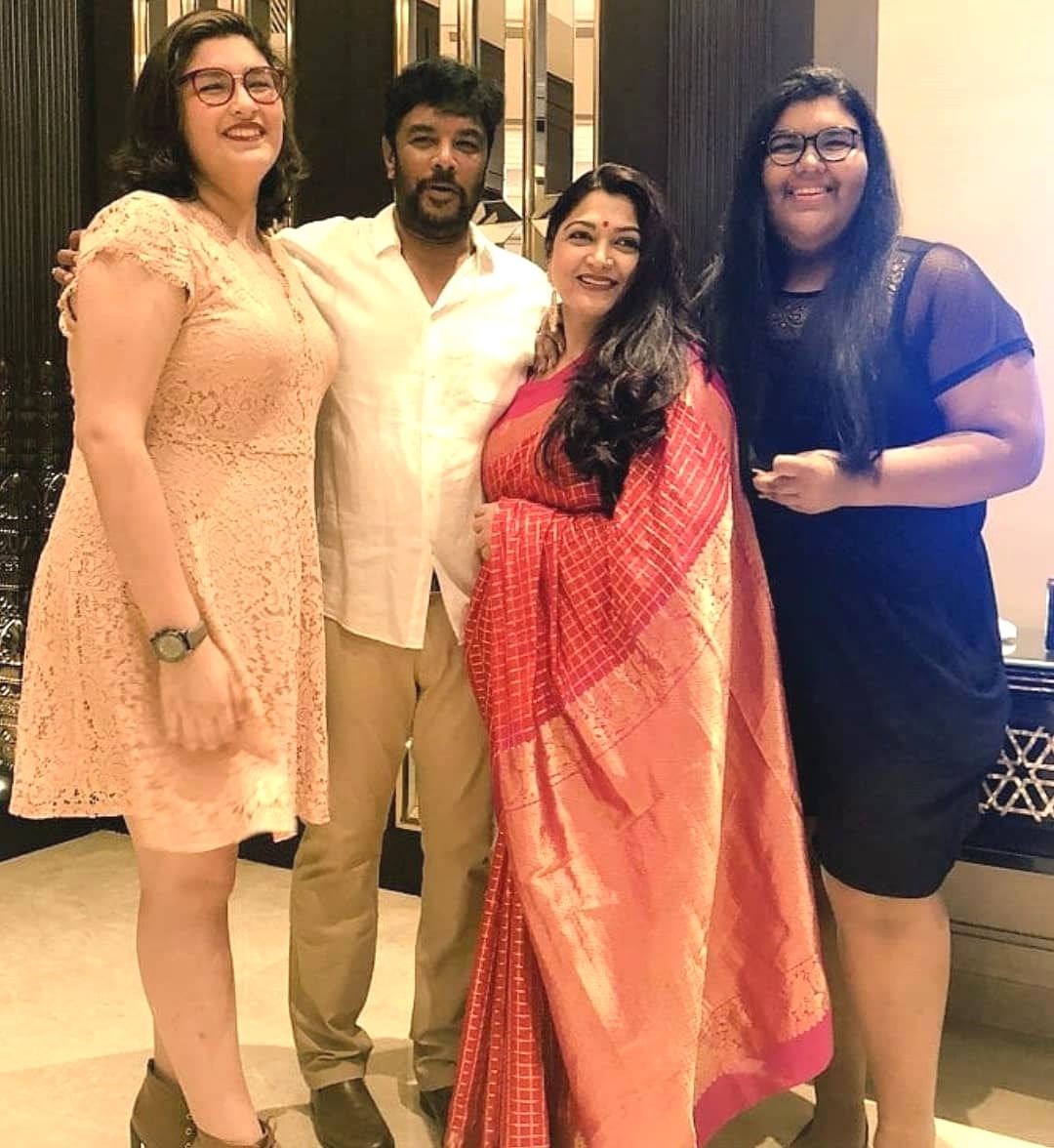 Anandita Sundar who is currently studying in a college, said that she is interested in focusing on writing and production. It is notable that the celebrity couple’s eldest daughter Avantika Sundar is going to be debuted in film industry soon as an actress. As a result, actress Khushbu, through a tweet, said “And BTW my elder one just finished her acting course with flying colors in one of the most prestigious acting school in London. Her struggle starts now as she wants to make it on her own. So no, we won’t be launching her or recommending her anywhere. She needs your blessings 🙏🙏”

And BTW my elder one just finished her acting course with flying colors in one of the most prestigious acting school in London. Her struggle starts now as she wants to make it on her own. So no, we won’t be launching her or recommending her anywhere. She needs your blessings 🙏🙏

Anandita Sundar, in her recent interview to newsglitz, had said that there will be a talk about Nepotism about her and her sister’s entry in the film industry but they can survive in the industry only if they impress the audience.

While talking about the problems she faced in social media, Ananditha said thatshe had a public account from age 10-17. “Along with the positivity, I also received negativity as a byproduct. I received lot of body shaming as I was lot more bigger. More than anything, I faced lot of body shaming. One thing that used to hurt me a lot was the comparison they make between myself and my mother” Anandita said. “My mother is so much beautiful and one couldn’t match her beauty. People hurt me saying that I was not as attractive as my mother through comments and messages” Ananditha said.

“When I was 17, I realized that it is not the age to face all the negativities and went private. My life is good after going private and I am going to be in the centre of public eye after becoming a producer or an actor, so I decided to stay private” Anandhitha said.

Further Anandhitha said “When I was bigger, they used to brand me as “Gundu”and when I lost weight, they said I went through plastic surgery. No one could do plastic surgery at the age of 16 or 17. A little bit of sense would help them to understand it. Thesame people who asked me to reduce my weight, starting saying that I look like an older woman and even said that I didn’t look my age” Anandhitha said. “I went private because I want to enjoy me teen ages” she added.