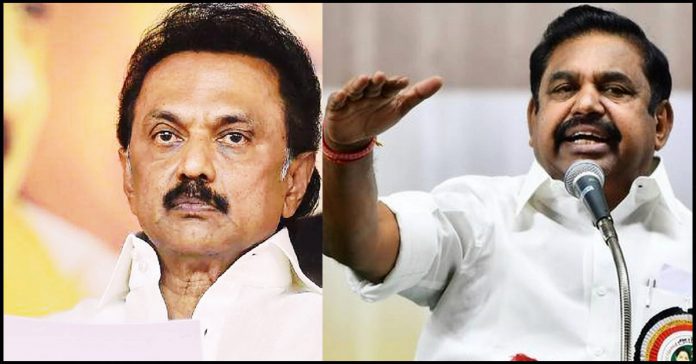 Chief minister Edappadi K Pazhanaswamy who is currently involved in campaigning for his political party in Sri Vaikundam of Thoothukudi, has criticized DMK’s idea of receiving petitions from the public. Pointing out the initiation of 1100 helpline service, the joint coordinator of AIADMK party has said that the people of the state improved technically and the party DMK doesn’t need to receive petition from public. He said that the process of receiving petitions from public is a 50 year old method and criticized M.K Stalin for doing it now in the name of campaign.

“Nowadays, Mr. Stalin is carrying a box wherever he goes. After interacting with the public, he asks them to write petitions on their grievances and to put it in the box. He promises to solve their problems after becoming the Chief minister of this state. What were you doing all these days ??” questioned Chief Minister Edappadi K Pazhaniswamy.

“One can seek help through a cell phone by staying in their home and I made the announcement for it in the assembly on September, 2020. What are you going to do by receiving petitions now ?” the Chief minister asked. “I have launched the helpline number 1100 two days ago and people can make use of it to solve the problems that are taking place in their locality. It would help them to contact with the appropriate government authorities directly” he further said.

“Now, you don’t even need to receive petitions from the public” he criticized the leader of party DMK. “This is a scientific world and we don’t need to write petitions” Chief minister Edappadi K Pazhaniswamy said to the public.

Previous articleChinmayi Shared Screenshot Of Youth’s Inappropriate Texts !!
Next articleSiddharth’s Fitting Reply To A Woman Who Termed Him As A “School Drop Out” !!