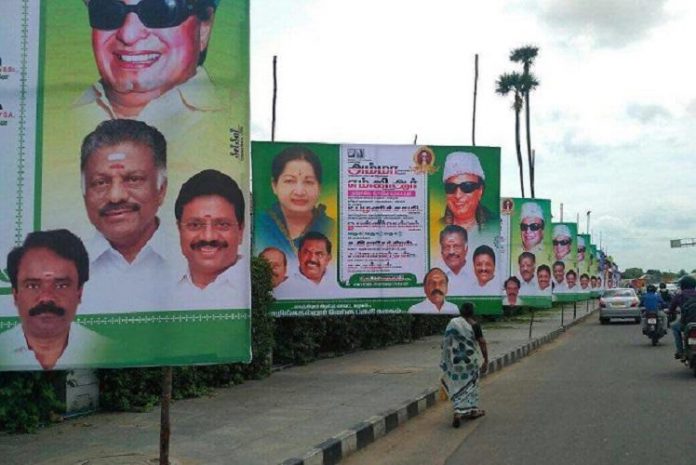 Madras high court laid a ban on usage of any living person’s image or drawings in banners, throughout Tamil Nadu after a resident files a complaint in the corporation, wherein the skycraping banners are a very common part of our roads and streets.

Justice S Vaidhyanathan gave the Judgement in order to dispose off the case filed by B. Thirulochana kumari, a resident of Arumbakkam, seeking the action of commissioner of corporation and Police commissioner to remove a party’s name board, banner and a flag mast ercted in front of her residence. “In order to maintain a clean atmosphere in the state and to avoid unnecessary drawings on the walls of buildings/residential places, this court directs the chief secretary to ensure that the provisions of the Tamil Nadu Open Places (Prevention of Disfigurement) Act, 1959 is complied with. If at all any permission is given by the authority concerned for erecting banners, flex boards and signboards, they shall ensure that the photographs/pictures of such persons who are alive shall not be depicted on them. It is further directed to ensure that the photographs/pictures of the persons, who are sponsoring such banners, shall also not be depicted,” said Justice S. Vaidhyanathan in his order. Following the judgement, corporation officials submitted a report stating that the banner, name board and the flag mast which was erected in front of the petitioner’s house were removed and they also stated the police department will see to that no such incidents would happen in the future.

While several political parties of state Tamil nadu are making various kind of promises to attract people ahead of the upcoming assembly elections, Senthil...