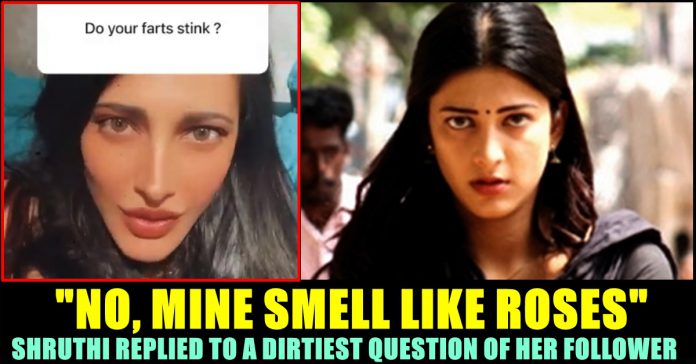 South Indian actress Shruthi Haasan replied to one of the dirtiest questions of her follower in a sarcastic manner. She who conducted a question and answer session with her Instagram followers, answered to many of their questions which included some of the weirdest ones. Shruthi also answered to them by using strange filters and used the company of her boyfriend to answer a few. However, the most dirtiest one came from a follower who asked whether the actress’s “farts” stinks. The actress who chose to reply to the question, gave a sarcastic reply and laughed out loud.

Being a daughter of India’s popular iconic celebrity, Shruti Haasan earned herself a name through sheer hard work. She happens to be one of the most active celebrities in social media platforms as well. Having more than 1 crore and fifty lakh followers in Instagram and 70 lakh followers in Twitter, Shruti never missed to engage her followers by uploading pictures from her photo shoots and by conducting chat sessions with them frequently.

After appearing in couple of her father’s films as a child artist, Shruthi Haasan made her Tamil debut as heroine 7 aam arivu and continued to act in film films like 3 with Dhanush and Vedhalam with Ajith Kumar. She is also acting in other language films, mainly in Telugu. On Sunday, the 35 year old actress spent some time with her Instagram followers and answered to many of their questions.

One of them had the courage to ask whether the actress’s “farts” stink. Answering to him/her, Shruthi said “Of course not Darling, mine smell like roses. sometimes like Tulips. That just Magical really”

On the work front, Shruthi Haasan is going to appear in “Laabam” which was directed by late filmmaker SP Jananathan. She is going to pair up with Vijay Sethupathi for the first time through the film. She who did an extended cameo in Pawan Kalyaan’s “Vakkeel Saab” is going be seen in “Salaar” of Prabhas as well. 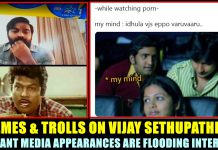 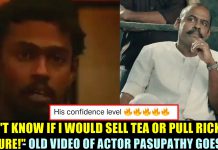 “I Don’t Know If I Would Sell Tea Or Pull Rickshaw In Future” – Old Video Of Actor Pasupathy Goes Viral! 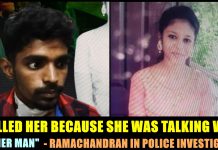 Dhiwaharan - September 25, 2021
0
There is no actor with "zero haters" in the Internet era. Actor Vijay Sethupathi who was considered as one of the very...

Shreenithi - September 25, 2021
0
A video of actor Pasupathi has been posted on Twitter. The video is of Actor Pasupathy talking before becoming an actor. In...

“I Killed Her Because She Was Talking With Another Man” – Ramachandran In POlice...