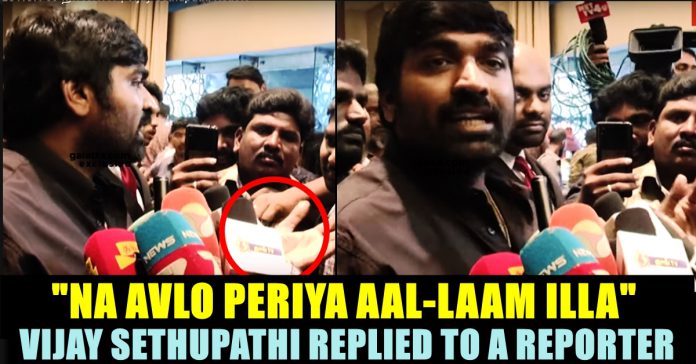 Sindhubaadh is an upcoming Indian Tamil-language action thriller film written and directed by S. U. Arun Kumar which is produced by S. N. Rajarajan and Shan Sutharsan under the production banners Vansan Movies and K Productions. The film stars Vijay Sethupathi and Anjali the lead roles. Music composed by Yuvan Shankar Raja, cinematography done by Vijay Kartik Kannan and edited by Ruben. 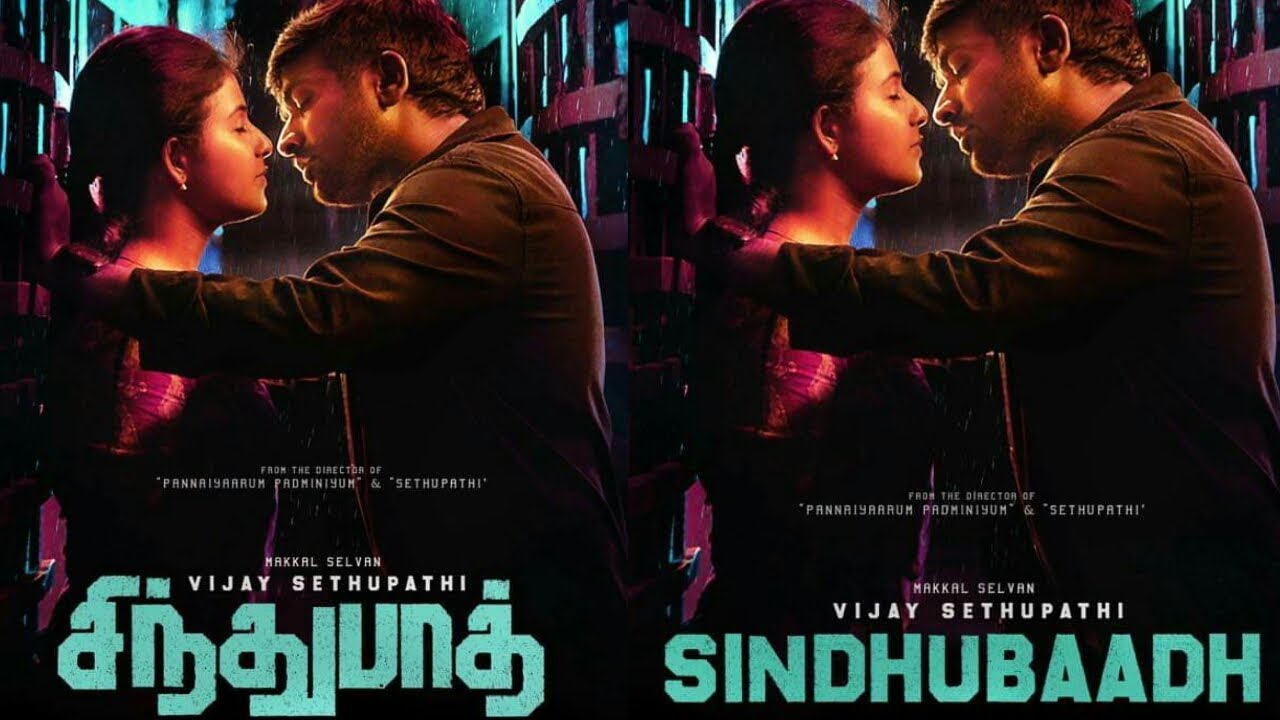 The movie’s audio launch took place recently in which Vijay Sethupathi shared about the movie and about the Nadigar Sangam election. When media people asked him which team he is going to support for this election, Vijay Sethupathi said that he personally talked to a team who promised everything he demanded for the good cause of Tamil film industry. However, the actor denied to reveal the team he talked to. “I will vote to the team i wish for. that’s it” the actor said to the press.

When one of the reporter asked whether both the team discussed to him regarding the election the actor politely said “I am not that much a bigger person in this industry to discuss everything with me. We have lot of problems in the industry. I will be very much happy if every problem sorted out by the team which is going to win”.

While talking about the film and it’s director Arun Kumar, Vijay Sethupathi said that he asked Arun to work with other actors in order to get himself out from the comfort zone. “No actor believed him so we did Sethupathi together. Then I asked him to do the same and suggested him to some heroes as well but again no one believed him. So we joined hands together in this project. I love the way he portray characters in his movies especially women. He know how to enjoy tiny things in life which made our bond even stronger. We became family friends which is one of the reason for my son to cast in this movie”  said Vijay in the press meet.

“There are several action scenes in the film. In fact, the entire second half of the film can be considered as the climax. With the film, I got the opportunity to interact with a wonderful person like Yuvan Shankar Raja. His songs and background score also got the instant connect”, he added.

Directed by Arun Kumar, the film has Yuvan Shankar Raja as music composer. It also has Anjali and Surya Sethupathi  in pivotal characters. Sindhubaadh is scheduled to release on June 21.

Previous article“They Started Telling It Is A Leaked Video” Shalu Shamu Revealed About The Darkest Moments Of Her Life !!
Next articlePakistan Getting Mercilessly Trolled For Their Ad On Abhinandhan To Mock Indian Cricket Team !!

Nayanthara will share screen space with Thalapathy Vijay after 10 years in his 63rd movie. After the great success of Sarkar, Vijay started work on...