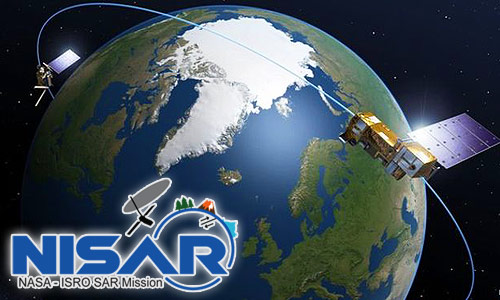 NISAR Satellite – The collaboration of ISRO and NASA for the first time!

Owing to the
rising temperature, and 2015 marked  as
the hottest year on record going back to 1890s, ISRO and NASA are
coming together for the first time to develop a satellite that will be
dedicated to the study of climate change with a special focus on earthquakes
and their patterns. It is also designed
to observe and take measurements of some of the earth’s most complex processes,
including ecosystem disturbances, ice-sheet collapse.
The
satellite that ISRO and NASA will jointly develop is named  NISAR
or NASA-ISRO Synthetic Aperture Radar. They  have agreed to
launch it from India in four years from now, around 2020 or 2021.
Developing of
the NISAR satellite will involve the building of payload consisting of L- and S-bands.
Therefore, NASA will provide the L- band components while ISRO will provide S-
band components.
The head of
NASA, Astronaut Charles Bolden and the chairman of ISRO, Dr Kiran Kumar are very
excited for this joint venture and hope to launch it very soon.
The NISAR
satellite won’t be the first one developed  for observing the Earth’s seismic activities.
There are about 130 satellites already doing that job, except that there is no
coordination in the various satellite-based Earth studies. NISAR is expected to
mark a significant milestone in the better understanding of the Earth’s
climatic changes.
Previous articleHow This American Lady Fell In Love With Gujarat Slum Boy & Got Wed In India Is Super Romantic
Next articleLast Few Days For The Start Of Season 6… Expectation Are Sky High Whether Jon Snow Is ALIVE OR NOT??

During the 10th match of the ongoing 12th season of the Indian Premier League between Delhi Capitals and Kolkata Knight Riders at Delhi, Delhi...

Lately, A draft on the New Education Policy suggested that Hindi should be included in all schools, including in non-Hindi speaking states. The volatile...