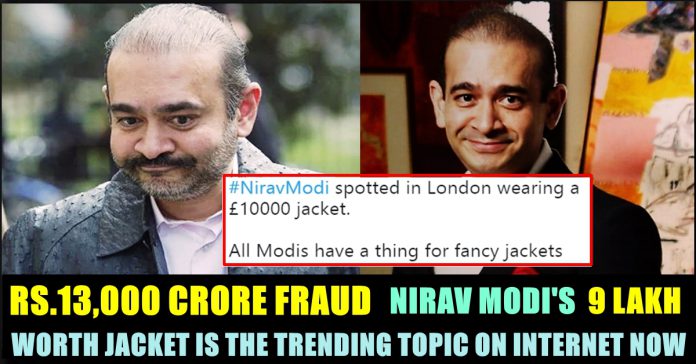 After a video of Nirav Modi walking down a London street surfaced on the Internet today, social media users were quick to take a swipe at the fugitive billionaire and soon, the hashtag #NiravInLondon was trending on Twitter.

Nirav Modi, wanted in India in an alleged Rs. 13,000 crore bank fraud case, has reportedly started a diamond business in London. British newspaper The Telegraph carried a two-minute clip of the fugitive diamond trader walking on a street in London’s West End. 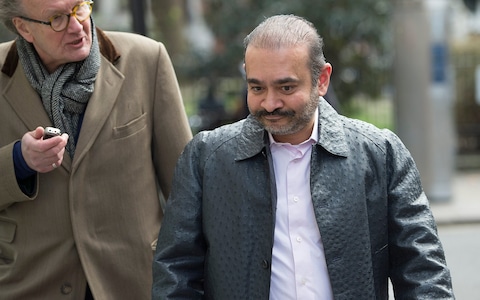 Nirav Modi and his uncle Mehul Choksi are the prime accused in the Punjab National Bank scam. Mr Choksi holds a citizenship of Antigua and Barbuda. Both left India in January last year before the PNB scam broke.

Check out the tweets here :

Breaking: Nirav Modi arrested by London police. They burned his jacket and released him.

Ostriches aside….anyone think it’s ironic that Nirav Modi was found because of a ‘Hide Jacket’?

The ostrich-leather jacket, worn by #NiravModi, is a poetic representation of our nation. We are a society of ostriches after all, when there is trouble we bury our heads in sand and pretend there is none as we can’t see any.

#NiravModi was spotted in London wearing a jacket made of Ostrich Leather.

Had never heard of anything made of Ostrich leather.

They are having a Galatime on money.

“Sorry, no comment” says #NiravModi trying to ‘bury his head in the sand’

The fact that he was wearing an Ostrich hide jacket is only a strange coincidence! pic.twitter.com/wMt4ChWzaz

All Modis have a thing for fancy jackets

For those of you who are wondering why #NiravModi wore an ostrich hide jacket- He was just being an ostrich! #niravinlondon pic.twitter.com/Do3whuTTWG

At least Nirav Modi should have hid his face in that Ostrich jacket as a tribute to ostriches. #NiravInLondon

In a pink shirt topped with a $10,000 jacket and sporting a handlebar moustache, Nirav Modi was seen evading questions in the video as he was pressed asked about his extradition case in India. Nirav Modi is the subject of an extradition request by India, along with an Interpol Red Corner Notice being issued for the PNB scam accused.