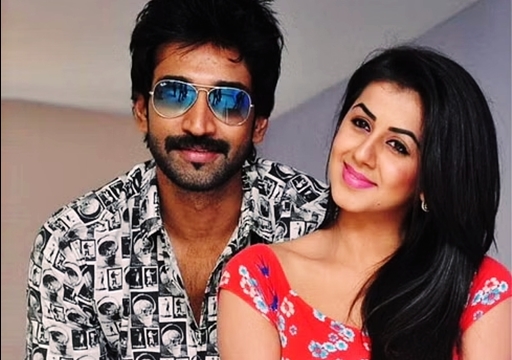 Since last evening, news about the engagement of actress Nikki Galrani and Aadhi who paired with each other in a film called “Maragatha Naanayam” is doing rounds widely among the online users. Now, confirming about the same, the actress came up with a post in her official Instagram handle and surprised fans with a picture from the special event.

Actress Nikki Galrani debuted through a film named “Darling” whereas Adhi’s first film is “Mirugam”. They both shared screen space together in the film “Maragatha Naanayam” in which a song which goes like “Nee Kavithaigalaa” became a sensational hit. They also acted together in other films such as “Yagavar aayinum Naakaakha”, “Malupu”

After mere speculations on the couple dating each other for a long time and getting engaged, Nikki confirmed about the same through her official Instagram handle. The event took place as a private ceremony with people from the close circle of the couple attending it, according to reports. 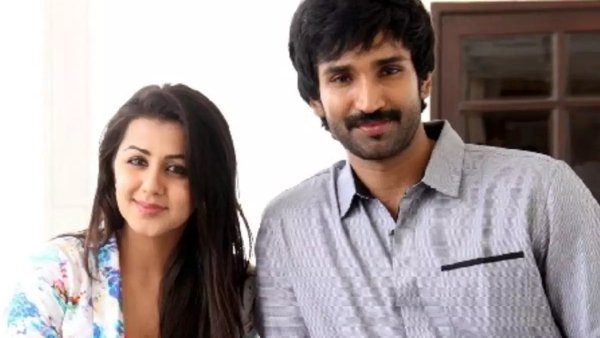 Earlier pictures of Nikki attending the birthday party of Aadhi’s father did rounds in social media platforms and the pictures of the couple in Hyderabad were also occupied the internet medium.

In her Instagram post, Nikki Galrani and Aadhi wrote “The best thing to hold onto in life is each other. We found each other a couple of years ago & it’s official now 💍 24.3.2022 This day was really special to us. We got engaged in the presence of both our families 🌸 Seeking all your love & blessings as we take on this new journey together ♥️” to make the speculations true. The pictures showed them happily holding hands and hugging each other with wide laughter in their faces.

Check out the posts below :

Many celebrities queued to wish the lovely couple in the comment section of their Instagram post. On the work front, Aadhi is currently working on a bilingual project titled “Warrior” which is being directed by Linguswamy. Nikki Galrani is awaiting for the release of her spoof horror film “Idiot” which is scheduled to release on 1st of April.

Let us wish the couple to lead a healthy and happy marriage life together for years and years to come!!

Previous articleVishnu Vishal Got Upset Over The Insensitive Hashtags That Are Being Trended By Toxic Fans!!
Next articleHere’s How Top Tamil Celebrities Reacted After Watching “RRR”!!

On Thursday morning, a number of prominent media portals came up with a report saying that actress Samantha has been admitted to hospital followed...

Yogi Babu alerted his fans for the second time after a poster of an upcoming film named "Dhadha" released with his poster. The "Love...