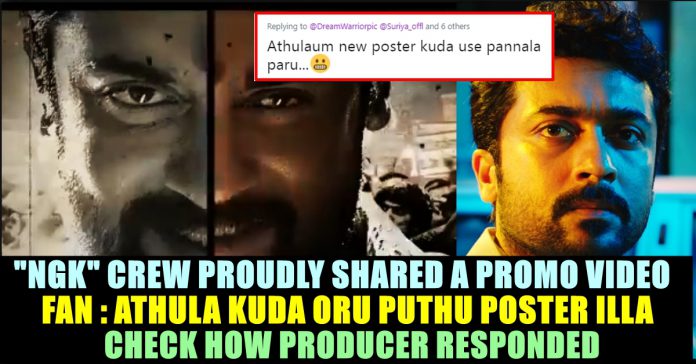 Being one of the most expected films of the year NGK: Nandha Gopalan Kumaran is all set for their promotions. It is an upcoming Indian Tamil political action thriller film written and directed by Selvaraghavan. Suriya, Rakul Preet Singh, and Sai Pallavi play the lead roles while Jagapati Babu plays a pivotal role.

Produced by SR Prabhu and SR Prakashbabu for Dream Warrior Pictures, NGK has music by Yuvan Shankar Raja and cinematography by Sivakumar Vijayan with Praveen KL’s editing. We had already given you an update that a single from NGK will be released on April 12. And now, the song title has finally been revealed and going by the title it is sure to keep fans hooked on to it for quite a while after it releases! While the song is all set to be out on April 12, the makers decided to share the Promo of it in Twitter. The previous combination between director Selvaraghavan and Yuvan Shankar Raja has been tremendous and considered as evergreen by the fans. Now sharing the promo of the song the makers took twitter and wrote “Adding to your excitement, here’s #Thandalkaaran promo! “

The song sounded uber cool and many fans lauded it as Yuvan delivered it his very own style. Meanwhile one of an ardent Surya fan disappointed with the video as it had only the old posters of the movie. Usually Lyric videos that are releasing would contain exclusive new pictures of the movie. In a way of expressing his disappointment the fan asked the producer “Athulaum new poster kuda use pannala paru…😬” (This too has no new posters)

What’s more special is the official handle noted the comment and immediately replied to it with twitter emojis. Check out the reply below :

This song is sure to climb up the charts in no time and become a heavily viewed one. Since the title of the single been released now, anticipation for the film is even higher than ever. NGK’s teaser has already crossed over 10 million views on YouTube and this has piqued the interest of viewers even more. 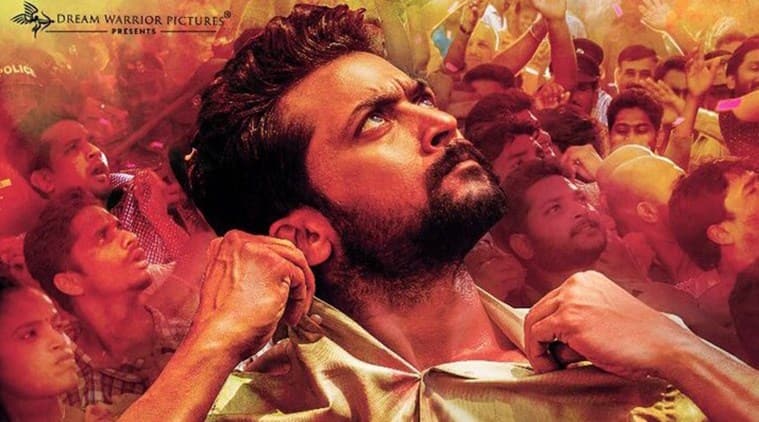 Apart from NGK Selvaraghavan is yet to release his two directorials Nenjam Marappathillai and Mannavan Vanthanadi. Both are completed as per reports but stumbling to release due to some financial issues. Protagonist Surya recently attended Pooja of his upcoming movie directed by “Iruthichuttru” fame Sudha Kongaara. He almost completed the shooting of K.V Anand’s “kaapan” as well.

What do you think on this promo of “Thandal Kaaran” ?? Comment your views below !!

Nayanthara To Team Up With This BIGG BOSS Mammoth In Her Next !! SHOCKING UPDATE !!

even wrote a letter thanking her fans saying it was a wonderful year full of love and positivity. Reports are emerging now that she...