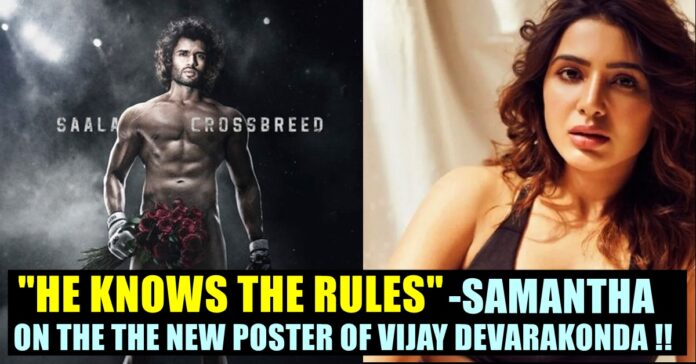 Emerging actor Vijay Devarakonda dropped the exclusive poster of his upcoming film “Liger” and left the entire internet talking about it. Hashtag “Sexiest Poster Ever” is trending in the micro blogging social media site with many leading heroines reacting to it. In the poster, Vijay was seen holding a bunch of flowers underneath his private part which is first of it’s kind poster release of a well known south Indian actor.

Taking to his official social media handles, Vijay Devarakonda wrote “A Film that took my everything. As a performance, Mentally, physically my most challenging role. I give you everything! Coming Soon #LIGER” as his caption.

A Film that took my everything.
As a performance, Mentally, physically my most challenging role.

“Liger” is one of the most awaited films of the “Arjun Reddy” actor in which he is going to play the role of an MMA fighter who goes on to win his matches. Known for his films that involves romance and violence, Vijay is expected to rock in the never seen before Avatar of him. Along with Vijay Devarakonda, the film stars Ananya Pandey, former boxing champion Mike Tyson and others. The film is directed by Puri Jagannath of “Pokkiri” and “Temper” fame.

The film is expected to release on 25 th August, 2022 in Tamil, Telugu, Kannada, Malayalam and Hindi. The film which is making noise ever since it’s announcement, is expected to be the next Pan Indian blockbuster.

Coming back to the recently released poster which could have pulled off only by the 33 year old actor with so much ease and swag, Vijay Devarakonda has been receiving positive reception from many celebrities, especially from the female ones.

Actress Samantha Ruth Prabhu who has been sharing screen space with Vijay Devarakonda in a film named “Kushi” came up with a story sharing the poster and said “He knows the rules, just so he can break them. Guts and Glory” said Samantha sharing the poster whereas Anushka Shetty came up with separate post in her Instagram handle, expressing her support for the film. 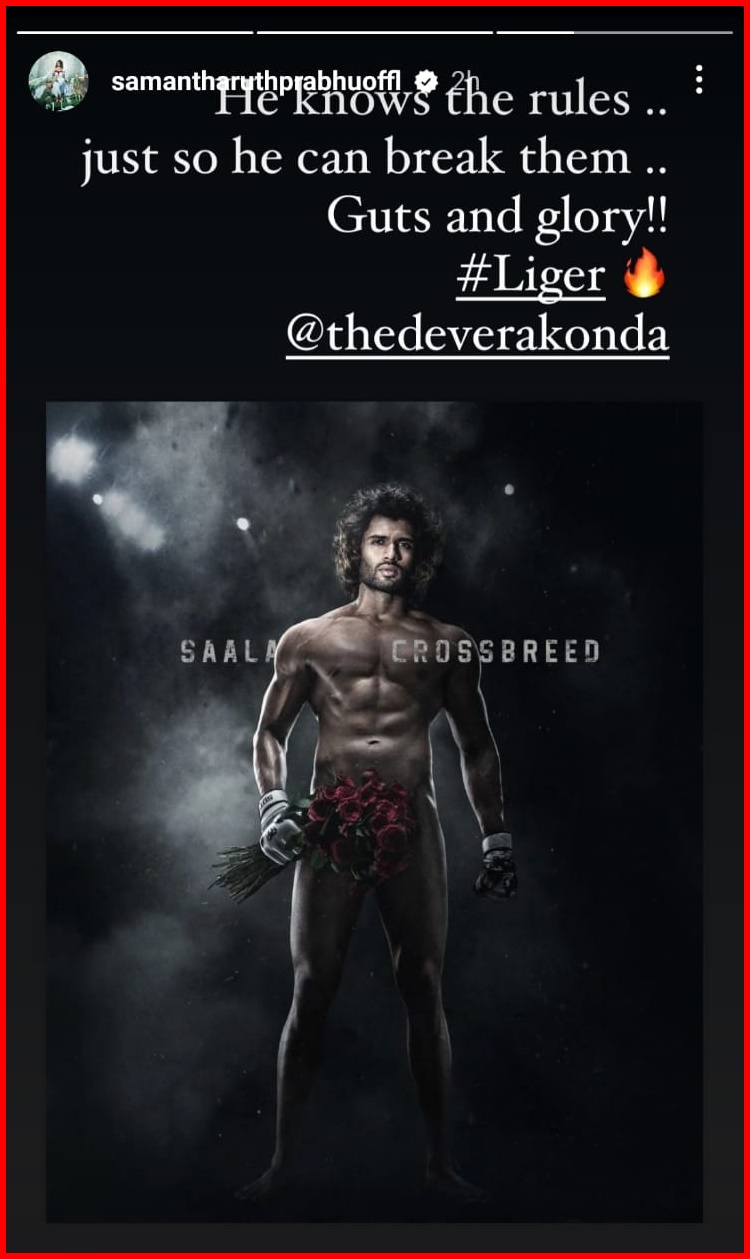 Here’s some of the reactions that surfaced under the “Sexiest Poster Ever” hashtag :

Undoubtedly #SexiestPosterEver
You’re proving why we are crazy about you. And then you should have You truly to out of ur way to make an impact… 👏👏👏#VijayDeverakonda @TheDeverakonda pic.twitter.com/fR1x6XlL3b

I literally can’t stop watching him over and over again
Definitely the Sexiest poster I have ever seen 🔥#SexiestPosterEver @TheDeverakonda . pic.twitter.com/06Rs2wqGAU

Fan Wanted Anitha To Do “Bathroom Tour” !! Check Her Reply

Bigg Boss fame Anitha Sampath replied to a follower of her Instagram handle who wanted her to do "Bathroom" tour. She who is pretty...

Gautham Menon appeared in an interaction with Film critic Suthir Srinivaasan to discuss about his blockbuster flick "Kaakha Kaakha" which celebrated its 17th year...