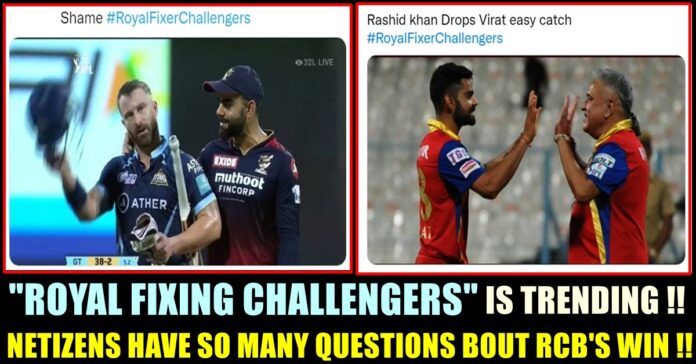 Faf du Plesis led Royal Challengers Bangalore won their second match against Gujarat Lions and stayed in the hunt for the playoffs. Kohli’s stable half century and Glenn Maxwell’s quickfire innings helped the red team to avoid getting eliminated from the tournament. However, a hashtag saying “Royal Fixers Bangalore” is trending after the Karnataka based cricket team clinched the victory. Through the hashtag, Netizens are shooting so many questions about how Bangalore won the match. 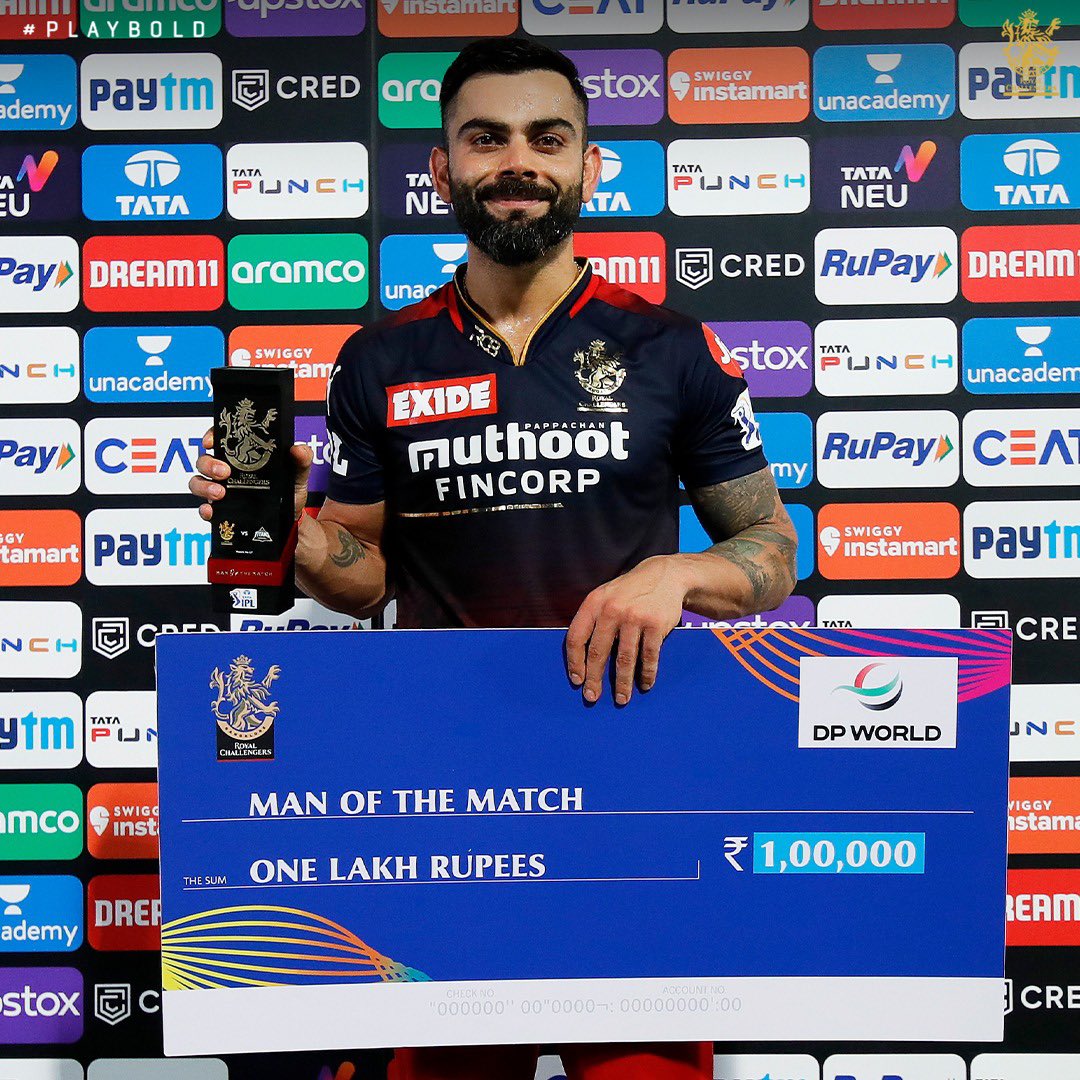 With skipper Hardik Pandya’s 47 ball 62, Gujarat Lions put a competitive total of 168 runs in the board for RCB to chase. Opening batsmen Kohli’s 73 off 54 balls and Captain Du Plessis’s 44 of 38 balls ensured the team’s comfortable victory with 8 balls to spare. Glenn Maxwell registered a ballistic 40 runs of 18 balls t take his team one step forward in the tournament.

Delhi’s loss would ensure RCB team a play off berth. A total of 8 fours and 2 sixes were smashed by Kohli in his innings, come back of whom the who country is waiting to witness. In a over bowled by Hardik Pandya, Kohli was dropped by Rashid Khan. The former Indian captain was named as the man of the match for his calculative innings and his fans became pretty much happy for the batting he displayed. 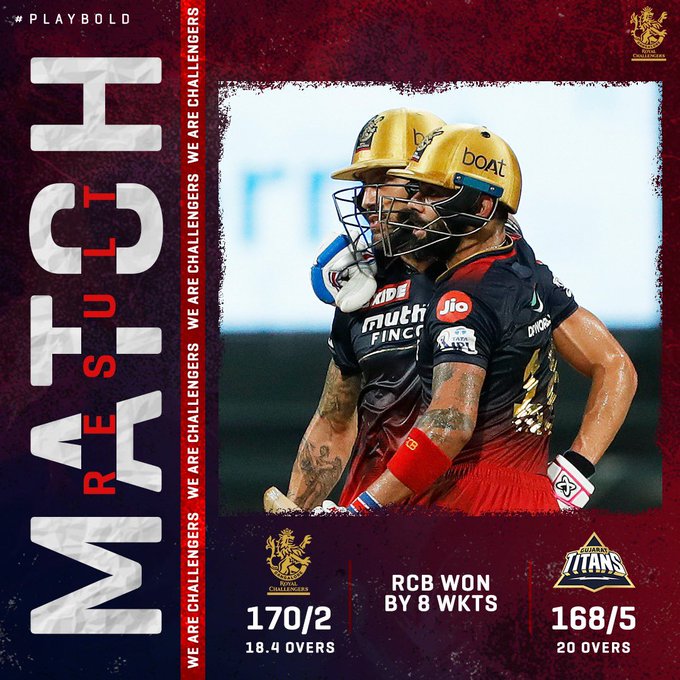 Despite the clean victory RCB registered, a number of social media users started spewing hatred at the team by trending ‘Royal Fixer Challengers” hashtag. They had so many questions about the victory of RCB including Kohli’s drop catch and Hardik’s captaincy. “Is this match fixed! Lockie bowl only 1 over till now and Hardik didn’t give Bowl to Shami in 18th over!” a fan tweeted whereas another one said “Cricket is losing and Money is winning, can’t believe that #RCBvGT match is fixed. Umpires giving decisions in the favour of RCB. They are playing with the emotion of millions of fans”

Is this match fixed!

Lockie bowl only 1 over till now and Hardik didn’t give Bowl to Shami in 18th over! #royalfixerchallengers 🙂

Cricket is losing and Money is winning, can’t believe that #RCBvGT match is fixed. Umpires giving decisions in the favour of RCB. They are playing with the emotion of millions of fans. 💔💔 #RoyalFixerChallengers pic.twitter.com/OFEuZTJTfH

Ferguson and shami ?? Will they even bowl..
Wtf is this?
#RoyalFixerChallengers

Why this match was fixed

1. GT chose to bat first where other teams were fielding first .

2. Wade wicket , Clear deviation when the ball passed his bat

4. Hardik didn’t take the second run on the last ball of 20th over.

Look at the face of Virat , looking so calm in a do or die Match , we don’t see him like this but he knows the result of today’s match cuz they have fixed the match already. Shame #RoyalFixerChallengers pic.twitter.com/0WbOFuH1zM

KGR chapter 2 which is a sequel of 2018 released KGF, got released on 14th of April with much expectations from the fans and...

Official Twitter handle of Greater Chennai Police is pretty active nowadays and has been responding to the complaints that are being made through the...

Not many days ago, Vikram who has acted as Aditha Karikalan in the upcoming magnum opus "Ponniyin Selvan" spoke about the achievements made by...

“There Is No Proper Evidence” – Traffic Violator Claimed!! Check The Reply He Received

Reply made by Bangalore traffic police to a Traffic violator who claimed that there is no proper evidence for him not wearing a helmet...