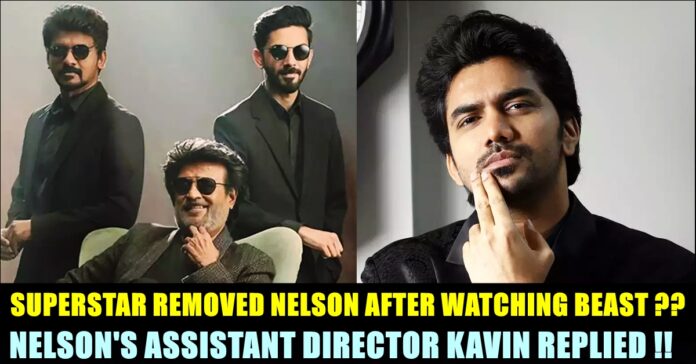 Bigg Boss fame Kavin who is currently busy signing movies, reacted to the recent rumour that surfaced saying Nelson got rejected by Superstar Rajinikanth due to “Beast”. Kavin uploaded the screenshot of Nelson’s Twitter bio in which he added “Thalaivar 169” as one of his works with Rajinikanth’s “Petta” BGM playing in the background in a way of confirming that the filmmaker is going to direct Rajinikanth in his next. 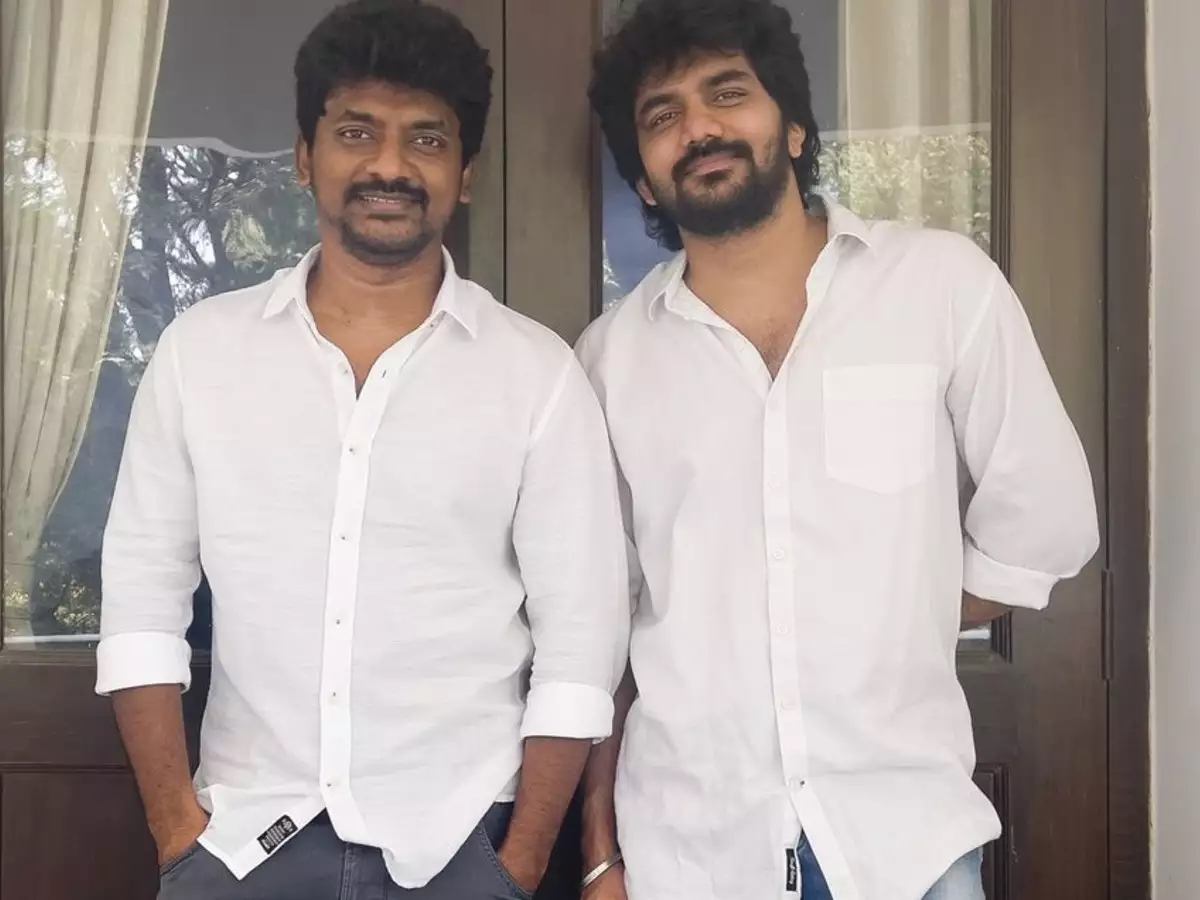 It has been recently announced that Nelson Dileepkumar who debuted through “Kolamaavu Kokila” to Tamil film industry, is going to direct Super star Rajinikanth in his next film which is tentatively titled as “Thalaivar 169”. Anirudh has been roped in to compose music for the film with Sun pictures producing Super star again after “Annatthe”. The promo video showed Superstar Rajinikanth sitting in a chair with his very own swag by having Nelson and Anirudh standing aside. 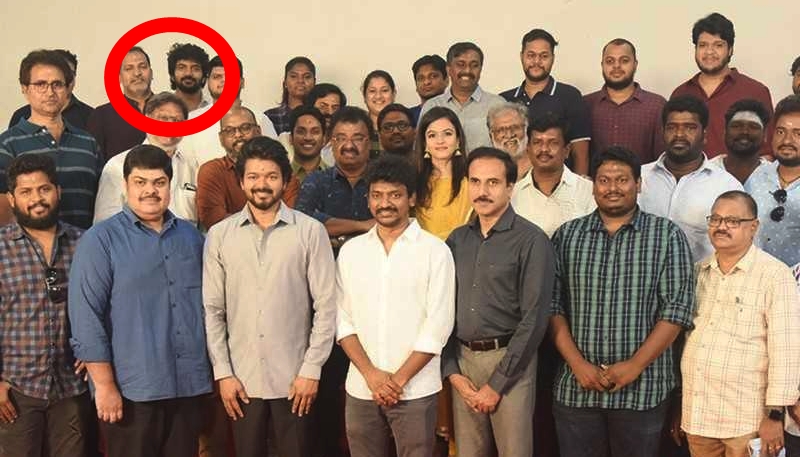 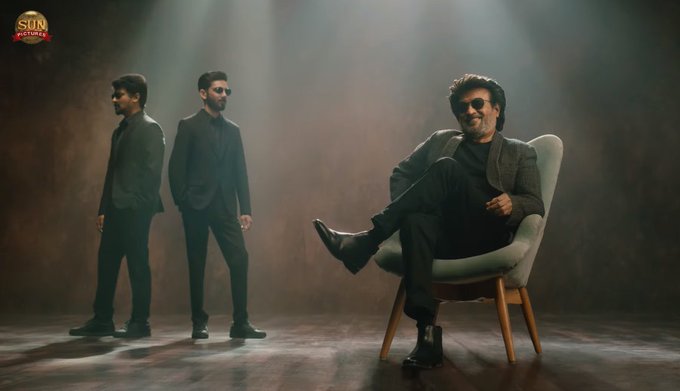 On Tuesday, a strong buzz did rounds in social media platforms saying that Superstar Rajinikanth replaced Nelson Dilipkumar from his upcoming film after watching the special screening of “Beast” in Sun TV office. However, after Nelson brushed off the baseless rumour by adding “Thalaivar 169” in his bio along with “Kolamaavu Kokila”, “Doctor” and “Beast”.

The main reason behind the buzz is the reviews “Beast” is receiving from the audience and critics. The film which didn’t exceed the anticipation level of fans, failed to engage them with a tight screenplay, being a hostage thriller. However, the film’s collection surpassed 200 crores, says reports and the filmmaker is all set to direct Rajinikanth in his next. 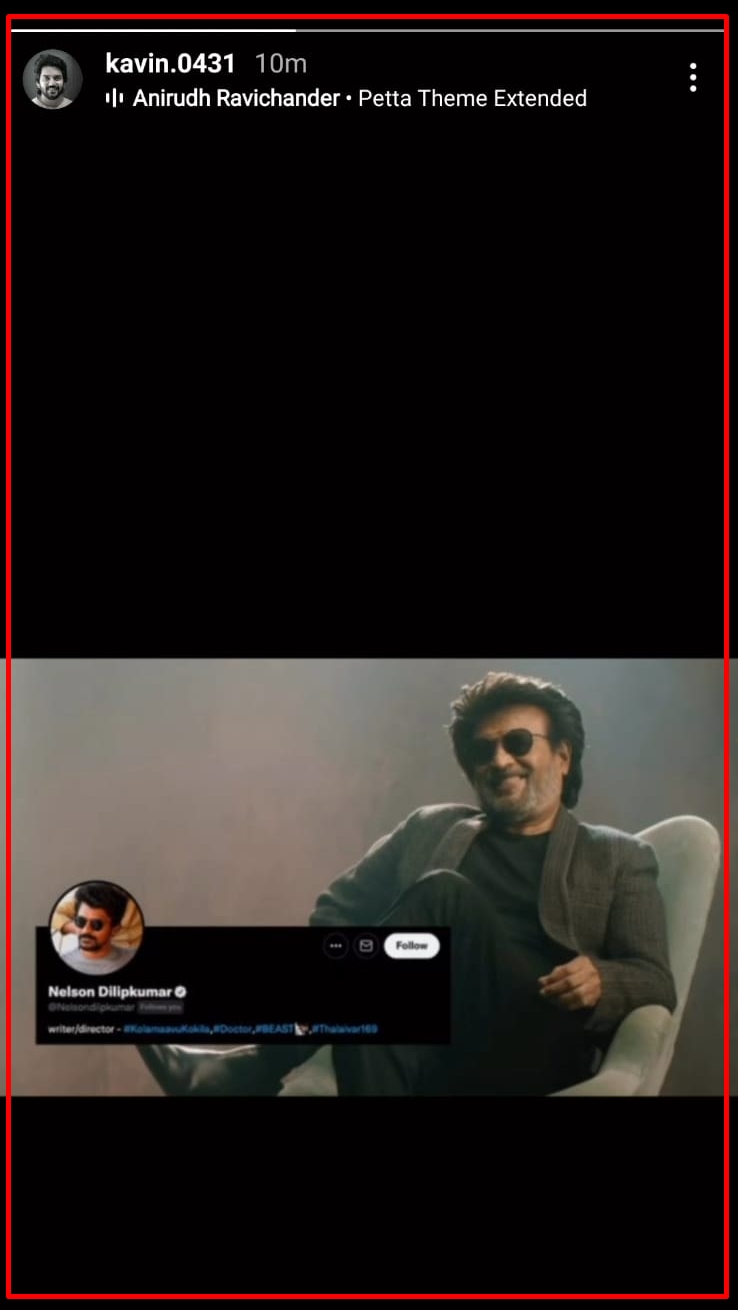 Now, actor Kavin who worked as an assistant director in “Doctor”, “Beast”, in a way of brushing off the rumours, added a post in his Instagram story section, showing the Twitter bio of Nelson in which he added “Thalaivar 169” as his upcoming project. Kavin added “Petta” theme in his background.

@Kavin_m_0431 ‘s story on the recent rumour about Nelson Dilipkumar being dropped from #Thalaivar169 pic.twitter.com/vyrJO9VESP

Actor Kavin who has been travelling with the filmmaker for a long time, in a recent interaction, opened about the early days of the 37 year old filmmaker.

“On seeing his growth, I think like, we were sitting in platform at one stage, now we have office and all” said Kavin and went to share about what kind of house Nelson was living during early days. “Initially he was living in Manthaveli. Literally, he was living in a house which has one hall and a room with his entire family. We used to discuss by walking together at that time. Now, it feels good to see him taking care of his family  and friends who were with him at that time” the lift actor said in a recent interview. Read : “Nelson Anna Was Living In A Single Bedroom House With His Entire Family” – Kavin Opened !! WATCH

Previous articleFollowed By Ilayaraja, Ace Filmmaker Bhagyaraj Facing The Wrath For His Comment On PM Modi!!
Next article“You Are A Muslim But Did A Christian Character ??” – Reporter Asked!! Check Nazriya’s Reply