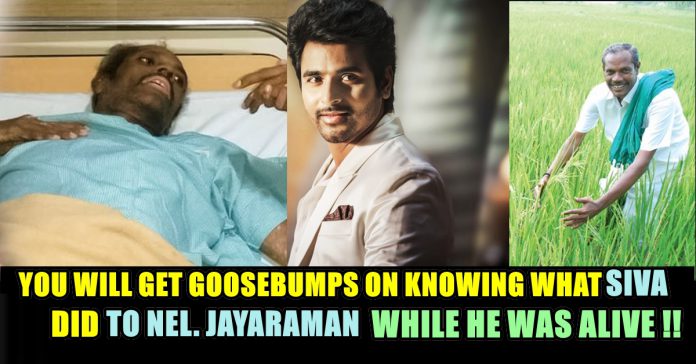 Tamil Nadu’s farmer ‘Nel’ Jayaraman, who got admitted to Apollo for cancer treatment, has received support in the form of medical expense being taken care by Tamil Nadu’s Health Minister. The term ‘Nel” means paddy. Jayaraman has conserved and preserved about 169 traditional paddy species and farmed ‘Kai varach chamba’ in 2012. This variety of paddy will grow even after 43 years, says agro scientists. In 1969, he found around a hand full of this variety and after he farmed it in 2012, he received a yield of around 500 Kg. After he fell sick, he said he wished to live at least 10 more years to save this traditional paddy species through organic farming.

Kathukkutty director Era Saravanan, who has been in support of Jayaraman, tweeted regarding this when Nel was admitted in hospital and asked for help from various other sources too. 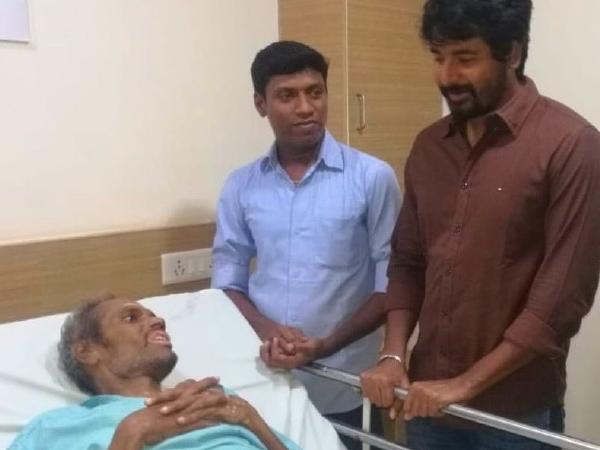 When Jayaraman was in need of medical assistance, including economically, actor Sivakarthikeyan visited him and helped him in getting assistance at the Apollo hospital, Chennai. Later, actors Soori, Karthi, and Sathyaraj also offered financial help.

Unfortunately he died at Apollo hospital in Chennai on Thursday early morning. Actor Sivakarthikeyan has come forward to take care of the educational expense of Nel Jayaraman’s son. The actor will also fund the amount needed to transfer the body of Jayaraman from Chennai to his native.

Jayaraman was honored recently at the success meet of Karthi’s Kadai Kutty Singam which talked about the importance of farming and farmers. Besides Sivakarthikeyan, many other film celebrities including Karthi are planning to help Jayaraman’s family as they feel that the contribution of the farmer to Tamil society is impeccable. 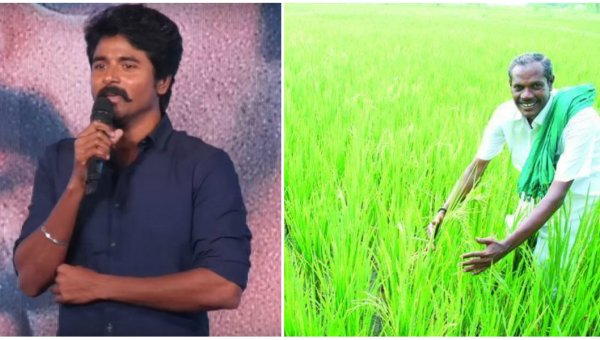 Nel Jayaraman, farmer and consumer activist, who dedicated his life for collecting, reviving and preserving traditional paddy varieties, died in a private hospital on Thursday after a long battle with cancer. He was so popular that the word Nel (paddy) became part of his name.

Adirangam, his native in Tiruvarur district is a famous vaishnavite pilgrimage centre. In recent times it turned into a hub of paddy festival visited by a lot of farmers every year. He practised organic farming.

Jayaraman, closely associated with CREATE, a consumer organisation, organised paddy festival since 2005 and distributed 2 kg of traditional paddy seeds to farmers and they had to return 4 kg after harvest.

All the varieties can be easily cultivated under the SRI (System of Rice Intensification) method.

He received the best organic farmer award of Tamil Nadu government in 2011 and invited to the International Rice Research Institute, Philippines.

Previous articleSwiggy Delivery Boys Protesting All Over The City, Check Out The Reason !!
Next articleFan Spotted Out Chinmayi’s Name Removed From This Song !! Check Out Her Reaction !!

Gautham Menon Got Mercilessly Trolled Like Never Before For This Reason !! Check Out !!

Filmmaker Gautham Menon made a glorious debut in 2001 with Minnale, and since then, he has been tasting success after success with his eccentric...

A 23-year-old young adult was beaten up by 7 school students at Tirur in Malapuram, a week ago. The students are studying in class...