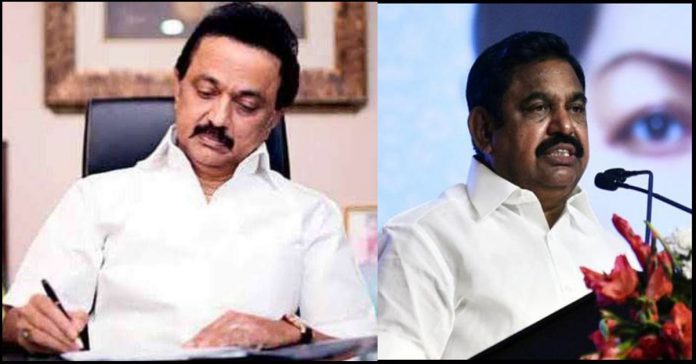 In a campaign that took place in Vedasandur of Dindigul, Chief minister Edappadi K Pazhaniswamy said that NEET was introduced by DMK and Congress party. He said that the party members of DMK and Congress didn’t express their disagreement at that time but blaming the AIADMK party now.

Chief minister Edappadi K Pazhaniswamy is actively participating in the campaigns across the state ahead of the assembly election. Tamil nadu assembly election is nearing and all the political party members in the state are encouraging citizens to vote for the candidates who belongs to their respective parties. Campaigns across the state are being progressed with political party leaders making various kind of promises on the developments of the state to make people vote them to the power.

Now, in a recent campaign that took place in Vedasandur of Dindigul, Chief minister Edappadi K Pazhaniswamy has said that DMK and Congress initiated NEET. “Students are finding it difficult to get pass marks in NEET. DMK is the one who brought NEET in the year 2010. At that time, Congress were ruling in the centre and DMK were ruling the state. NEET was brought at that period. DMK didn’t do anything at that time. Now accusing us of not banning NEET” Cheif minister Edappadi K Pazhaniswamy said.

“Due to Supreme court’s order, we were forced to conduct NEET exams. But AIADMK stood by the stand of NEET shouldn’t be conducted in Tamil nadu as a result of which I introduced the 7.5% internal reservation for the government school students. I made this decision without anyone’s demand as I myself have studied in government school that is located in a village. Last year, only four students succeeded in the exams. Due to the law I implemented, 435 students became the beneficiaries and got an opportunity to study MBBS” Chief minister said.