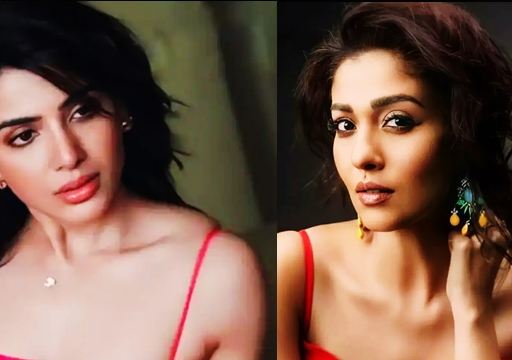 Lady Super star Nayanthara and “Oh Baby” star Samantha became close friends during the shooting of “Kaathu Vaakula Rendu Kaadhal” directed by Vignesh Shivan. On the last day of the film’s shooting, Nayanthara who is jointly producing the movie through her “Rowdy Pictures” gifted a beautiful pair of earrings to Samantha, sharing the picture of which the latter thanked the former with her whole heart.

Shooting of “Kaathu Vaakula Rendu Kaadhal” got wrapped up on 30th of March and director Vignesh Shivan shared about it in his Instagram handle by uploading the pictures of himself cutting cake with the team of “KVK”. Touted to be a film on “Polyamory”, teaser of the film promised a humorous love triangle between Vijay Sethupathi, Samantha and Nayanthara.

Nayanthara has played the role of ” Kanmani” in the film whereas Samantha did “Khathija” and the character name of Vijay Sethupathi is “Rambo”. Prabhu, Sreesanth, Kala master has led the supporting cast.

On the day of the wrap, an overwhelmed Samantha who received a precious gift from her co-star, shared the picture of it and said “Thank you Darling Nayan” through her story. The picture showed two beautiful earrings with a note that says “Dear Khatija, With Love Kanmani” written by Nayanthara presumably. 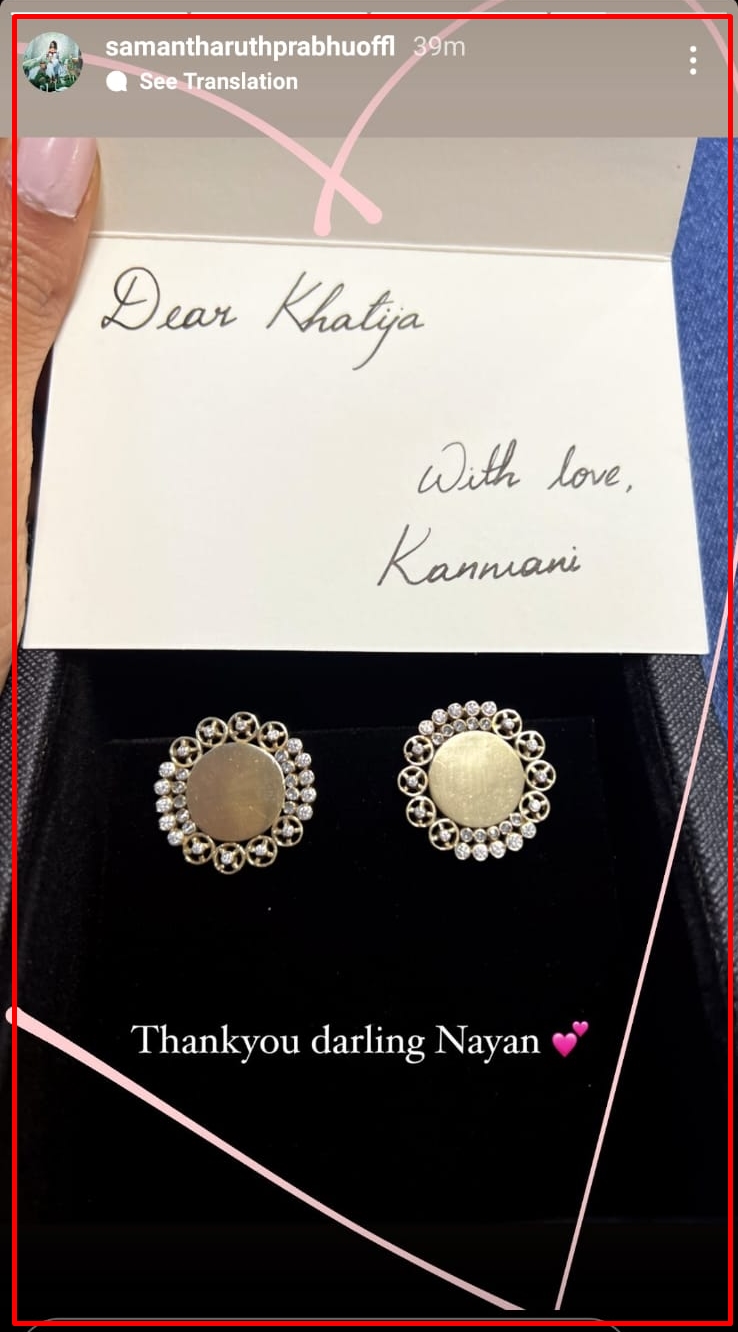 In his gratitude post to the actor of “Kaathuvaakula Rendu Kaadhal”, Vignesh Shivan said “Thanking God for making this possible! Working with outstanding Talents … extraordinary actors is always a dream for any director! Can’t ask for a better combination of actors to convert my script to screen! The Great vijay sethupathi! @actorvijaysethupathi. The always beautiful, stunning & extremely professional #NayanThara my Thangameyyyyy. The super Talented, pretty & amazing @samantharuthprabhuoffl! Everyone made this film come out sooo well that I feel very happy n proud to have put this all together ! Every day, every moment from this film! Will go a long way !! Thank youbeautiful people!”

“Kaathu Vaakula Rendu Kaadhal” is scheduled to release on 28th of April across the state. Teaser of the most awaited film which showed Vijay Sethupathi hitting on both the leading ladies of South Indian cinema, ended with the Makkal Selvan falling on their feet. The 1 minute 47 seconds long video promised a romcom and the star studded cast has already raised enough expectation among fans.

"Women needs to be precautionary or Men needs to behave ??" is the topic that the whole world is debating on. In India there...

KERALA SHOCKER : Dead Man Returned After 15 Days !! Check Out The Mystery Behind !!

A 49-year-old man, presumed dead by his family, showed up much to the shock and delight of his kin, a fortnight after they performed...