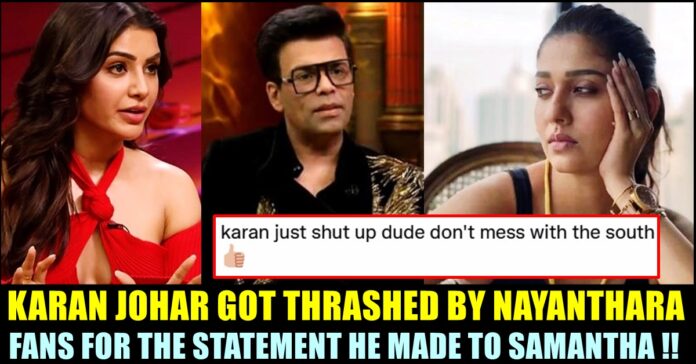 Nayanthara Fans Trolled Karan Johar For The Comment He Made To Samantha !!

A comment made by Bollywood director Karan Johan about actress Nayanthara in his recent show with Samantha and Akshay Kumar, has irked the fans of the “Aramm” actress. When Samantha recognized Nayanthara as the top heroine in south Indian film industry, Karan said that she is not in her list. The statement from KaranJohar didn’t go well among the fans of the Lady Super star who are calling him out through the micro blogging social media site. 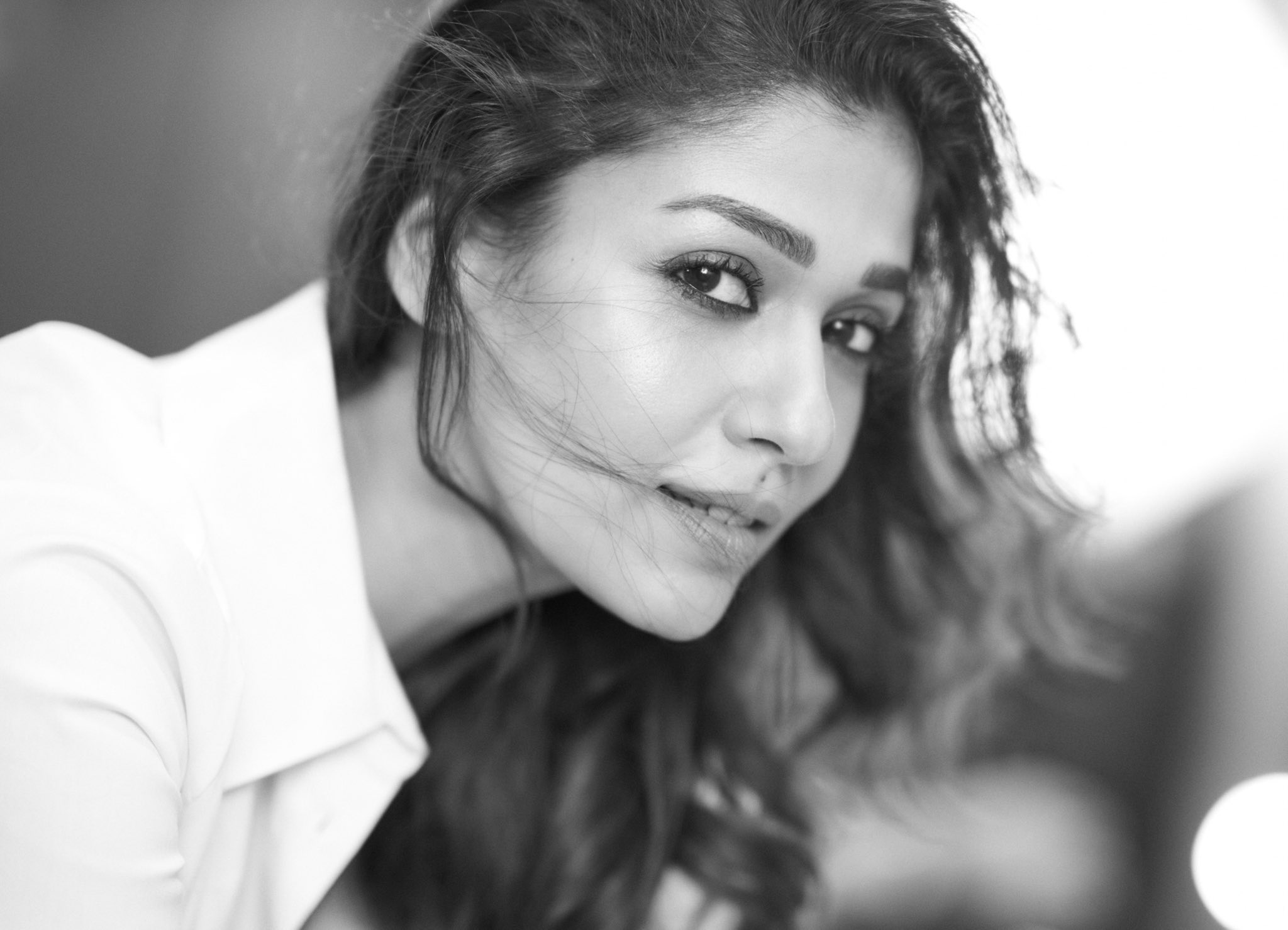 The latest episode of “Koffee with Karan 7”, featured superstars Akshay Kumar and Samantha Ruth Prabhu. During the episode, the show’s host Karan Johar asked Samantha whom she sees as the biggest female actor in the South. Referring to her “Kaathu Vaakula Rendu” Kaadhal co-star, Samantha said “Well, I just did a film with Nayanthara who is the biggest heroine in the south” to which Karan Joham immediately replied “Well, not as far as my list” and went on to refer a list made by Ormax media which listed Samantha as the number one heroine in the entire country.

Because your list doesn’t deserve her sirrrr! she is Lady superstar
FYI, She is Great actress, & not like your fav list 🙂! Better know about her well & speak KJo!
Thank you sam❤️❤️ #SamanthaPrabhu #Samantha #KoffeeWithKaran #Nayanthara https://t.co/i3H8DQWBpw

No wonder karan hates the word selfmade!! I’m happy Nayan is not in your list, she’s class apart… #Nayanthara ❤ pic.twitter.com/reKYMyMibT

it’s not even about the cinema of the present. Nayanthara is literally one of the bests. And sir here couldn’t care less and has to just make himself cool but acting as if he ain’t keeping tabs on other’s success

he’s literally cashing by investing his money in south industry and have this audacity to talk about the superstar of south indian cinema.
He’s a 🐍🐍🐍 in every sense. https://t.co/uKE3K5Csly

This is the problm with #KaranJohar Clown for a reason ..!???#Nayanthara is the great actor in south, she can single handedly crush all ur nepo kids with just her performance nothing else just PERFORMANCE #KoffeewithKaranSeason7 https://t.co/Tf4hkHzLZv

dude coz he can’t see anyone beyond Alia, Jhanvi, Sara and the co-kids
this man just gets on my nerves https://t.co/46hQcUAVIB

Previous article“I Was Wearing Shorts & Tops” – Brigida On Acting In A Nu*e Scene!!
Next articleStudent’s Message To Teacher After Passing Board Exam Is Trending!!