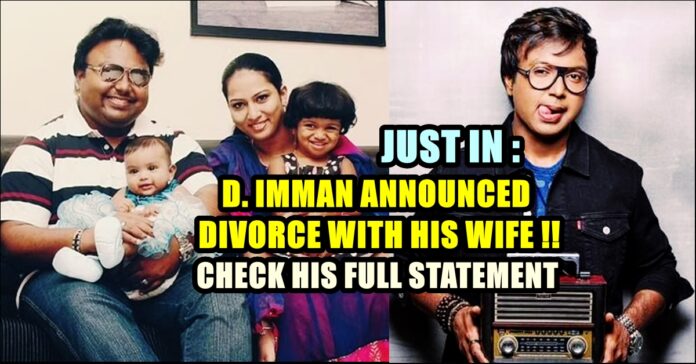 National award winning music director D. Imman announced divorce with his wife Monicka Richard through his official twitter handle. The leading music director sought privacy from the public through his post and wanted them to help him and his former wife move forward. Imman said that the divorce took place during November 2020 by mutual consent.

Immanuel Vasanth Dinakaran, better known as D. Imman, is an Indian film composer and singer, predominantly working in the Tamil,Hindi,Telugu,Kannada,Malayalam film industry. His first film as music director was Thamizhan in 2002. Since then he has composed music for 100 films. 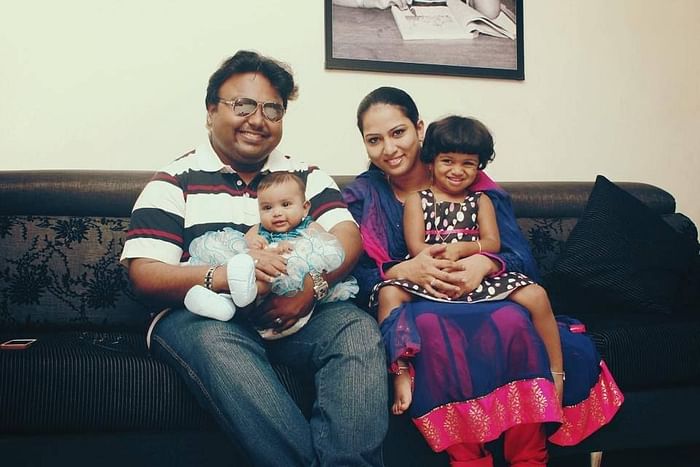 The musician who started his career from scratch never missed to encourage raw talents. He won national award for composing music for Ajith-starring “Viswasam” directed by “Siruthai” Siva. He also composed music for Rajinikanth’s recent film “Annatthe”. Now, the music composer has made an official announcement about his personal life.

“TO ALL MY WELL WISHERS AND ARDENT MUSIC LOVERS WHO HAVE BEEN SUPPORTIVE ALL ALONG.I AM TRULY GRATEFUL FOR THAT. AS LIFE TAKES US ON DIFFERENT PATHS MONICKA RICHARD AND I HAVE LEGALLY DIVORCED BY MUTUAL CONSENT AS OF NOVEMBER 2020 AND ARE NO LONGER HUSBAND AND WIFE” Imman said through his post.

“I REQUEST ALL OUR WELL WISHERS, MUSIC LOVERS AND THE MEDIA TO GIVE US OUR PRIVACY AND HELP US TO MOVE ON AND MOVE FORWARD THANKS A LOT FOR YOUR UNDERSTANDING, LOVE AND SUPPORT -D.IMMAN” he added.

Many of the followers of Imman extended their moral support to the music composer.

We will be always there for u @immancomposer sir stay strong

Music will heal all the pain sir
👍👍

Tamil nadu BJP member Gayathri, on seeing the election results in the 5 states in North, came up with a tweet saying that Tamil...