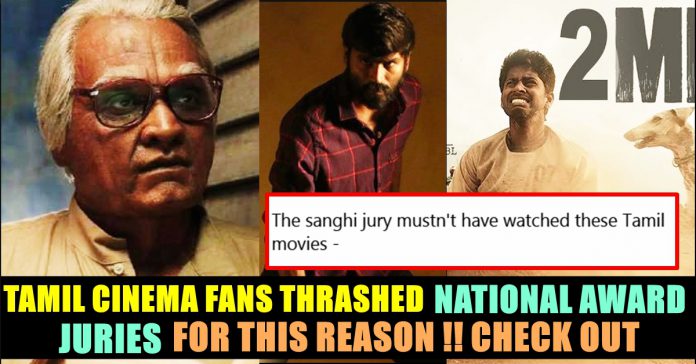 Ater what seems like a phenomenally long wait, the winners of the 66th National Film Awards have been announced. While normally, the recipients of the National Film Awards are announced in April and the presentation takes place on May 3 every year, it was delayed this time owing to the Lok Sabha polls.

The awards were announced today with Vicky Kaushal’s Uri bagging four awards. Keerthy Suresh was declared Best Actress at the 66th National Film Awards for her terrific performance in Telugu film Mahanati. The film, based on the life of actress Savitri, garnered much appreciation and love for Suresh, who brought alive the iconic star with such grace and exuberance. 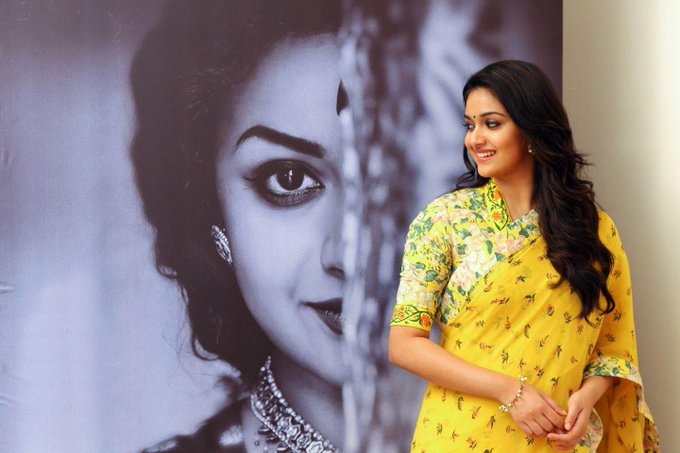 Meanwhile Tamil cinema fans are very much disappointed as Baram is the only Tamil film which won national award for the best tamil film category. Fans are expressing their disappointment in social media platforms as films such as Vada Chennai, Merku Thodarchi Malai, Pariyerum Perumal are not considered by the juries.

Check out their anger here :

The sanghi jury mustn’t have watched these Tamil movies –

In my humble opinion, @am_kathir deserved the #NationalFilmAwards for Best Actor – #PariyerumPerumal. He just surprised one and all with his acting display in the film. It was a revelation👌 The jury must’ve encouraged a youngster and given it to him. But, did they even see PP?

Was just arguing with me friend. If not for a combination of reasons, #2Point0 would have had a bigger impact among audience.

For special effects, this film deserved a national award 😠

It is hard to digest that all the above movies are completely ignored in #NationalFilmAwards from Tamil Cinema. This is so awful. #NationalAwards

Tamil films like #PariyerumPerumal, #Raatchasan/#Ratsasan and #VadaChennai deserve National Awards. Sadly none of these films were recognised by the Jury members. #NationalFilmAwards

I am sure that These four Films have not been watched by the National Award Jury.
Biggest Snubs this year and in the last 5 years.
~ Pariyerum Perumal
~ Peranbu
~ Ee Maa Yau
~ Tumbaad

Deeply Gutted as a movie-buff to see these gems ignored 💔#NationalFilmAwards pic.twitter.com/aATQVTNRP2

What happened to these tamil films National Awards?

What do you think on these opinions from the fans of Tamil cinema ?? Comment your views below !!

Previous articleChinmayi & Samantha Getting Mercilessly Trolled For This Reason !! Check Out !!
Next article“Surya Didn’t Know How To Act Or Walk Or Laugh”- Rajinikanth’s Speech Goes Viral !! WATCH !!

Selvaraghavan Answered To A Fan’s Most Complicated Question !! Check Out !!

Selvaraghavan is an Indian film director and screenwriter who has directed predominantly Tamil language films. Being one of the iconic director's of Tamil cinema,...