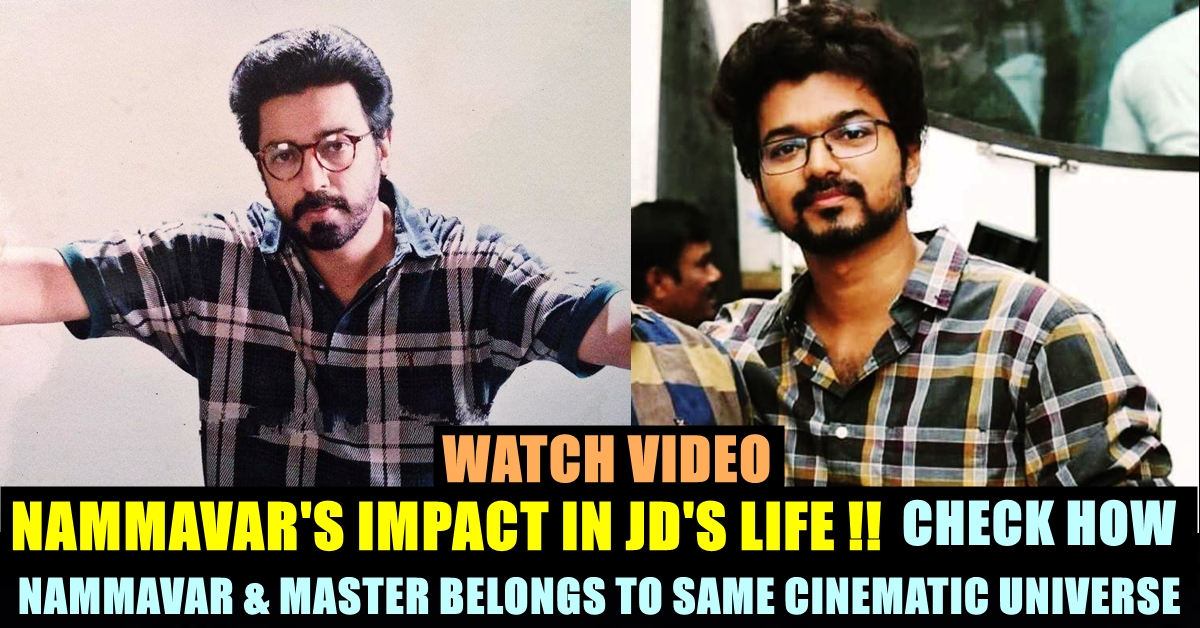 Director Lokesh Kanagaraj who identifies himself as an ardent fan of legendary actor Kamal Haasan, always had a reference of his films in his directorials. In his debut film “Maanagaram”, for the role of Sundeep Kishan, Lokesh referred Kamal Haasan’s look in his 1988 action drama “Sathya”. The director himself said that he got inspired from “Virumaandi” to do his second film “Kaithi”. Now, in his most recent high budget action thriller “Master”, Lokesh used Ulaganayagan’s 1995 film “Nammavar” for the back story of the lead character.

The most awaited Vijay’s “Master” released on theatres in Tamil nadu on Wednesday and the fans of Tamil cinema are celebrating the biggest event with extreme happiness as they are witnessing a proper mainstream feature film of a top tier Tamil actor after nearly one long year.

“Master” was supposed to release during April month of 2020 and got postponed due to COVID 19 outbreak. Now, after the makers decided to release the film on 13th of January ahead of the Pongal festival, the film got released in theatres with highest expectations.

During a scene when Charu (played by Malavika Mohanan) asks Nasser about JD’s past, he could be seen saying that the loss of his professor Selvam made a huge impact in his life. In the film “Nammavar”, VC Selvam (played by Kamal Hasan), a professor, would try to reform a spoiled brat in his college. The film ends with Selvam leaving to US seeking a cure for his cancer, hoping the college to be reformed.

“Professor VC Selvam changed JD’s life. Unfortunately, he died due to cancer. That really shattered JD. He couldn’t sleep after the loss. That bloody alcohol took over him” Nasser says to Malavika Mohanan about his past.

As soon as knowing about this reference, fans of Tamil cinema started reacting in social media platforms by posting memes and opinions. Check out some of the reactions below :

The nammavar connection in #Master ….😎😎😎😎

The reason for JD being an alcoholic pic.twitter.com/KwAEkPl8oI

How many of you noticed that Master and Nammavar happens in same Cinematic Universe and Kamal is the Mentor of Vijay in this Master movie ? 👽

Comment your views on this connect Lokesh made between “Nammavar” and “Master” !!

VJ Parvathy Replied To A Guy Who Demanded Her Arrest !!
“This Attack We Have Won Like Crazy” – Whatsapp Chat Of Arnab Shocks Internet