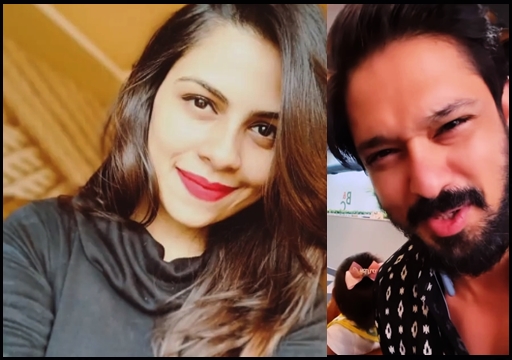 Tamil actor Nakkhul came up with a video in his official Instagram handle replying to those who asked him to “control” his wife. The actor expressed his displeasure over women sending such messages to him and questioned whether they want to be controlled in their life by their husbands. He also identified himself as a “Pakka” feminist and said that he fights for things such as men controlling women.

Nakkhul married to his long time girlfriend Sruthi Baskar on 28th February of 2016. The adorable couple has been sharing the cutest moments of them together in their respective social media accounts for a long time. Going by her Instagram profile, Sruthi seems to be a Television host and Chef. Nakkhul, as we all know, is an actor who got debuted through Shankar’s “Boys”.

The couple blessed with a baby girl on 2nd of August 2020 and they are sharing the lovely moments for the view of their followers. Sruthi who goes by Instagram handle name Srubee, enjoys 3 lakh plus followers and her timeline is filled with her little daughter Akira. In certain occasions, Sruti replied to negative comments that are surfacing in her posts and also sought equality between men and women in every possible way through her posts.

On Tuesday, Nakkhul came up with a video in his official Instagram handle, replying to those who asked him too “control his wife”. “Hey fam I have been receiving messages saying “control your wife”, “teach her lessons” that sort of. What they don’t understand is, Sruti and I think alike. I am a perfect feminist. I stand up for things like this. I believe in equalism also” said Nakkhul in his video.

“The “controlling” things are not in my game. I am sorry, I fight for these kind of things. The saddest thing about this is, most of the messages I received are from women. Do you like to be controlled ?? Do you want to be under somebody’s control ? what nonsense is this ?” the actor questioned through his video.

Sruti shared the video of her husband in her handle by adding an emoji that said “Did you all hear that” and also added “mic drop” GIF in another story. 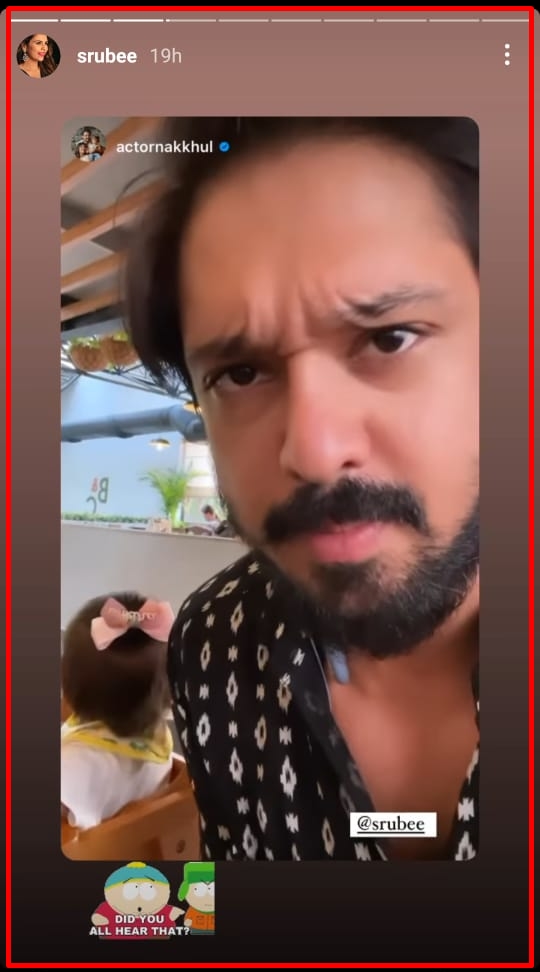 Previous articleUnmarried Actor Got Trolled For Commenting On The Posts Of Heroines !!
Next articleRailway Clerk Caught Staging A Robbery At Ticket Counter In Chennai !! SHOCKER

Minister Kadambur Raju's statement on "Darbar" loss issue surprised the citizens of state Tamilnadu. The Minister has asked the distributors who faced loss to...

A video of actress Rashmika Mandanna ignoring an unprivileged who stretched her hands and sought help to her while she was on her way...