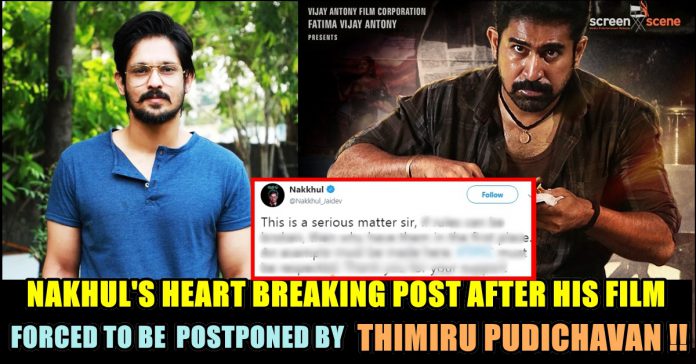 Nakkhul starrer Sei has finally backed out of the race giving more screens to Jyotika’s Kaatrin Mozhi, Vijay Antony’s Thimiru Pudichavan and Uththaravu Maharaja this Friday. A press release from Trippy Turtle Productions, the makers of Sei, read, “The situation was due to the release of an unscheduled movie which wasn’t permitted by the Tamil Film Producers Council.” 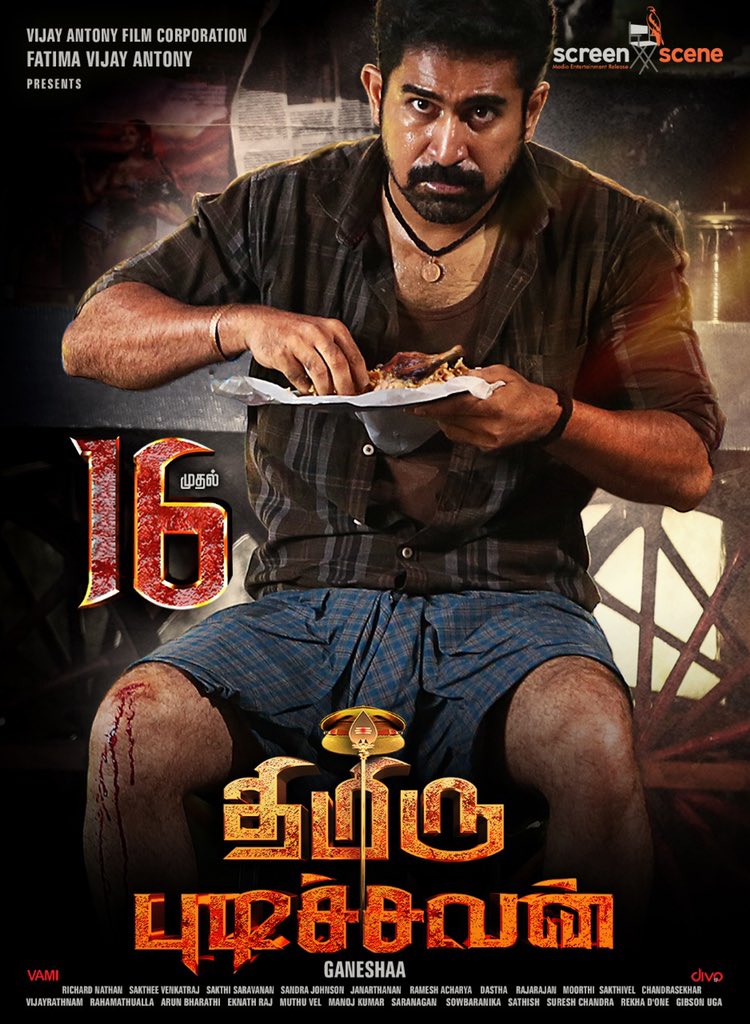 Speaking to Indianexpress.com, Nakkhul said, “We’ve been waiting to release Sei since November last year. On the whole, 150 screens were allocated for our film. But after Thimiru Pudichavan’s release date was announced (on November 16) it got reduced to 70 or 60 screens. I feel cheated. I have nothing against Vijay Antony or his producer-wife Fatima. But it’s unfair if they are going to release their film on the date which was allotted to my film. Their reasons could be genuine, but the situation is highly unfortunate.”

“They bought the Diwlai date even though they are aware of Sarkar’s release. Why shouldn’t they release their movie on Diwali itself ?? Why are they changing their date ??” asked one of the “Sei” member to the media.

Sei is an upcoming Indian Tamil thriller film directed by Raj Babu. The film features Nakul and Aanchal Munjal in the lead roles, while Prakash Raj and Nassar play supporting roles. Sei will have a theatrical release in 2018.

“Everyone should adhere to Producer’s Council’s rules on release date. If everyone releases the films as per their wishes, then what is the need for Producer’s Council?” questioned actor Nakul during a promotional event for his upcoming flick Sei. “This is unfair. Because of the clash in dates, theatres that promised us 150 screens for release on 16 November have deferred now and we are getting only 70 screens,” said Nakul.

Sei is produced by Trippy Turtles production and it marks the company’s entry film. Sei also marks director Raj Babu’s first foray into the Tamil film scene. The director was in tears during the promotional event and was at a loss for words while speaking on the subject.

Nakul said, “Tamilnadu has always welcomed and encouraged newbies with open arms. We have a reputation for making life prosperous for people who seek us. This move to release Thimiru Pudichavan on the same date as us without getting a clearance is unfair on the new director and the producer of Sei. How will new producers and investors come into Tamil film industry is these things happen?”

Directed by Ganeshaa, Thimiru Pudichavan was supposed to release alongside Sarkar on November 6. Producer of the film Fatima Vijay Antony told us, “I thought we could hit the theaters for Deepavali, but Sarkar occupied almost 800 screens. If it had 500-something screen occupancy, I’d have at least got a few. I was not the reason why the film was postponed to the following week. The decision was with the distributors. I’m already in distress because of the losses that Kaali (Vijay Antony’s previous film) fetched me. No matter what, I’d like to release the film (both in Tamil and a dubbed version in Telugu) on November 16. Had the Council regulated the screen allocation, there wouldn’t have been any issue. If I miss out this date, I’ll have to fight with 2.0, Adanga Maru, Seethakathi and Maari 2, which is remotely impossible.”

Now Nakhul posted a emotional message in his official twitter account saying that the new dates will be relased soon. He also attached the picture of the letter which was provided by producer’s council to “Sei” team approving their release on November 16. 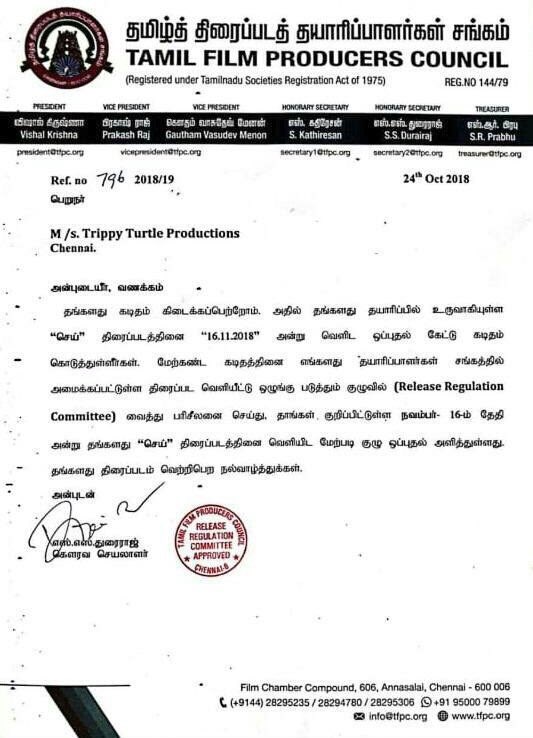 His post read “TTP regrets to inform the release delay of #SEI due to unavailability of Screens on 16th Nov due to another movie coming in without approval from council! New dates to be announced soon. ⁦@SeiTheFilm⁩ ⁦⁦@VishalKOfficial⁩ #SupportSei #SeiReleaseDelayed #TFPC“

TTP regrets to inform the release delay of #SEI due to unavailability of Screens on 16th Nov due to another movie coming in without approval from council! New dates to be announced soon. ⁦@SeiTheFilm⁩ ⁦⁦@VishalKOfficial⁩#SupportSei #SeiReleaseDelayed #TFPC pic.twitter.com/N5uN6xmqZ0

It is notable that the actor is constantly tweeting against the film “Thimuru Pudichavan” release :

This is a serious matter sir, if rules can be broken, then why have them in the first place. An example must be made here. #TPFC must be respected. Thank you for your support @sri50 sir 🙏🏼 team @SeiTheFilm https://t.co/tjkR2R8XjN

@vijayantony Anna left the Diwali release so that #SARKAR can have screens so don’t expect him to always give small heroes space . He is uncontrollable & no can stop him because he is #Thimirupudichavan . Waiting for #Thimirupudichavan

What do you think on this issue ?? Comment below !!

Santhosh Babu IAs who recently announced that he is removing himself from the "Makkal Needhi Maiam" party, replied to a series of tweets uploaded...

As Nayanthara appeared in the Zee Cine Awards 2020 without Vignesh Shivan, rumours started floating that the couple has parted with each other. After...

Suspended Hardik Pandya and KL Rahul were ordered to leave Team India's tour of Australia amid an investigation into comments made by them about...