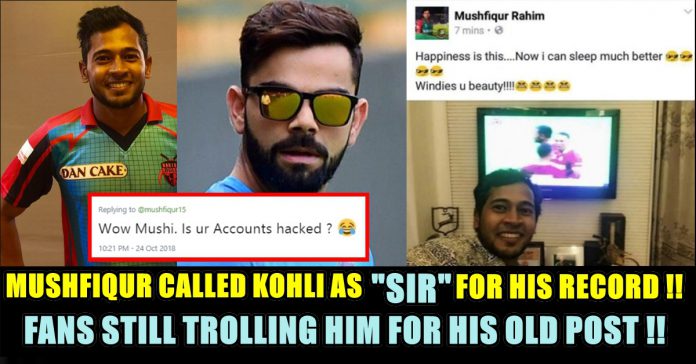 Bangladesh wicketkeeper-batsman Mushfiqur Rahim congratulated India skipper Virat Kohli for storming into the elite club of batsmen with more than 10,000 ODI runs. On Wednesday morning, as India prepared to take on the Windies in the second ODI at Visakhapatnam, Kohli was 81 runs away from the staggering milestone. The captain was fresh from a marvellous 140 in the first game and was expected to break into the 10K club at Vizag. India won the toss and elected to bat first, and once again the captain found himself out in the middle early on in the innings. Openers Shikhar Dhawan and Rohit Sharma did not last long at the crease, and Kohli then began to repair the damage along with Ambati Rayudu. Although he started cautiously, he went into overdrive shortly after going past his half-century. By the time he’d notched up his 37th ODI ton, Virat Kohli was virtually unstoppable. He remained unbeaten on 157, his third highest individual score in ODIs. 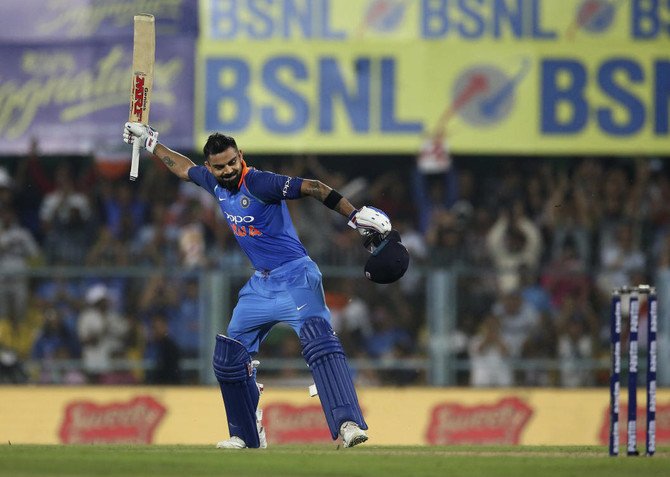 But the key moment came in the 37th over when he leisurely took a single off Ashley Nurse and raised his bat with a sigh of relief. King Kohli had not only marched into the 10K club, but he’d got there with insane numbers, beating Sachin Tendulkar’s record by a whopping 54 innings. Only 11 innings back, he had brought up his 9000th run in the 50-overs format. But on Wednesday, Virat Kohli was the fastest man to hit the five-figure mark in 205 innings. 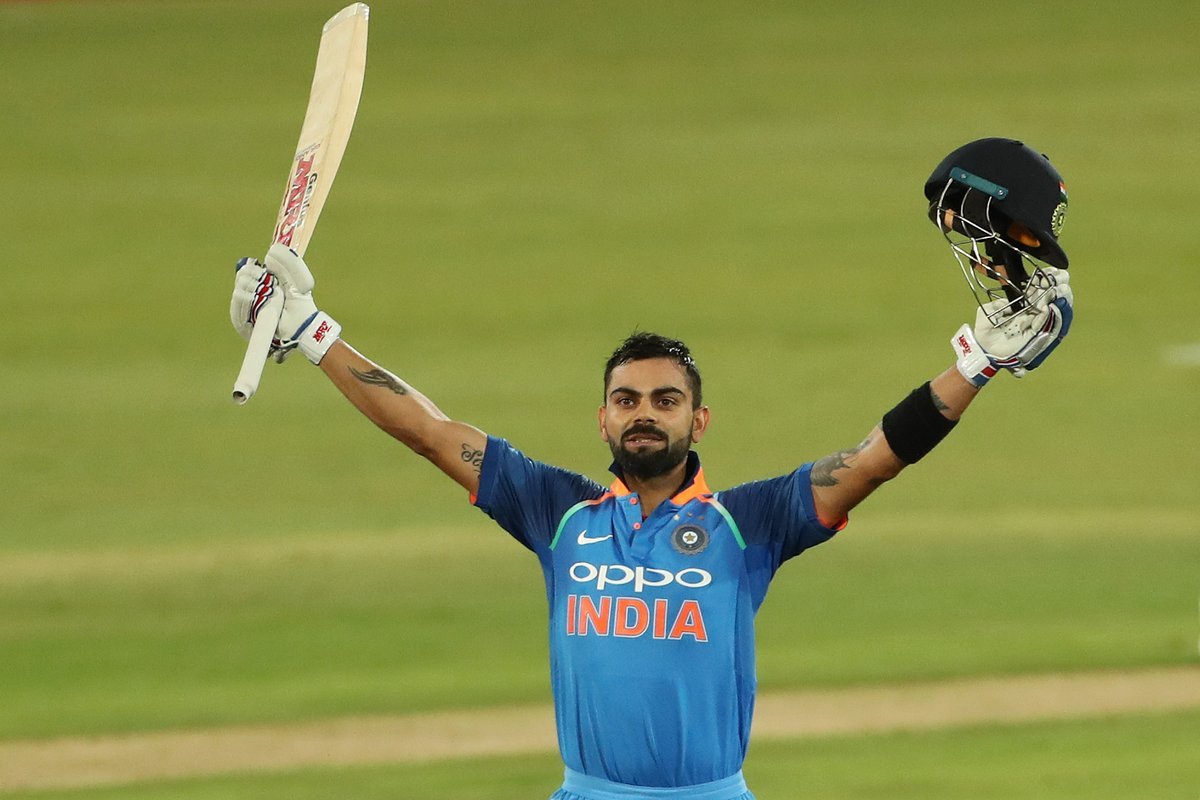 Countless wishes came through for cricket’s undeniable luminary. The Bangladeshi veteran wasn’t the one to miss out on the occasion either, taking to Twitter to write, “Congratulations to one and only sir virat kohli for reaching 10k runs in the blink of an eye”

Congratulations to one and only sir virat kohli for reaching 10k runs in blink of an eye 👍👍👍 pic.twitter.com/roGeE1nDY8

The Bogra-born player had courted controversy in the match against India when he celebrated victory prematurely before the team lost the match by 1 run and Rahim was trolled heavily on Twitter. After Bangladesh’s humiliating defeat against India, he took to Twitter after India’s defeat against West Indies in the semi-finals. He tweeted the following, “Happiness is this….!!!!!! #ha ha ha…!!!! India lost in the semifinal.” 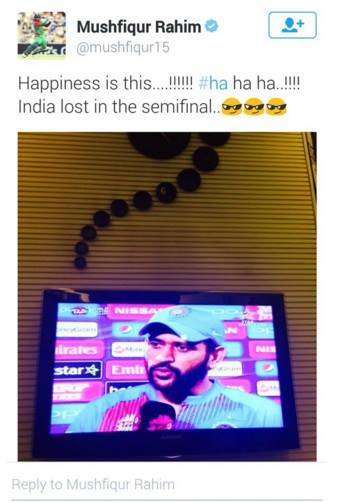 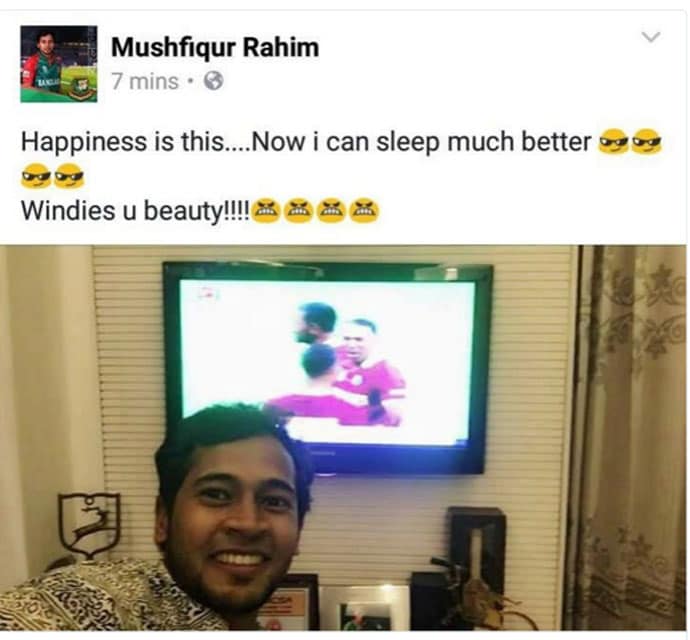 Check out the comments he received now for his tweet supporting Kohli’s achievement :

Finally I liked your tweet for the very first time 👍🤝👏 Best wishes to you for your upcoming matches , May you shine 👍

And you are the true legend of Bangladesh cricket 🙆

Wow Mushi. Is ur Accounts hacked ? 😂

when the best wicket-keeper batsman praises the best batsman 😍😍😍

Congratulations to you as well for completing 10k Runs in international cricket!

I hope you already celebrated your 10k runs😍

Virat kohli is so ungrateful . he still didn’t reply @mushfiqur15

You should’ve mentioned @imVkohli in your tweet without ‘Sir’ salutation!

Respect gives you more Respect… How Shamelessly tweeted in 2016?
Dear Bangladeshi change your mindset to Humility, humble and everything is gonna change from that point

I cant accepet your saying to virat”sir”. Virat is a player as you. and virat in the same lavel of age. so you shouldnot say to virat “sir”. You may called vitat .Thank you.

You can never earn Indians respect, once you were immature kid for us and still you are immature !
Nagin dancer

Still no IPL contract for you ok 😂😂