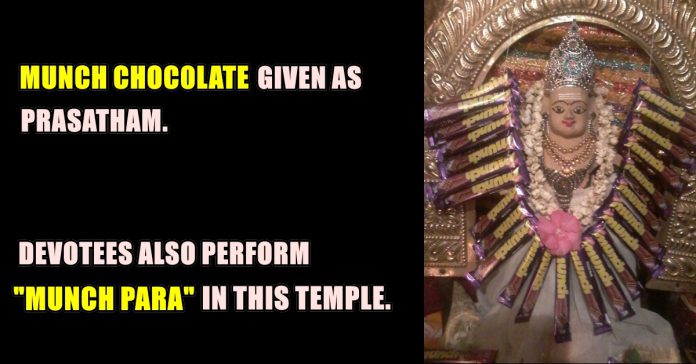 Self-declared protectors of Hinduism often argue that the religion is ancient, and that its rituals and customs are thousands of years old. But a temple tucked away in a little corner of Kerala shows you just how modern the gods can be, thanks to those who pray to them.   Most Hindu gods are associated with some favourite food or the other – Ayyappa is fond of ghee, Krishna of butter, Ganesh on laddus, but thanks to a little boy, Alappuzha’s Balamurugan became fond of chocolates, Munch in particular, around six years ago. So much so, that the god is even popularly called “Munch Murugan”. 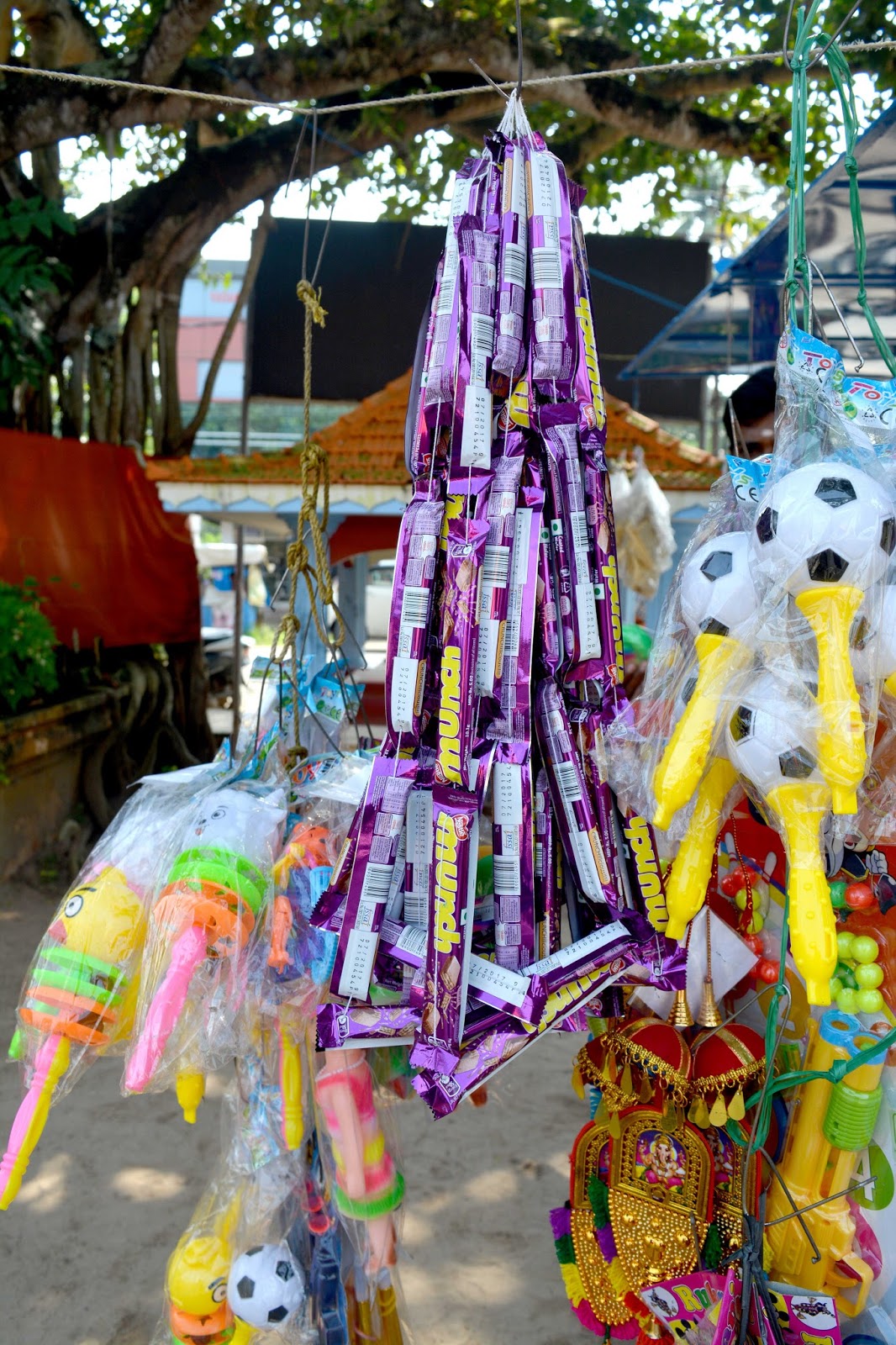 Anoop A Chemmoth, whose family has been maintaining the temple, says that the present practice of devotees offering chocolates apparently began around six years ago, when a little Muslim boy living near the temple stubbornly refused to offer the god anything but a Munch. 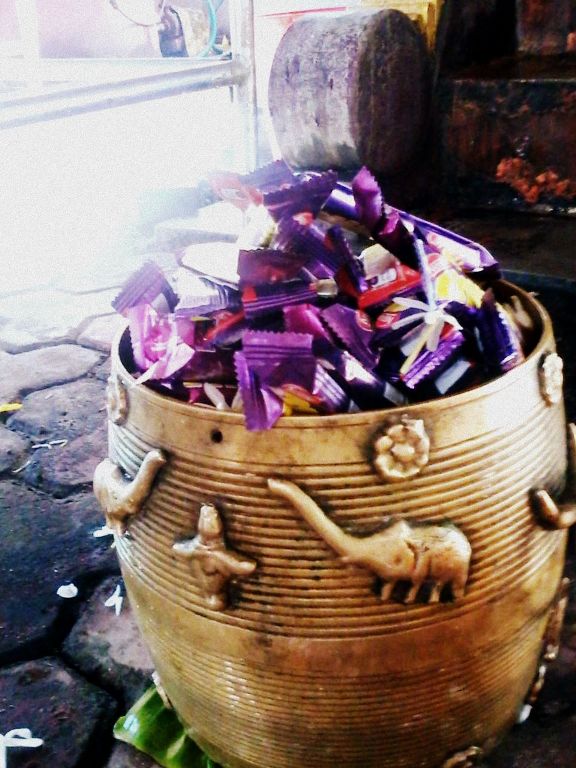 Anoop says “The boy once rang the temple bell while playing and his parents scolded him for doing so. That night the boy felt sick and kept murmuring Murugan’s name. The next day, his parents brought him to the temple and the priest asked them to offer something to the deity. While his parents offered oil and flowers, the boy stubbornly offered Munch to the god at the sanctum sanctorum.”   After this episode, the boy was miraculously cured. The story spread, that his how baby Murugan was persuaded by a little boy to change his tastes.

On the eighth anniversary of the present temple building, devotees from various parts of Kerala will be visiting with boxes of Munch chocolates. As with the human tendency to go overboard, devotees have even started to offer chocolate bars equal to their body weight to please the god. 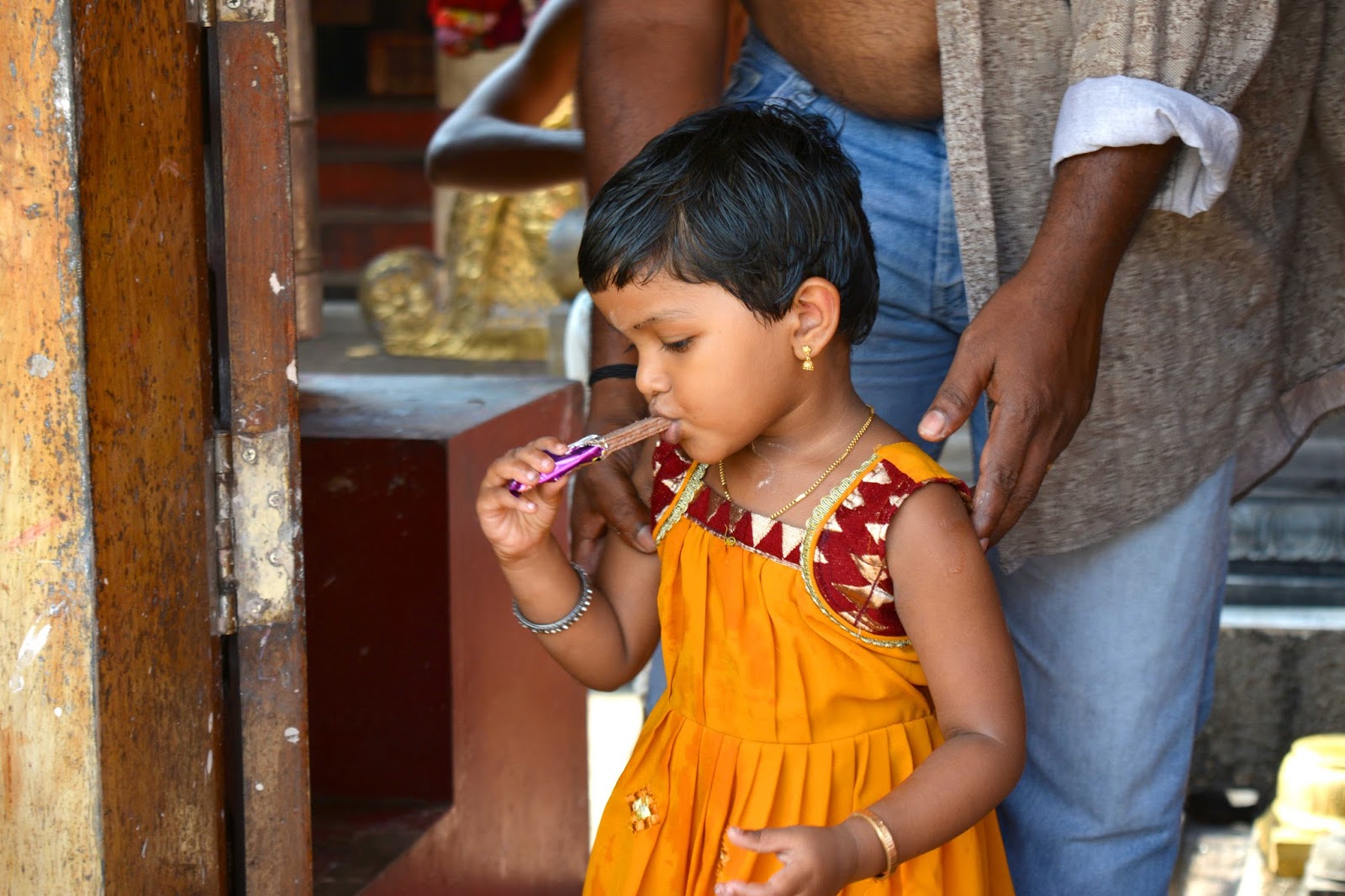 “Munch is given to devotees as part as prasadam, during different poojas. Nowadays, devotees also perform MunchPara (a big vessel of munch is offered) and Munch Thulabharam (offer chocolate equal to their body weight),” Anoop says. 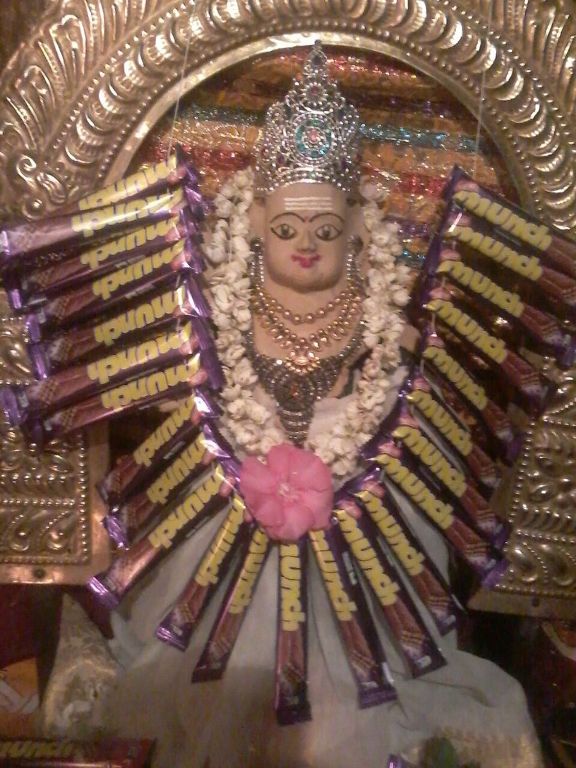 Perhaps, this is also why the temple’s prasad has now been changed to Munch and other assorted chocolates.  This may in turn, be the reason why Balamurugan is very popular with little children, who visit often, and turn up in droves during examinations.   “It is really pleasant to watch small kids coming to temple with a Munch in their hands,” says advocate Priyadarshan, a local man.   But according to temple authorities, people, irrespective of caste, creed and religion, come to the shrine with cartons of chocolates, seeking the blessings of a 300-year-old Lord Murugan, who developed a taste for Munch six years ago.