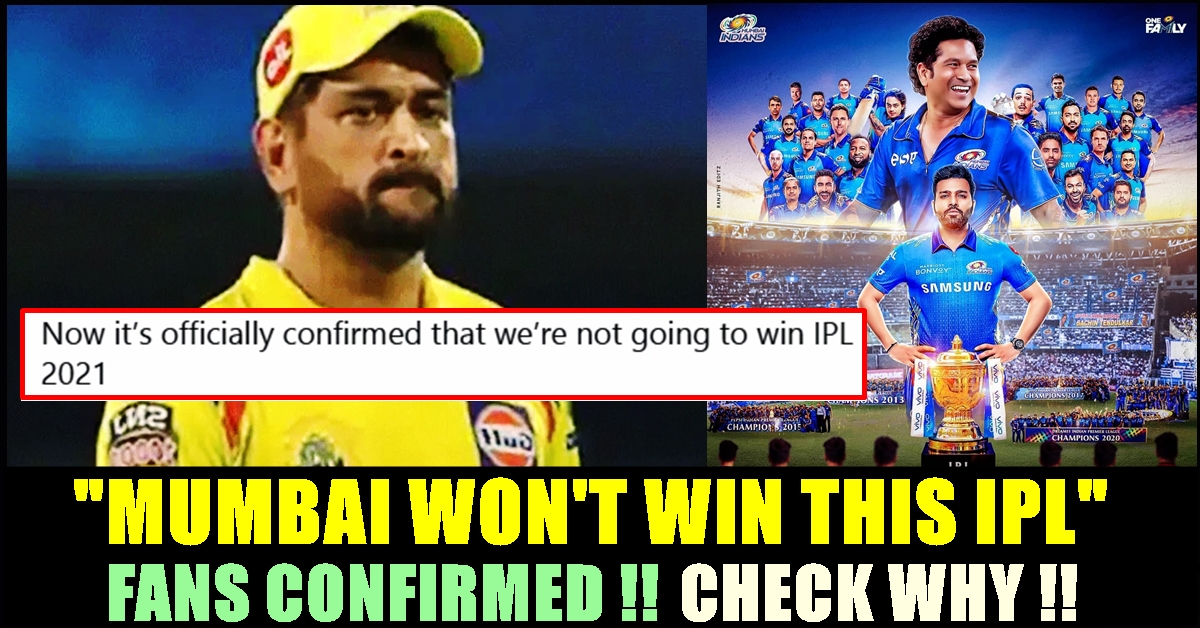 The most awaited 14th edition of IPL season is going to get inaugurated from Thursday. Predictions from the experts, analysts, former players regarding the winners of the upcoming season are surfacing from across the social media platforms. Former CSK player Scott Styris and many others have made their predictions so far. On seeing the prediction of former England Player and current commentator Michael Vaughan, fans have came to a conclusion that Mumbai won’t win the upcoming season.

“Early #IPL2021 prediction … @mipaltan will win it … if by some bizarre loss of form then @SunRisers will win it … #OnOn #India” read his tweet.

As soon as seeing this prediction from him, many of his followers confirmed that Mumbai and Sunrisers won’t win the upcoming season as the earlier prediction of the English cricketer went bizarrely wrong.

“Now it’s officially confirmed that we’re not going to win IPL 2021. We move” said a Mumbai fan in the comment section of his tweet whereas another one said “It means Mumbai and Sunrisers can’t win this year. Michael Vaughan doesn’t predict.. He used to curse the teams. Don’t believe my words.. Chk his past predictions- India will lose by 4-0 (indvaus) India will lose by 3-1 (indveng) Buddy learn something from Jofra Archer”

MI & SRH fans (including me) after watching this tweet & looking at playoffs chances : pic.twitter.com/ewfBQVPKMR

Your prediction is just like Virat Kohli Winning the IPL Trophy.

As per your past predictions..whatever you had predicted,everything went wrong..
Example-eng vs India series..
So Keep in your mind and save this tweet either csk or srh is going to win the tournament..
And any doubt please give your reply ..I will clear it..

It means @mipaltan and @SunRisers can't win this year. 😂@MichaelVaughan doesn't predict.. He used to curse the teams. Don't believe my words.. Chk his past predictions-

Buddy learn something from @JofraArcher 😜

🥳🥳🥳
None of them Winning Now
Thank you Vaughan Sir

Defending champions Mumbai Indians (MI) will take on the Royal Challengers Bangalore (RCB) in the first match of IPL 2021. Owing to the COVID-19 situation, no team will play their group-stage games at home, so it would be interesting how teams adapt and change their strategies accordingly.

Team Chennai Super Kings is going to face Pant led Delhi Capitals in their first match which is going to take place on Saturday. Comment your views on this prediction of Vaughan and the comments he received from the fans of IPL tournament !!