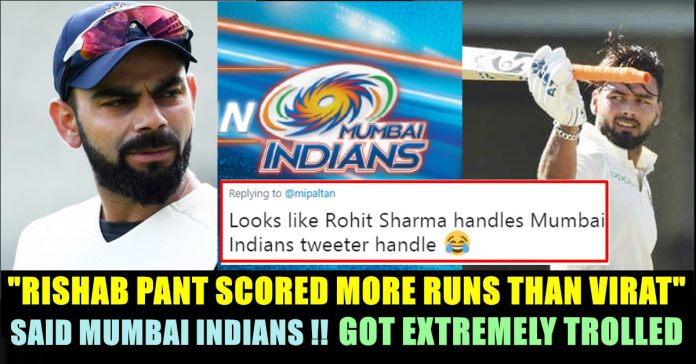 Pant is now the second highest run-scorer in the ongoing four-Test series in Australia. He overtook Virat Kohli’s 282 runs and trails only Cheteshwar Pujara, who leads with 521 runs. Moreover, Pant became the first wicket-keeper from the subcontinent to score over 200 runs and take 20 catches in a Test series. 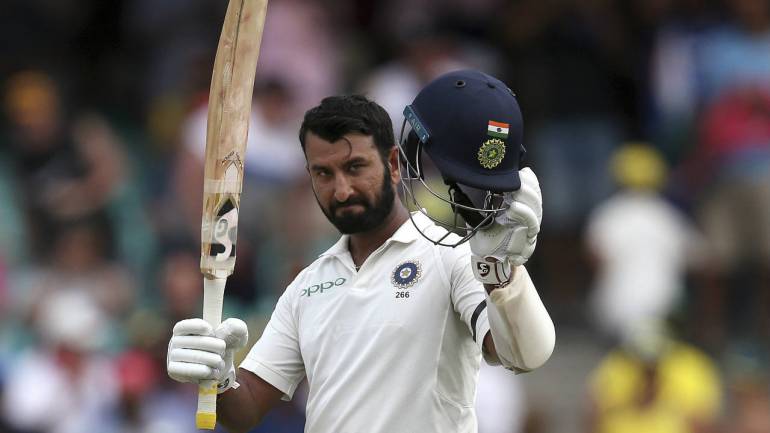 As far as the match is concerned, India declared at a massive 622 for seven in their first innings after centuries from Cheteshwar Pujara and Rishabh Pant. Pujara made 193 and Pant was not out 159 when skipper Virat Kohli made his call in the final overs of the day after Ravindra Jadeja was out for 81. Meanwhile Mumbai Indians official twitter account said that Pant has scored more runs than Kohli in this test series and got brutally trolled by their own followers. 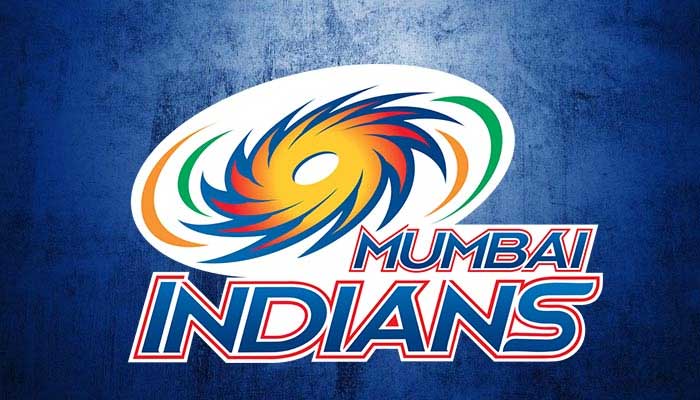 Believe it or not, Rishabh Pant (285) now has more runs than Virat Kohli (282) in this series 👏🙌#CricketMeriJaan #AUSvIND

Such a jealous team

Believe me or not @RishabPant777 has more run in that test which @ImRo45 played in Adelaide and melbourne. you forget to post this.

It doesn’t mean that Pant is better player than Virat.

Pant in 2 Tests Which Rohit Played

Could’ve tweeted from your own account MI Captain smh

Which are more than Rohit’s combined scores in South Africa & Australia. Such a dump team, tweet when shitman scores more runs than virat oversies

The visitors lead 2-1 and only need a draw to clinch their first-ever series win in Australia.