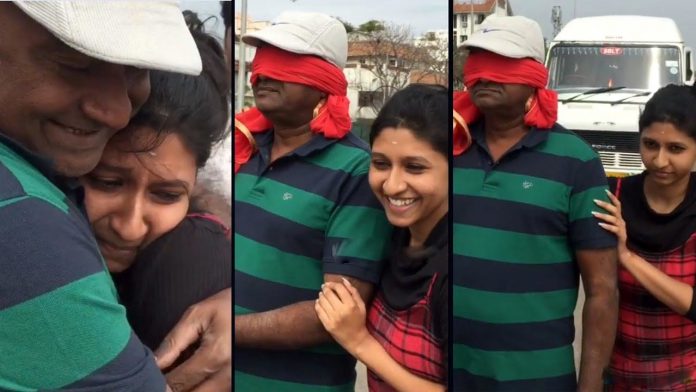 The video of Tamil dubbing artist, Aishwarya Baskar, gifting a brand new Royal Enfield bike to her father is so cute and is now viral over the social media. The dad and the daughter were seen in the Besant nagar beach, when, Aishwarya blindfolded her father and presented him the new Royal Enfield bike. Soon after the present was revealed, Baskar hugged his daughter and Aishwarya was in happy tears. The actor then enjoyed his first ride in his daughter’s lovely gift

Previous article10 cherishable memories that will take you back to your school days
Next articleShami’s Wife Again Comes Up With a New Allegation : Says That He Tried To Kill Her By Giving Sleeping Pills.