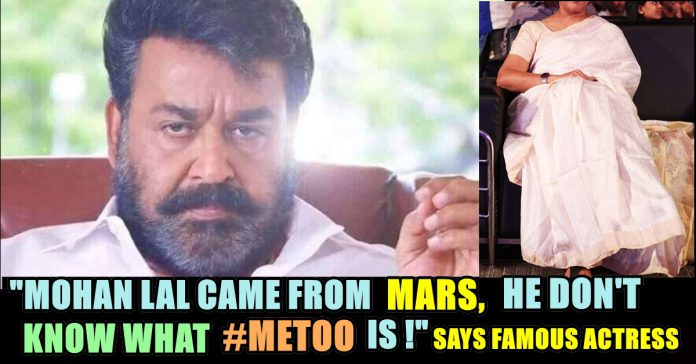 Malayalam superstar Mohanlal has termed the #MeToo movement as a mere “fad” with a short life span.

“There is no big problem in the Malayalam industry. You shouldn’t think of the #MeToo as a movement actually. It is a fad and it is turning into something of a fashion. Anything like that will have a lifespan for a bit,” Gulf News reported Mohanlal as saying at a press conference in Dubai. 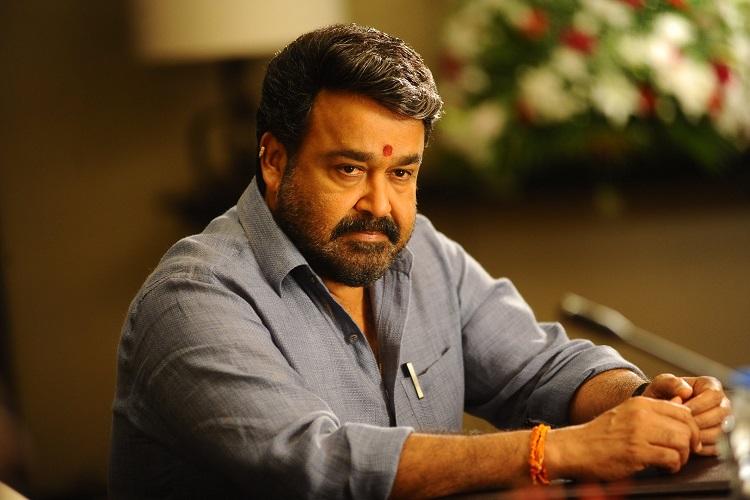 Mohanlal was in UAE to launch his charity fundraiser Onnanu Nammal, which is scheduled to take place on December 7. When Gulf News further questioned him about his comments on the #MeToo movement, the 58-year-old tried to distance himself from the issue by saying he “doesn’t know much about it.”

He also claimed that even men will have #MeToo stories to recount. The actor added he will not comment on the matter as he opined that only those who have experienced harassment should speak about it. South Indian actress and Women In Cinema Collective (WCC) member Revathy slammed Mohanlal on Thursday for his flippant remarks made during his recent visit to Dubai in which he trivialised and labelled the #MeToo movement as a ‘fad’.

Without naming him, the star questioned the lack of sensitivity displayed for such grave issues by an actor of his stature. In an interview with Gulf News tabloid!, Mohanlal — who is the president of the now-tainted Association Of Movie Artists (Amma) over its soft stand on the Dileep issue — expressed his view that #MeToo movement is become something of a fashion and that even men should begin their own movement as a snub of sorts. His blatant display of toxic male privilege and his overt insensitivity during his interview was noted and flagged up by his colleagues, fans and activists. His comment that he didn’t “know much about the issue [#MeToo] didn’t help his cause.

“#MeToo movement a ‘FAD’ says a Renowned ACTOR. How do we bring some degree of sensitivity in such people? Like Anjali Menon says, the people who have just arrived from Mars have no clue what it means to get abused, what it takes to call out and how this can bring about change!!!,” tweeted Revathy.

#MeToo movement a ‘FAD’ says a Renowned ACTOR. How do we bring some degree of sensitivity in such people? Like Anjali Menon says, the people who have just arrived from MARS have no clue what it means to get abused, what it takes to call out and how this can bring about change!!!

Her tweet re-entrenches her belief of her eroding faith in Amma. Last month, Revathy who has worked with Mohanlal in blockbusters including Kilukkam and Maya Mayuram, publicly stated that she had no faith in AMMA after they allegedly mishandled the case of abduction and assault of her colleague by subtly supporting Dileep, who’s accused as a conspirator.

Revathy isn’t alone. Activist and author Sandhya Menon (@RestlessQuill), who was responsible for triggering the #MeToo stories wave in India through her Twitter account, called the actor’s comments “highly irresponsible” Actress and TV presenter Shruti Seth expressed her shock at her colleague’s insensitive remarks along with South Indian singer Srinivas who tweeted “Mohanlal puts his foot in his mouth… Or is he just projecting the irritating macho image that many men think that they are entitled to project? Either way, he needs to introspect and talk to women and understand what they truly are… Sad statement from an actor par excellence.”