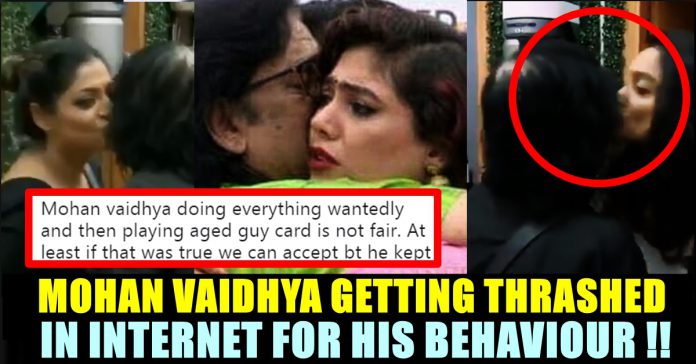 Mohan Vaidya is a musician, singer and actor. As an actor he debuted in the Kollywood movie Sethu (1999) directed by Bala. Mohan also featured in a cookery show. He made his appearance in Anniyan movie as female lead’s father as well. Mohan Vaidya is a notable Carnatic singer,classical dancer and violinist and Tamil film and television actor and presenter. 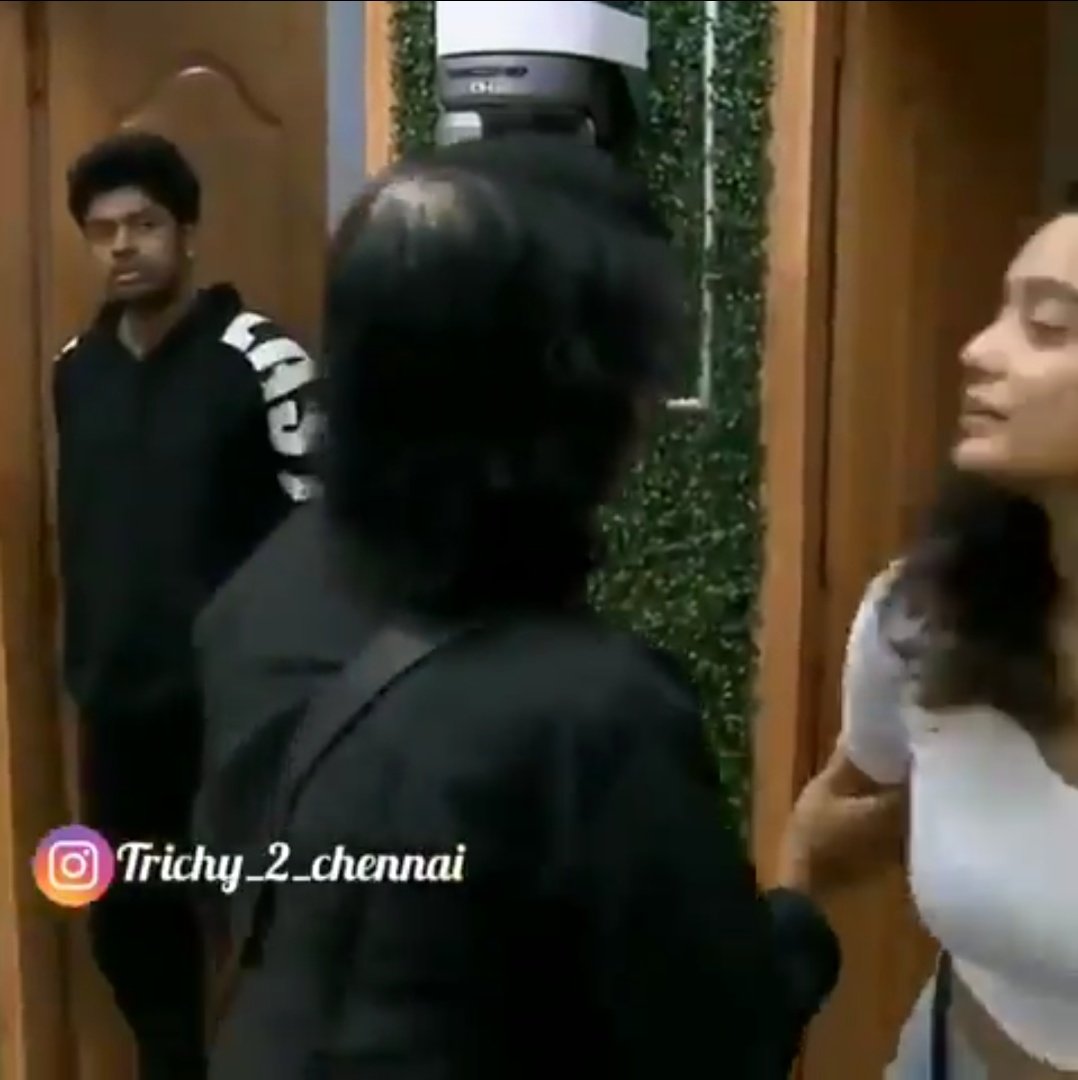 Now his behaviour inside the Kamal haasan hosting show has came under scanning. His act of crying often without reason and kissing the female contestants after getting consoled has became a routine now. Yesterday after an issue about swapping tasks, Mohan Vaithya kissed Reshma and Abhirami. When Abhirami said that Mohan vaithya is always kissing after an issue, Mohan said “If you want ask for it” and kissed her. He also asked her to kiss him. Sandy who was standing there has been staring at him for a long time which instigated the netizens to make troll posts against him.

Mohan vaidhya doing everything wantedly and then playing aged guy card is not fair. At least if that was true we can accept bt he kept lying for the reason for nt being in toilet cleaning team. Also his expression when abi gave him the kiss was shocking. Pervert! #BiggBossTamil3

Mohan vaidhya why always kattipudi with women contestants. Yesterday with sakshi he was done like this.while he was on kattipudi with sakshi his eyes was looking views with cautiously if any body watching them (him) Why ???????
I have noticed .very bad .

Anyone noticed hat 1st week he complained when Meera ask to put her dress hook but he is kissing and hugging every girls inside the house. Deiy #MohanVaidhya enna nadakutu? #Biggboss3tamil

Previous articleFirst Ever Interview Of Vanitha Vijayakumar After Coming Out Of BIGG BOSS House !! WATCH VIDEO !!
Next articleDhoni Intentionally Made India Lose To Defame Kohli ?? This Indian Player’s Father Accused !!

Samantha’s Perfect Reply To A Hater After Seeing Nayanthara& Trisha’s Posters Together!!

Samantha's befitting reply to a hater who spewed venom at one of her tweets about the emergence of female centric movies is getting positive...

Video of a man who belongs to scheduled caste community carrying the slippers of a DMK MLA from Ambur A.C Vilwanathan has created huge...