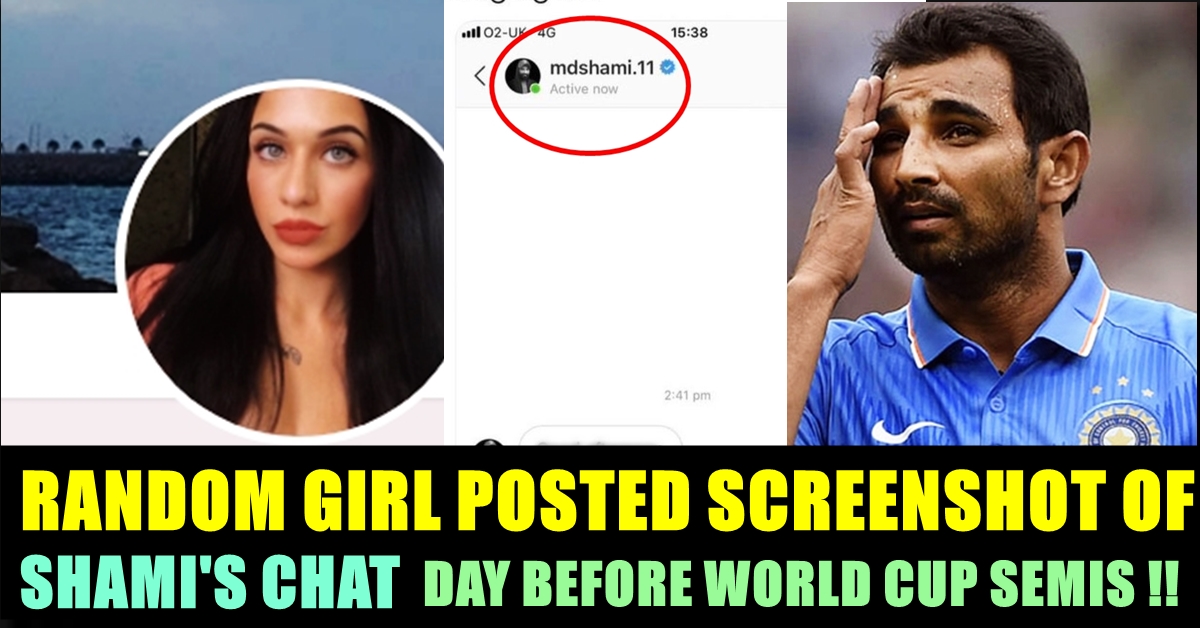 Mohammed Shami, once again caught in controversy but this time during the world’s biggest cricketing tournament. He is one of the prominent pace bowlers of team India in this ongoing tournament where the national team reached the semi finals by ending up the league stage with no.1 spot. Shami is the only bowler to take hattrick wickets in this tournament. 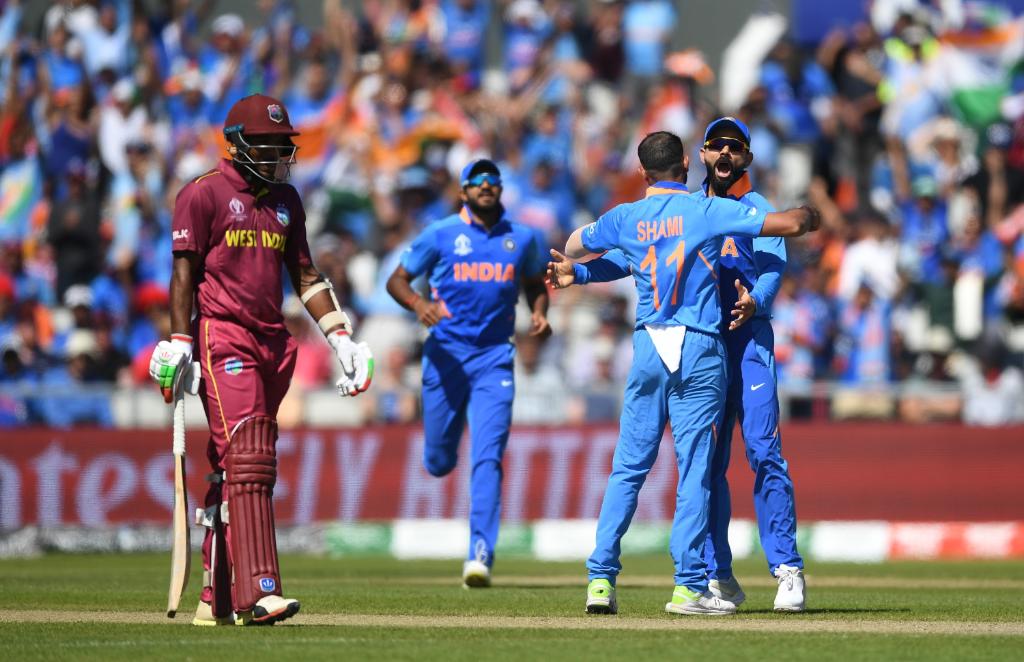 Now a random girl in twitter reported that the cricketer texted her in her Instagram inbox. She even posted the screenshot of his text which is going viral in social media platforms as the cricketer is having the biggest match of his career ahead. 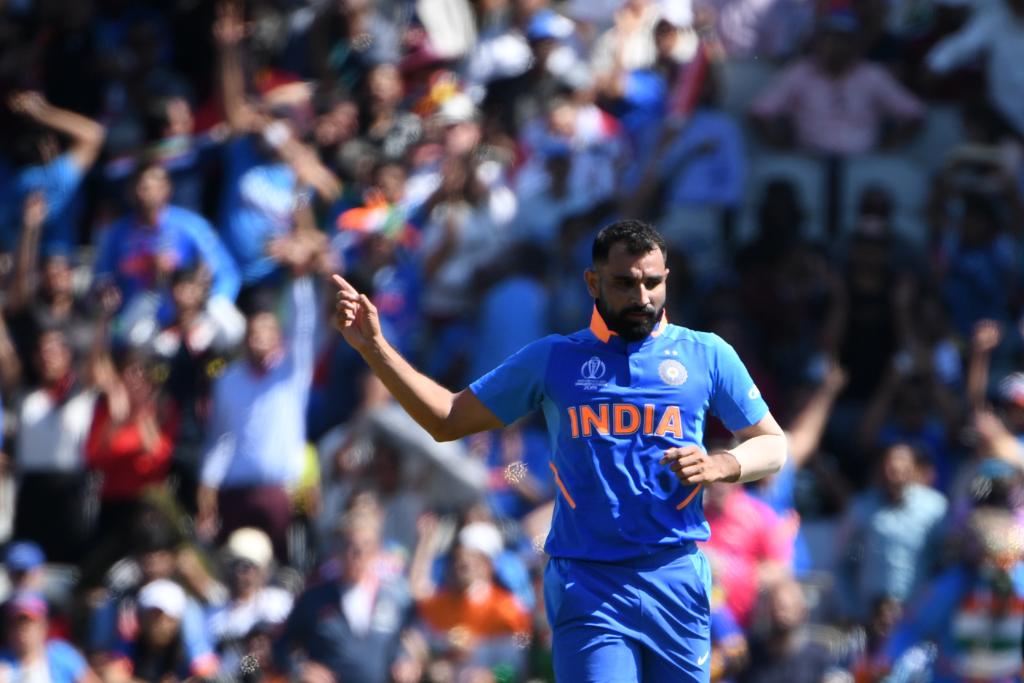 In her post, the twitter user named as Sophia wrote “anyone wanna tell me why some random cricket player with 1.4m followers keep messaging me,”. In the screenshot it is seen the cricketer’s account greeting this girl “Good Afternoon”

Check out the screenshot she posted here : 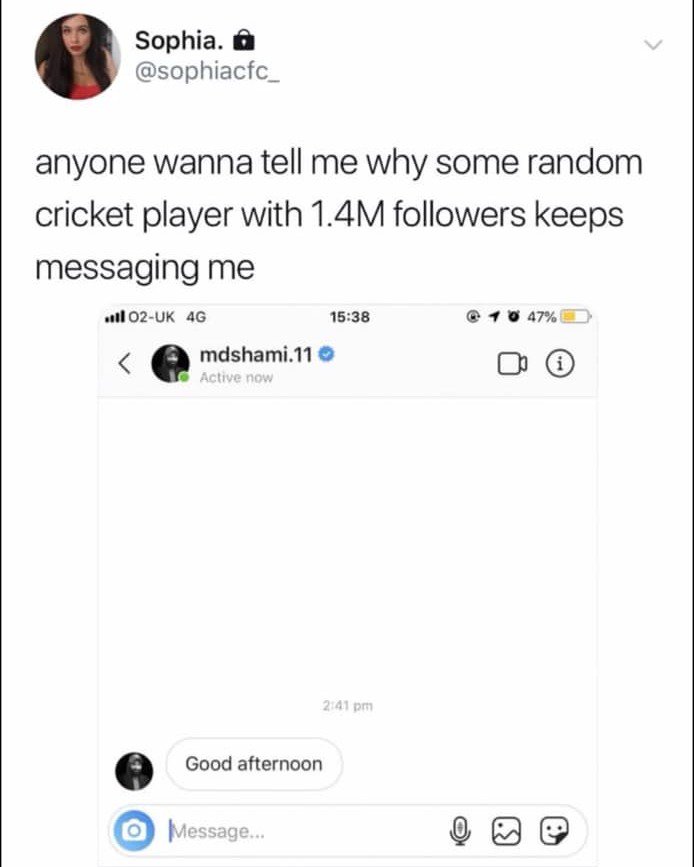 As soon as this post surfaced, it went viral among the netizens as they treated it as a joke. “A distracted Mohammed Shami could be good news for the @BLACKCAPS tonight!”

Check out some for this incident here :

A distracted Mohammed Shami could be good news for the @BLACKCAPS tonight! pic.twitter.com/eMsSdYJgJI

Mohammed Shami trying to hit on one of my followers from the UK. Peak Twitter. pic.twitter.com/RSUOT4gaJT

@sophiacfc_ the thing is, We don’t give a shit. He could kill someone for all we care and we would help him cover the dead body till 14th.

Nop it is mohammed Shami! He plays for my country! May be hes offering you tickets to the cricket world cup final!

@sophiacfc_
It’s going viral and it’ll affect you as well as him. I personally didn’t find anything wrong with that message. (Regardless of your bf/gf)It was just a greeting. You could have politely turned him down if you didn’t want to talk to him. Wasn’t s big deal. Was it?

Shami was earlier accused by his wife for domestic violence and cheating his age to BCCI. However the player managed to get an opportunity to play for his country and now performing consistently. He is very much expected to be in the playing 11 for today’s game as the death overs of Bhuvaneshwar Kumar is a bit of worry so far.

What do you think on this shocking allegation ?? Comment your views below !!