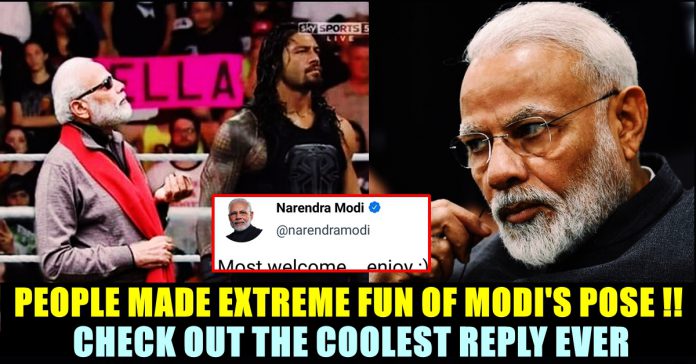 People are glued to their terrace with their cell phones in the morning of Thursday to capture the solar eclipse. Several parts of the country, including Odisha, Kerala, Gujarat, Tamil Nadu, Karnataka, Maharashtra and Delhi, witnessed a solar eclipse, which is said to the last one of the decade. The annular solar eclipse began at around 8 am on Thursday morning. The December 26 solar eclipse is what is known as an ‘annular solar eclipse’.

During the solar eclipse, the Moon won’t be able to completely cover the Sun and so, the Sun will appear as a ‘Ring of Fire’ — a disc with its edges illuminated. The ‘surya grahan’ will initially be visible most prominently from South India cities in Kerala, Tamil Nadu, Karnataka are among places where the solar eclipse will be visible fully.

Like many other people, Prime Minister of India, Narendra Modi also showed interest in witnessing the solar eclipse. “Like many Indians, I was enthusiastic about #solareclipse2019. Unfortunately, I could not see the Sun due to cloud cover but I did catch glimpses of the eclipse in Kozhikode and other parts on live stream. Also enriched my knowledge on the subject by interacting with experts.” PM said in his Instagram by attaching three of his pictures.

Like many Indians, I was enthusiastic about #solareclipse2019. Unfortunately, I could not see the Sun due to cloud cover but I did catch glimpses of the eclipse in Kozhikode and other parts on live stream. Also enriched my knowledge on the subject by interacting with experts.

As we all know, pictures shared by Narendra Modi would always go viral and people would use his image to make memes. In a similar way, pictures shared in these post were also went viral as memes. One of a twitter user had the courage to say it in his post. Sharing one of the picture from his post, the user named as Gappistan Radio wrote “This is becoming a meme”

This is becoming a meme pic.twitter.com/aIbb3QdUbb

To our surprise, this picture grabbed the attention of the PM himself who took time to reply to this user by saying “Most welcome….enjoy :)” Check out the viral reply below :

This tweet from the prime minister received more than 1 lakh likes in twitter and caused a hashtag saying #CoolestPM. Check out some of the memes posted using the picture below :

How you look When She
at Crush looks back pic.twitter.com/CqP9SbZQ2M

What do you think on the way our prime minister replied to the common twitter user ?? Comment your views below !!

Previous articleSuriya Fans Got Highly Disappointed With This TV Channel !!
Next articleGirl Child Suffers After The Arrest Of Her Parents !! WATCH !!