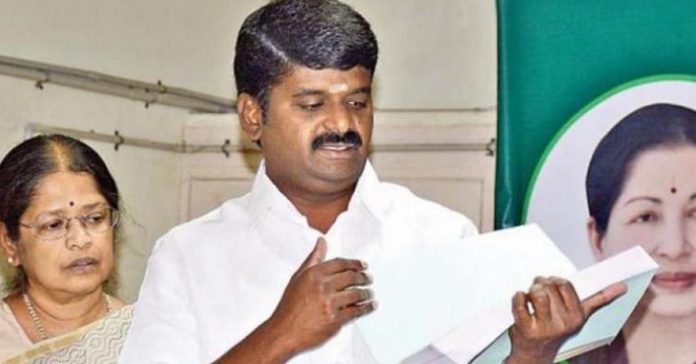 Minister Vijaya Baskar Does A “Vaaranam Aayiram Surya” To A Lady Journalist: His Cheap Act Hits The Headline

Minister Vijaya Baskar’s controversies continues. This time caught on camera and he didn’t seem cared for that. Tamil Nadu’s Health Minister C Vijayabaskar established himself as a shameless, creepy and controversial as well.

Instead of giving a straight reply or a simple walk off Minister replied the journalist by saying “your specs is beautiful!!”. When the reporter persisted with her question, he reiterated: “Your specs look good!”

The reporter, who remained professional throughout, said, “I wear these specs everyday. What was discussed in the meeting?”

While the reporter in question wishes to stay anonymous, the entire incident was caught on camera.

The Health Minister later apologised for his comments. Speaking to Times Now, Vijayabaskar said, “My intention is just to avoid a political question. If I hurt anybody, I am very sorry. I see all reporters as my brother and sister.”

Previous articleTop 10 Healthy Foods On Earth: Have You Tasted Any Of These?
Next article10 Things You Must Have Eaten In Your Childhood If You Are A Chennaite

Rajinikanth is playing two different roles in Darbar. Reportedly, he will be seen as an IPS officer and as a social activist in the...