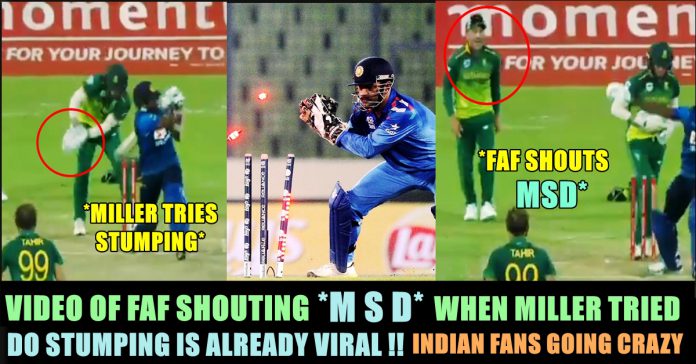 Miller Tried To Do Stumping !! Faf Du Plesis Calls Him As “MSD” !! WATCH

Part-time wicket-keeper David Miller was praised by his captain Faf du Plessis as “MSD” for his brilliant stumping attempt during the second ODI of the ongoing tournament against Sri Lanka. South Africa increased their lead to 2-0 after defeating the Lankans by 113 runs in the second ODI. Former Indian captain MS Dhoni remains to be an inspiration for budding cricketers across the globe. The Ranchi man might no more be the official captain, but as far as decision-making is concerned, he is still pretty much active on the cricket field. His skills behind the wickets are still talked about across the globe and it was evident during the 2nd ODI between South Africa and Sri Lanka, where Proteas captain Faf du Plessis lauded the effort of his part-time glovesman David Miller by calling him ‘MSD’.

In the 32nd over, South Africa’s regular wicketkeeper Quinton de Kock walked off the field as the team needed just one wicket to clinch the match. As Imran Tahir tossed the ball, Sri Lankan batsman Oshada Fernando looked to smash it over midwicket for a boundary but failed to connect with the ball. Despite the big spin, Miller was able to catch the ball behind the stumps and then quickly dislodged the bails, sending a message across to Fernando to be on his toes. The batsman was safe, but Miller’s work prompted du Plessis to cheekily call the left-handed batsman as “MSD” with a chuckle. Miller not only caught the ball which sharply spun away from the batsman but also removed the bails in a flash. Lauding his effort, Faf, who was fielding at slips, called Miller ‘MSD’ – in reference to MS Dhoni – which was also followed by someone saying, “Come on, MSD.” 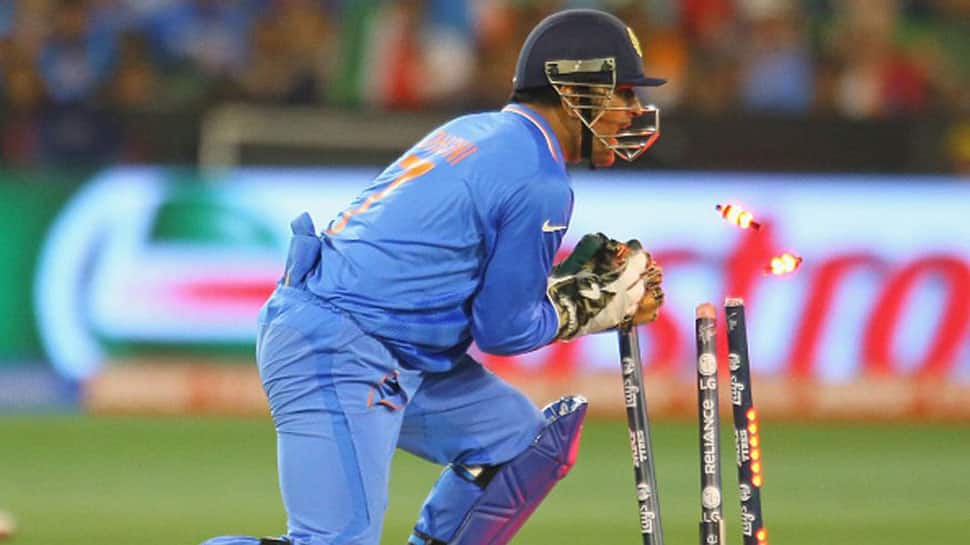 Du Plessis, who has been a part of IPL franchise Chennai Super Kings since 2010, has played under Dhoni’s captaincy in the lucrative T20 league.The South African will return to the play with the franchise, along with the real “MSD” in the upcoming season of the tournament which is set to begin from March 23. Bowler Imrah Tahir who is seen smiling in the video is also a part of Chennai Super Kings where he will play under Dhoni’s captaincy.

Previous articleMan Bought 140 Crore Worth Car From Bugatti !! You Must Check This Tamil Actor’s Reaction !!
Next articleTrollers Mocked This Actress’s Body Shape !! She Came Up With A Slipper Shot Reply To All Of Them !!