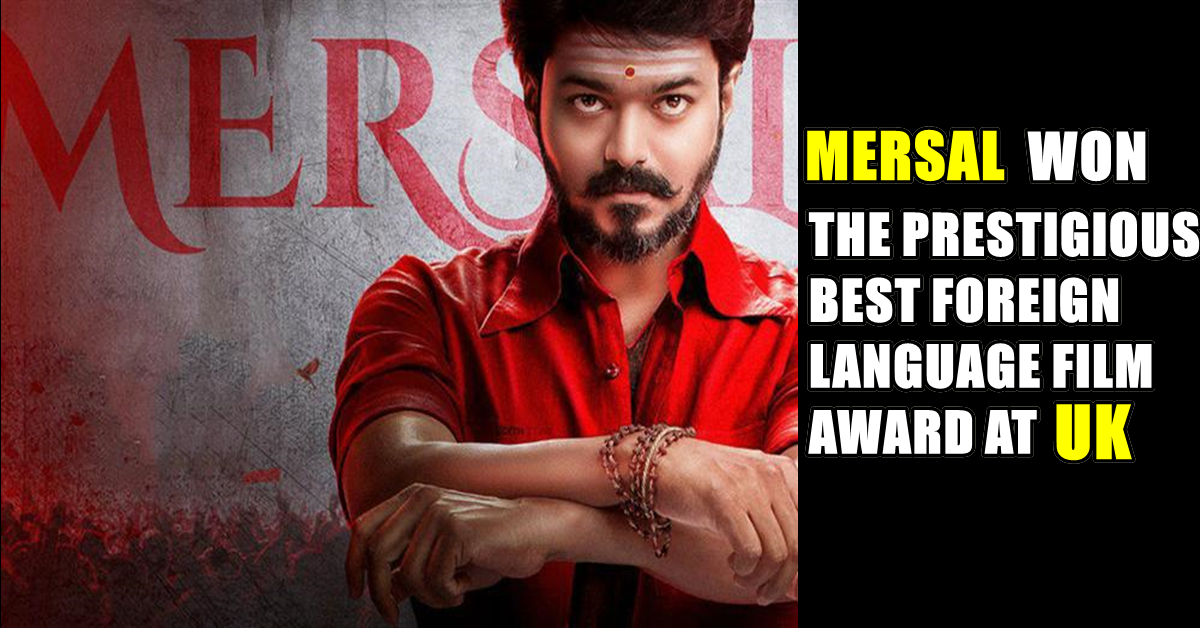 Earlier this year Tamil actor Vijay’s most controversial film “Mersal” was nominated under the best foreign language film and the best supporting actor category at the 4th edition of the National Film Awards, UK. Now as the result was arrived the Tamil movie “Mersal” which was produced by the Thenandal Studios has been declared as the winner in its nominated category. The award ceremony took place on the 28th march at London.

The most controversial Tamil film of 2017 which infuriated the BJP for having dialogues against the demonetisation move implemented by the Modi’s government. The film quickly got the nationwide attention and now it has been recognized Internationally as well. It has been nominated for National Film Award UK 2018 in January, one of the prestigious annual awards given out by National Film Academy – which supports and encourages talents that make up motion picture industries. Films from various countries like, France, Russia, Germany, Sweden, South Africa, Lebanon, were in contention, and Mersal, which was the official entry from India, won the award. Vijay is competed against the actors like Keith Allen (Kingsman ‘The Golden Circle’) and Jordan Stephens (Access All Areas) under the category of Best supporting actor award. Meanwhile Mersal the film was nominated along with the films Happy End (France), Loveless (Russia), In the Fade (Germany/France), The Square (Sweden, Germany, France), A Fantastic Woman (Chili), Vaya (South Africa) and The Insult (Lebanon). And the Tamil film grabbed the award which was announced on the 28th of March. Its been a major pride moment for the whole Indian Cinema Industry !!

Woman Arrested For Growing 6ft Ganja Plant : Reason Her Mother Claims Is Absolutely Unbelievable!!
Watch : Elephant Caught “Smoking” In The Forest.. What Did Just Happen There?