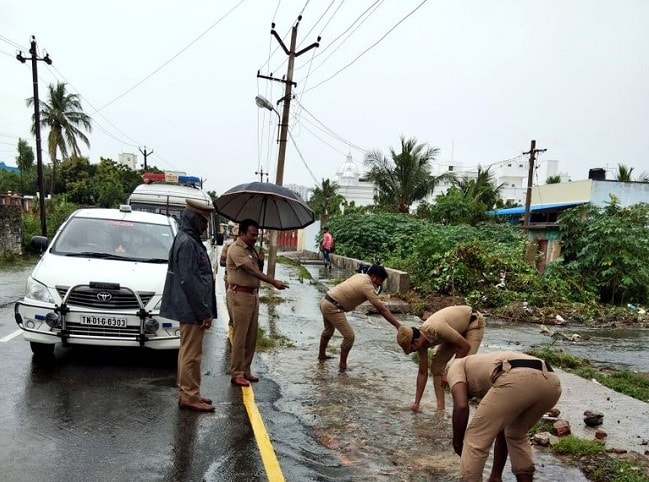 Torrential rains on Thursday evening saw several areas in Chennai getting waterlogged, with citizens having to wade through knee-deep water in places like Mudichur, Velachery, S Kolathur and other areas. 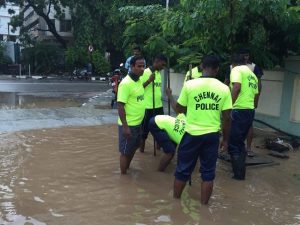 Leading efforts to restore normalcy to the city was Chennai Police Commissioner AK Viswanathan, who along with other senior police officers reviewed relief measures on the ground. 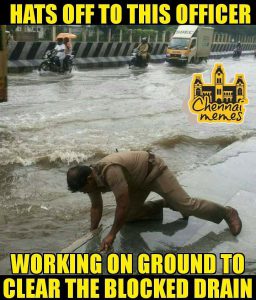 The cops rolled their pants up, as shown in the picture and worked  hard to drain the stagnant water. Police officials also distributed food in rain affected areas like Velachery. 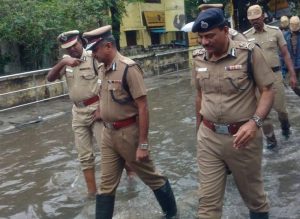 Statements by Municipal Administration Minister SP Velumani have also been derided by social media users. The minister had earlier this week justified the state’s preparedness for the rains, stating “It rained in Bengaluru recently, earlier it rained in the UK and US and we were told it was flooded everywhere. It shows our action is better than those of developed countries.”