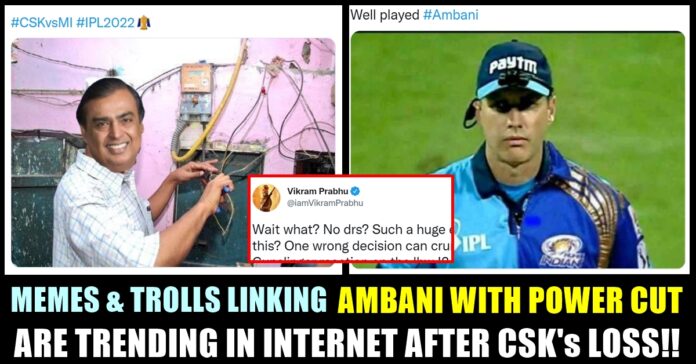 Memes and Trolls linking Mumbai owner Ambani and the power cut that took place during Devon Conway are trending in social media platforms. The bizarre incident raised many eyebrows and questions about the standard of Indian premier league which is considered as one of the cash rich tournaments in the world. 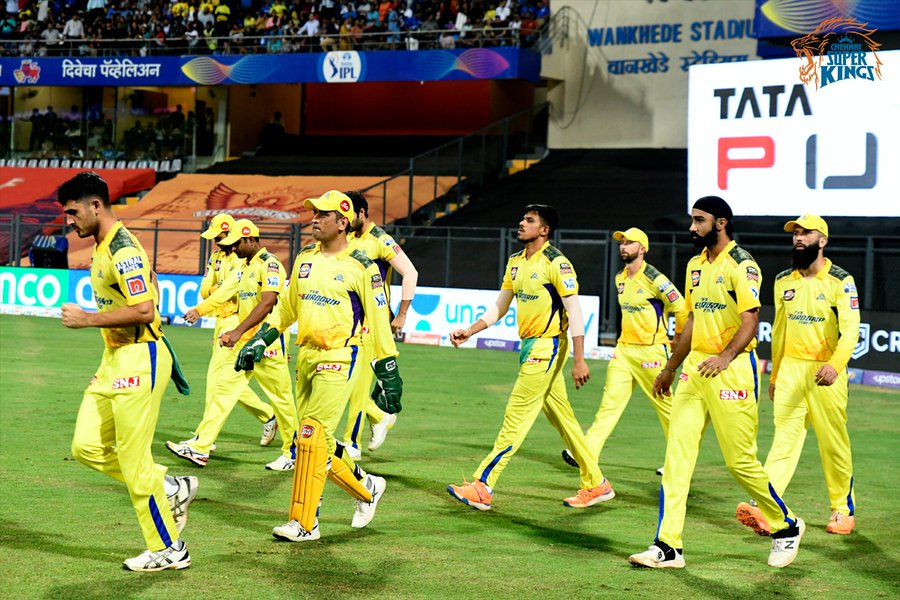 The incident took place right after the second ball of the CSK innings. Daniel Sams bowled a length delivery that shaped in to beat Conway’s flick.The latter was struck on the pads around the leg and umpire Chirra Ravikanthreddy gave it out straight away.

After having a chat with his partner Ruturaj Gaikwad, Conway decided to go fot review but nothing worked in his favour. It has been reported that DRS wasn’t available then due to power cut in the stadium. Without having much choice, Conway returned to pavilion for a golden duck.

It seemed like the ball was missing the leg stump but nothing could have been done at that point. The incident didn’t go well among the followers of the game with many questioning the arrangement of the management.

Even Chennai Super Kings Franchise came up with a tweet wondering what was happening on the field.

Trolls, memes and condemnations keeps surfacing in the internet after the yellow team lost the match miserably to the blue team. Many fans linked Mumbai owner Ambani with the powercut as well. Check out some of the reaction below :

Wait what? No drs? Such a huge event! What excuse is this? One wrong decision can crumble a team! Gunslinger reaction on the lbw !? 🤯🤷‍♂️ #IPL

No DRS because of a power cut at Wankhede 👀#CSKvsMI #IPL2022 #ambani pic.twitter.com/LErf36XIMp

Umpires need this type of treatment by the way.#CSKvMI #fixing #ambani #electricity pic.twitter.com/bmqeoalHcR

A stadium that hosted a World Cup final lost power all of a sudden what a miracle.👏 .#CSKvMI #powercut #MumbaiIndians pic.twitter.com/uwzoVijVMo

No drs because of Light Cut

Previous articleJUST IN : Official Word From Dhoni About Doing A Film With Nayanthara!!
Next articleBollywood Actress Urfi Javed Replied To The Baseless Comments Of Her Followers!!

Girl Woke Up At Her Funeral !! Case Filed Against Doctors

Three year old child woke up at her funeral after being declared as dead by the doctors. However, the child died moments later. Mother...

A viral video that shows a teenage boy tying mangalsutra to a a girl who was wearing a school uniform is going viral in...