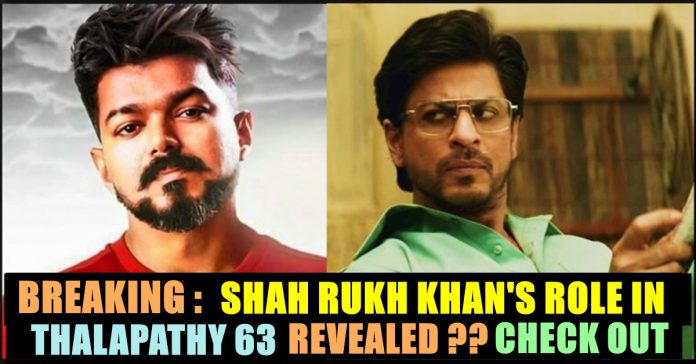 Earlier a news about the protagonist’s  character name in the film did rounds in social media. It is said that Vijay’s character in the film is named Michael. However, the production house has not made any official comment on the rumour. 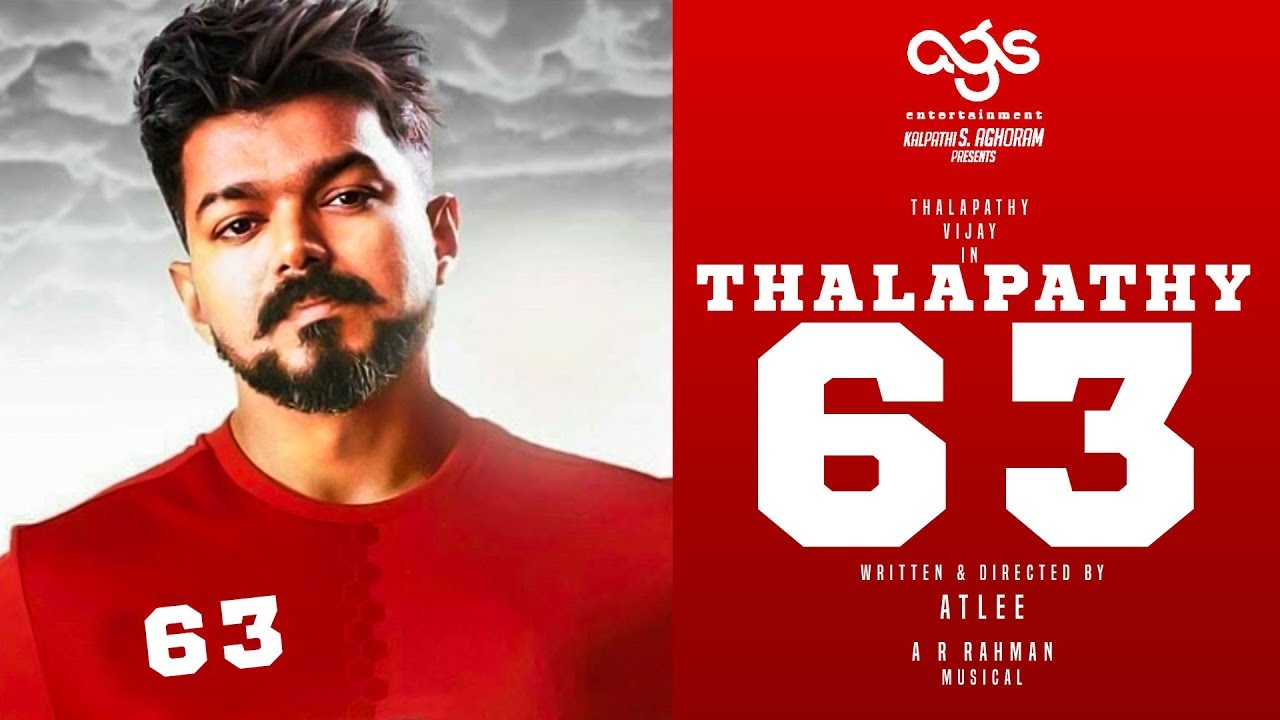 Now the Mega update about the film which surfaced in social media is about nothing but the cameo appearance of the top Bollywood actor. Shah Rukh Khan who is fondly called by his fans as “Bollywood Badshah” making his appearance in the movie. 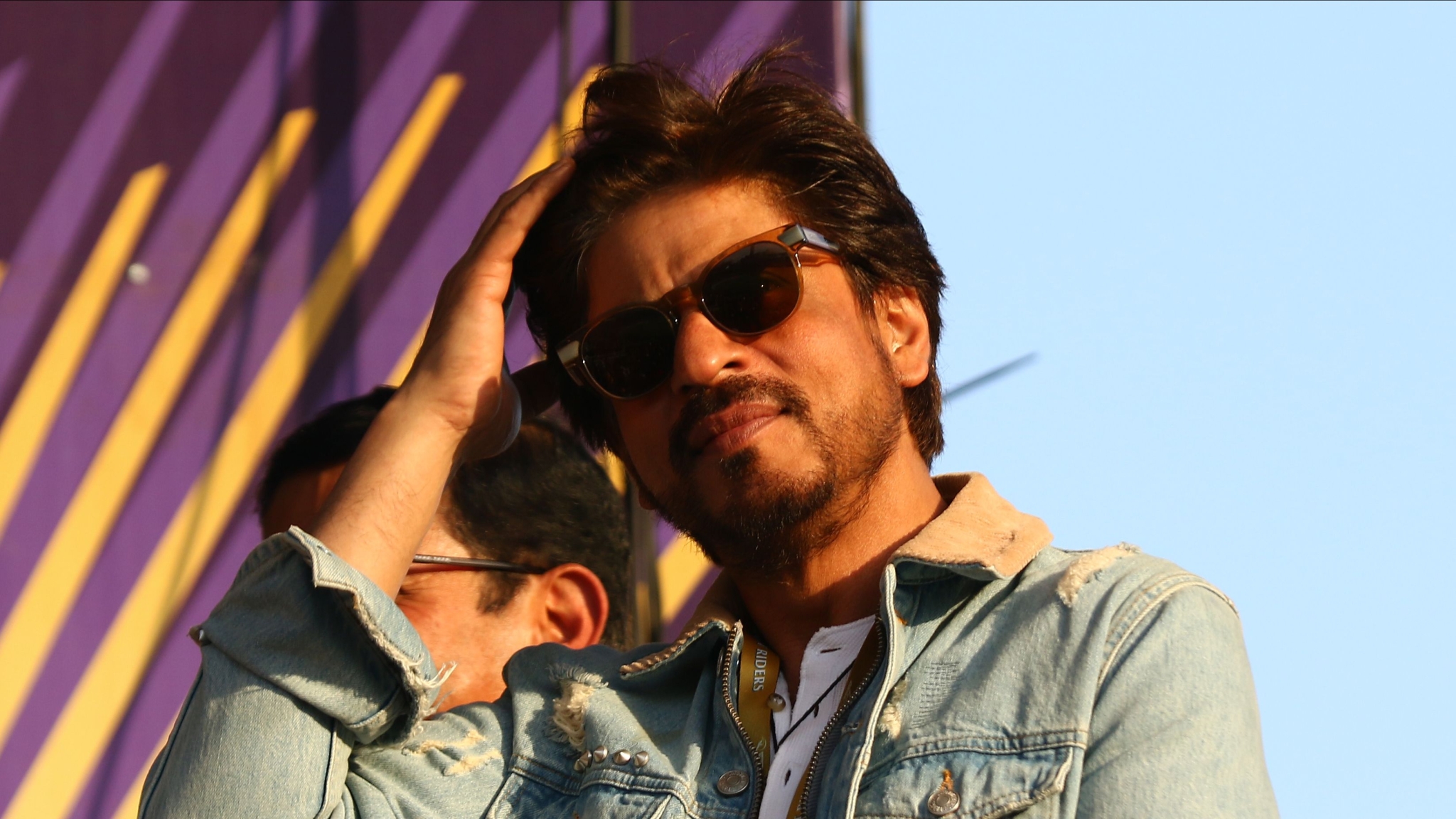 It is also reported that a police station set has been raised in Royapettah with the name “Gurugram Police Station” according to Indiaglitz. So it is believed that Shah Rukh may appear as a cop himself in the movie.

Vijay is playing the role of a football coach in the movie and he is getting trained by professional sportsmen for the role. AR Rahman, who is composing the music for the film, recently said he hasn’t worked on such a project in Tamil. He praised Atlee of having a good music sensibility.

#Thalapathy63 Wait for the Official Confirmation of #Sharukhan Rumor talks. Team will announce regarding it shortly.

“It’s just fab to work with Vijay, who is the son of SAC, my director from the film Kudrat Ka Kanoon. So catching up with his dad & the superstar(Vijay). Also Atlee, he’s a great director. I’m rocking out there. They are looking after me like a child,” Jackie Sheroff who joined the movie crew recently said to the media. 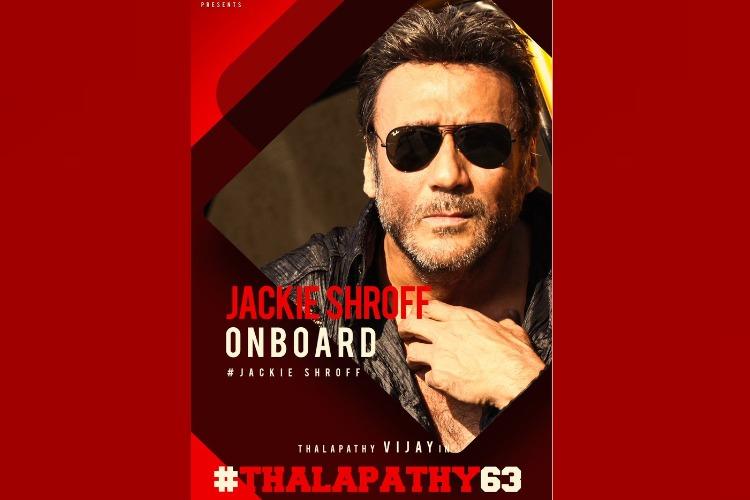 Jackie Shroff, who made in Kollywood debut in Thiagarajan Kumararaja’s Aaranya Kaandam, has worked in Tamil movies like Rajinikanth’s Kochadaiiyaan, Maayavan and working in a few films.

There are lots of reports which claim that Jackie Shroff is playing the role of a villain in Thalapathy 63. However, there is no official word about it, yet. 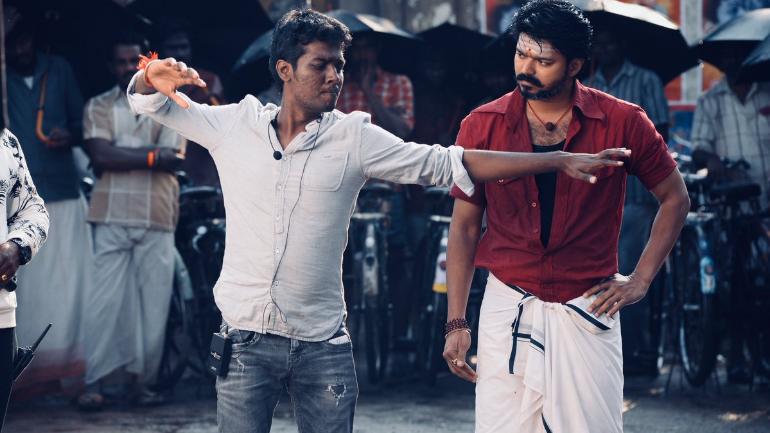 Other than Vijay, Nayanthara to be part of the film. Atlee has retained most of the crew members of Mersal for the upcoming film.

Daniel Balaji, Yogi Babu and Kathir are playing supporting roles in Thalapathy 63. Produced by AGS Entertainments, this flick is expected to hit the theatres towards the end of the year.

Now tell us how it would be to see Vijay and Shah Rukh Khan together in the screen ??

The star's kid has taken the internet by storm. Sanjay, the 18-year-old son of Ilayathalapathy Vijay, has worked on a short film, and it...

Popular television actress Nithya Ram posted a cozy picture with her husband and asked her followers not to stop romancing. Nithya Ram who works...

Independent Journalist Savukku Shankar who is known for his bold political statements and allegations, recently, questioned the Police Department for not visiting the office...