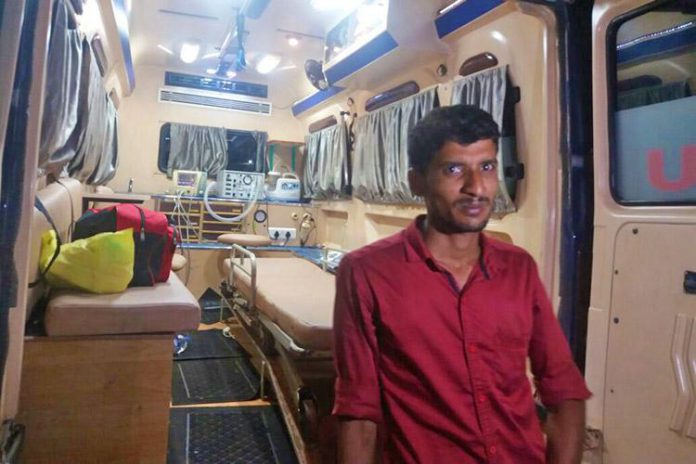 Abdul Thameem, 27, the Ambulance driver, saved the life of a 31 days old infant by covering a distance of 500 km, from Kannur to the Southern most district of thiruvanandhapuram in just 6 hours.

Thameem received a lot of motivation from various sources as the life of the infant was to be saved within 8 hours.

The 31-day-old infant, suffering from a congenital heart disease had to be transported urgently for a surgery from the Pariyaram Medical College in Kannur to the Sree Chitra Tirunal Institute for Medical Sciences and Technology (SCTIMST) in the state capital. Starting off at 8.30pm on Wednesday night, Thameem’s ambulance safely delivered the infant to the hospital in Thiruvanathapuram at 3.23am the next morning.

“I was told that I need to get the child to Thiruvanathapuram in under eight hours, since she was on oxygen supply. We didn’t stop anywhere, except for in Kozhikode to fill diesel. I don’t remember having to step on the brakes at all, since volunteers and the traffic police ensured that we didn’t face any problem,” Thameem says. 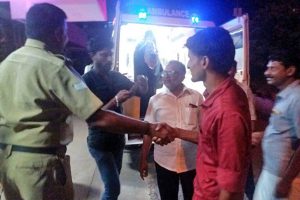 This is not just the efforts of an individual, it’s the combined efforts of many police men and volunteers, without whom this operation cannot be a successful one.

Fathima Labia, the daughter of Kasargod natives Siraj and Ayesha, was admitted to the Pariyaram hospital on Monday. However, the hospital’s Public Relations Officer (PRO) Dileep told TNM, this had only been an intermittent measure, since the hospital is the only one in the district that has a neo-natal ICU.

Once the family secured an appointment for emergency surgery at the SCTIMST hospital in Thiruvananthapuram, the massive task ahead of them was to shift the baby in time for the surgery.

“We have a WhatsApp group with our representatives, ambulance drivers and police officials. Once we got information at around 7.30 pm that this child needed to be shifted to Thiruvananthapuram, another dedicated WhatsApp group was created for this mission. Our representatives in every district reached out to the concerned police stations and sought help to clear the traffic. They were on the road ensuring that the ambulance could pass through without delay,” says Sunil, CPT’s State General Secretary.

As the ambulance passed through Kozhikode, Thrissur, Ernakulam and Alappuzha districts it was led speedily by police pilot vehicles in their respective jurisdictions.

“I wasn’t keeping track of the time at all, I was concentrating on getting the child to the hospital as early as possible,” Thameem says. 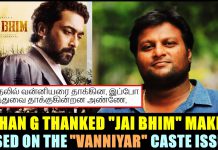 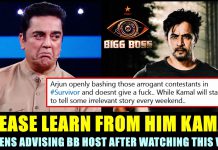 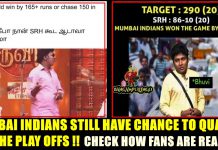