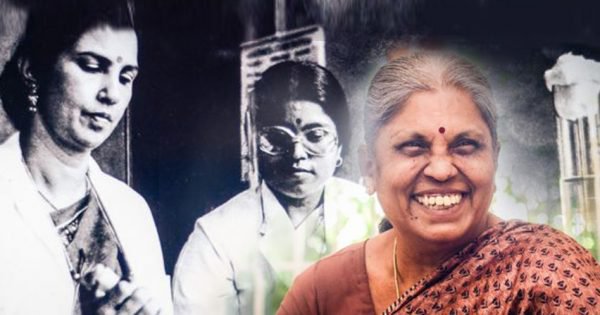 Exactly 30 years ago, in 1986, first HIV-AIDS case was identified in six sex workers in Chennai.  A large share of the success goes to the efforts of a young scientist – Sellappan Nirmala.

In the late 1985s when 32-year-old Nirmala, a microbiology student at the medical college in Chennai, was looking for a topic for her research. The idea came from her professor and mentor, Dr. Suniti Solomon. When it was first suggested to her to screen people for HIV/Aids, Nirmala hesitated. Solomon, however, persuaded her to give it a try.

Initially, when HIV-AIDS was identified in America,it was said that the disease was prevalent in the western countries  where “free sex and homosexuality” were common.

Indians, on the other hand, were portrayed as heterosexual, monogamous and God-fearing. Some papers even remarked smugly that by the time the disease reached India, the Americans would have found a cure for it. Moreover, the city of Chennai and the surrounding Tamil Nadu region were considered especially traditional societies. Hundreds of samples were collected from various sex workers from the city of Mumbai.A test was conducted at the virology institute in Pune but no sample showed positive.

It was decided that Nirmala would collect 200 blood samples from high-risk groups like sex workers, gay men and African students. Nirmala had previously worked bacterial disease transmitted from dogs and rodents.

Unlike Mumbai and few other states, Chennai did not have well known red-light areas. This made it difficult for Nirmala to meet a few sex workers so as to collect blood samples.

So she began frequenting the Madras General Hospital where many women were treated for sexually transmitted diseases. There she gained the contacts of two such workers, who later guided her about othe sex workers. So every morning, before going to work, Nirmala began dropping in at the remand home to visit the sex workers.

She was encouraged by her husband, Veerappan Ramamoorthi, who supported her every step of the way. Often, he drove her to the remand home on his scooter.

Over three months, she gathered more than 80 samples. She had no gloves, no safety equipment. And the sex workers had no idea what they were being tested for. Solomon created a small makeshift lab with equipment borrowed from her husband, a heart surgeon, and others in which she and Nirmala separated the serum from the blood samples. In the absence of a better storage facility, Nirmala kept them in her home refrigerator. As there was no facility for ELISA testing in Chennai, Dr. Solomon arranged for the samples to be tested at the Christian Medical College (CMC) in Vellore, 200km away. When the lid was opened, it was observed that six of the samples had turned yellow. The expert checked the results and confirmed that there were six positives.

The grim news was conveyed to the Indian Council for Medical Research, which informed the then-prime minister Rajiv Gandhi and then-Tamil Nadu state health minister HV Hande. When Hande announced the bad news in the state assembly in May, Nirmala and Solomon were seated in the visitors’ gallery.

The authorities began a mad scramble to come up with a response. This was just the tip of the iceberg. They had to get down to work quickly. Authorities launched massive screening and prevention programs.