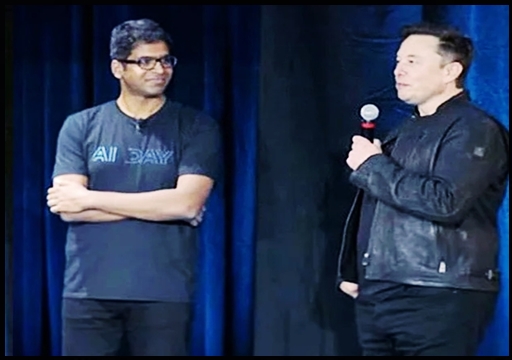 Elon Musk, the founder and Chief executive officer of Tesla, recently revealed that Ashok Ellusamy, an engineer who belongs to Chennai was the first recruit for Tesla autopilot. Ashok who is associated with the company for eight years now, was hired after Mask put out a tweet looking for candidates for the auto pilot team.

Ashok Ellusamy earned his Bachelor of Engineering degree in Electronics and communication from the college of Engineering, Guindy in Chennai. He further studied robotic system development at the Carnegie Mellon University in the united states. Prior working with Tesla, Ashok was associated with the WABCO vehicle system and Volkswagen.

Started working in Tesla as a software engineer in the year 2014 for autopilot, Ashok Ellusamy got promoted as director of Autopilot software in the year 2019. Recently, while interacting with media, Elon Musk recognized Ashok as one of the talented people his company has. “Ashok is actually the head of Autopilot engineering. Andrej is director of AI; People often give me too much credit & give Andrej too much credit. The Tesla Autopilot AI team is extremely talented. Some of the smartest people in the world” Elon said.

“Ashok was the first person recruited from my tweet saying that Tesla is starting an Autopilot team!” Elon said in his tweet as well.

Ashok was the first person recruited from my tweet saying that Tesla is starting an Autopilot team!

Online users who belong to India couldn’t keep calm as soon as Elon made the statement. Many could be seen congratulating Ashok for his achievement and a number of tweets expressing the pride about himself being an Indian were also surfaced.

People should learn the healty use of social media by @elonmusk https://t.co/boGNlsUzeX

@aelluswamy Congratulations bro!! I am sure many more to come. #Tesla #autopilot
You are always an inspiration. https://t.co/PwgzaqlMv5

Great to see Indian Talent on every scale of global impact…. https://t.co/zwTEr0KgYU

The cars manufactured by Tesla are equipped with advanced hardware that is capable of supporting “autopilot features and full self driving capabilities”, according to the company’s website. Mr. Musk is the wealthiest person in the world, according to Forbes, with a net worth of around $282 million, most of it in Tesla stock.