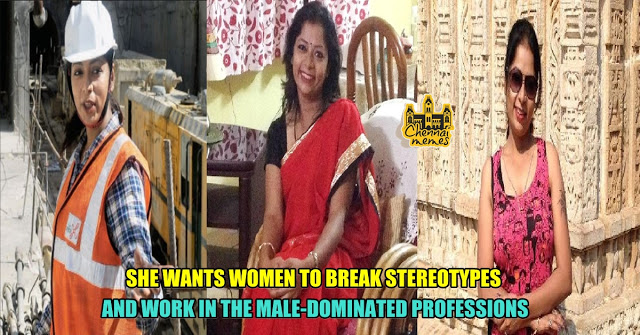 She must be a visitor.” That’s the murmur she heard when Annie Sinha Roy walked into the construction site of Delhi Metro on the first day of her job. “There were about 100 men, most of them labourers and a few engineers. They thought I would not last long. There were no toilets, no place to sit and debris all around,” the country’s first and only woman tunnel engineer recalls.“After a couple of hours, I was standing in front of a huge machine that had to break the ground but it was stuck. A German engineer and my boss asked me to get inside it and open a nut. Even before I realized what I was doing, my face was gushed by hydraulic oil. The colleague said my face would glow for the rest of my life. Today tunnelling is my life,” says Annie, 35, ahead of the inauguration of South India’s first underground Metro rail on Friday.In Bengaluru, she alone steered Godavari, the tunnelboring machine that recently finished boring underground from Sampige Road to Majestic. She calls it her tunnel because the machine had got damaged just when she joined as assistant engineer in Bangalore Metro Rail Corporation (BMRC) in May 2015. After that, she used to spend eight hours in the tunnel every day. “Sometimes when people see me with the helmet and jacket and learn that I work for Namma Metro, they would only ask when the work will get over,” she says. Recalling her long journey, she said she wanted to pursue her masters after completing degree in mechanical engineering from Nagpur University.
“But I lost my father and I had to get a job to bail out my family from financial crisis. I got a job offer from Senbo, a contractor with Delhi Metro, and took it up in October 2007,” says Annie, who hails from a middle class family in north Kolkata.

In 2009, she joined Chennai Metro. And then went to Doha for six months in 2014. “My visa application was rejected thrice by Qatar because they do now allow unmarried women to go and work there. But the fourth time, I fought it out with them,” she laughs.
Annie is proud of her work in the tough male world around her, which has helped her “not bother about what is going to happen tomorrow”.

She wants women to break stereotypes and work in the male-dominated professions. “I want women to drive a tunnel boring machine. I want them to work in the tunnel,” said Annie who lives in HSR Layout with her husband, a techie.