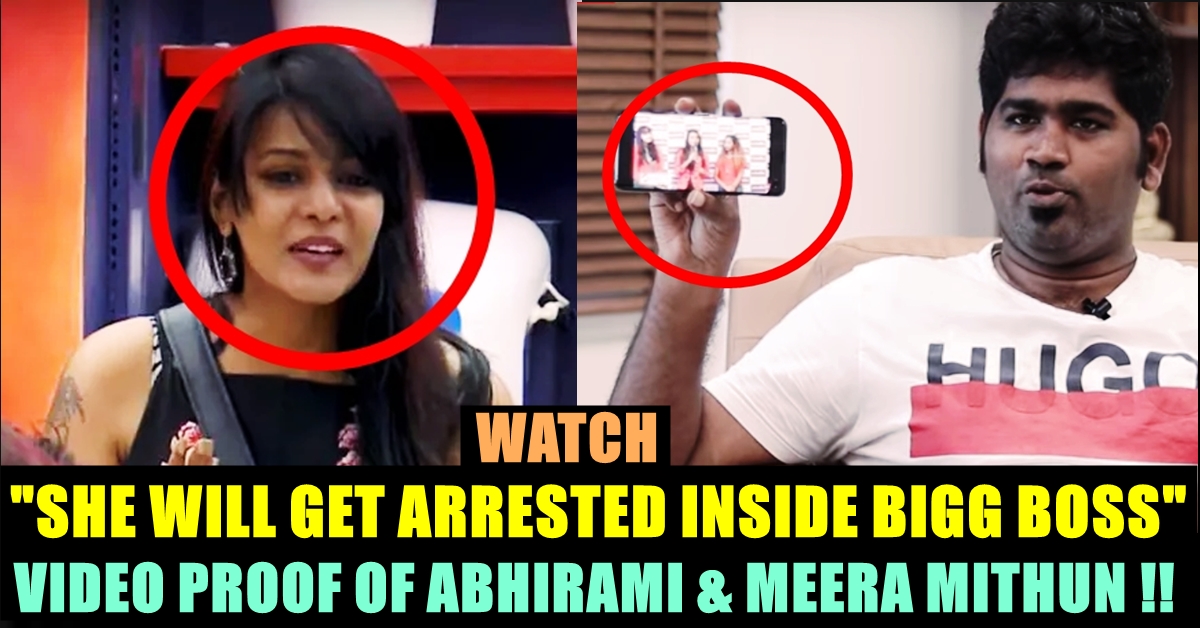 Day before yesterday, she made her entry into the BIGG BOSS Tamil season 3 as one of the contestant. As soon as she entered the house, many housemates expressed their hatred. “The people against whom I have lodged my complaint, have hacked my phone and website and have spread rumours against me on social media. They are doing this to disturb the event on 3rd June. They are also threatening my sponsors.” she said in her complaint.

In a way of denying it, Joe Michael against whom the actress made complaint, gave an interview to Behindwoods, a couple of weeks earlier. Joe alleged that she has cheated money of many beauty models in the name of conducting a beauty competitions. “By taking selfies with high profile celebrities, she would cheat models and their family” says Joe in the interview.

He also explained how a beauty model got trapped by Meera Mithun in the interview. While Meera Mithun making her entry into the BIGG BOSS house, her fellow models, Abhirami Venkatachalam and Sakshi seemed unhappy which was captured. As three of them involved in the field of modelling, there is something happened between them in the past which left the audience go puzzled. “I know she is getting into the Bigg Boss house 10 days earlier itself. After knowing it it, I called Bigg Boss’s producer and asked him to check her background. But he said that they have a big legal team which will take care of it. This is not just a problem between me and her. It is a problem between her and 4 other models.”

“The main reason of her participation in Bigg Boss is to erase the criminal records on her in order to transform as “Bigg Boss” Meera Mithun. Her real name is Tamil selvi and her Wikipedia page which had the informations about her criminal records is now edited.”

“If she sustains 100 days inside the house, then I would say that law is no more alive. She believes that Vijay tv would not let police to arrest her. But they would do it for TRP. even Kavin, Abhirami Venkatachalam, Sakshi Agarwal and that Srilankan model know about her.” says Joe in his interview.

After Seeing Sandy Being Happy In BIGG BOSS, Here’s How His Ex-Wife Is Reacting !!
A.R Rahman’s First Salary Amount For “ROJA” Revealed !! Check How He Won This Producer’s Heart !!