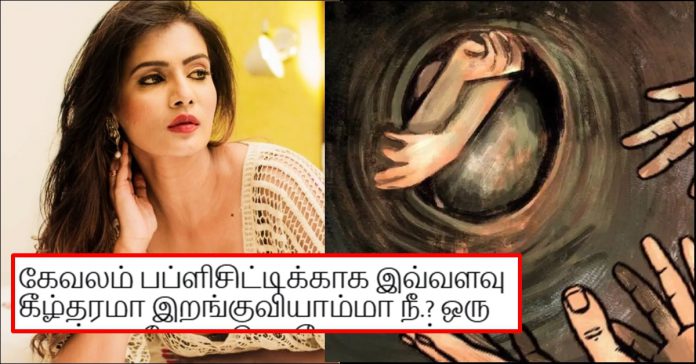 Celebrities and politicians across India are expressing their condolences for the demise of 2 year old kid Sujith who died because of getting trapped into an abandoned borewell. Sujith Wilson, the two-year-old toddler who had fallen down an abandoned borewell near his house in Nadukattupatti near Manapparai in Trichy on October 25 was declared dead early Tuesday morning. Officials conducting the rescue operations had pronounced the child dead after foul smell began emanating from the borewell on Monday night.

Meera Mithun who is known for her appearance in Bigg Boss show, posted a couple of videos to express her emotions regarding the demise of the child. In the video, she said that what Sujith did was a sacrifice and it prevents thousands of children from falling prey into the abandoned borewells in future.

watch the videos of her below :

Sloppy incautious error-ridden spur of the moment actions of TN government @EPSTamilNadu has led to this misery of a family infront of their teary blooded eyes. Only after global media attention, politicians emerged in the scenario. @cineulagam @ThanthiTV @PTTVOnlineNews pic.twitter.com/BIjGkEynHl

However, after seeing these videos, most of the people who follows her trolled her for making a video for this issue. “Why are you making this video with B612 app ??” asked one of an user. Some even labelled these videos of Meera Mithun as acting as no tears were seen while she was crying.

Check out some of the reactions for her videos below :

Don't act too much your tears has no value , it's for publicity stunt. Don't shed crocodile tears Meera. We Tamil people know your cheap strategies for lime light…

In recent times, Meera Mithun is grabbing headlines for all the wrong reasons. Starting from Cheran to Kamal Haasan, the aspiring actress accused almost everyone in the Bigg Boss house. What do you think on this video released by Meera ?? Comment your views !!

Previous articleRandom Guy Abused Kushboo’s Daughter !! Here’s How She Gave Him Back !!
Next articleThis Most Important Scene From BIGIL Also Copied !! WATCH VIDEO !!

Fox cricket, an Australia based cricket website made a news terming Virat Kohli as "Classless" after seeing his reply to England fans after winning...