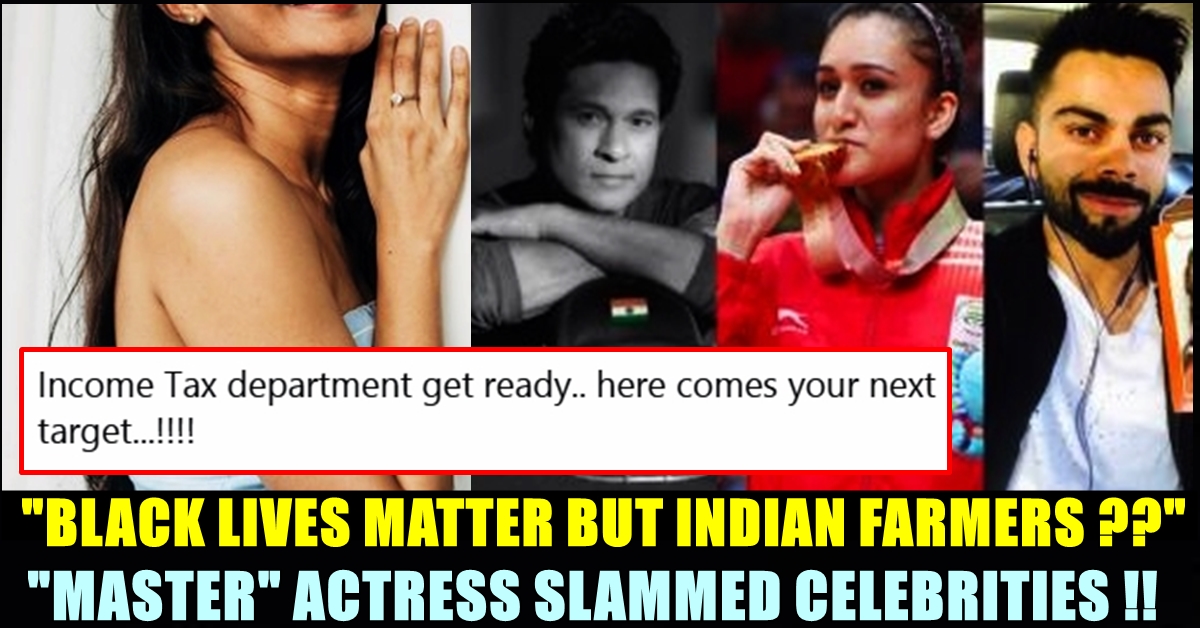 After the tweets uploaded by the celebrities of Indian cricket team and Bollywood film industry against the protest being conducted by farmers in Delhi, many fans, who were admiring them all these days, expressed their disappointment towards them. Cricketing God Sachin Tendulkar, Indian captain Virat Kohli, Bollywood actors Kangana Ranaut, Akshay Kumar became the victims of massive social media trolls after their tweets against the farmers.

Now, actress Andrea who was last seen in Vijay’s “Master”, came up with a tweet raising voice against those Indian celebrities. Sharing a tweet which asked why Indian celebrities talked about “Black lives matter” and doesn’t want to comment on “the lives of Farmers”, Andrea uploaded a hashtag that said “True story”. She is receiving immense support from the users of twitter for her tweet.

Since the evening of Wednesday, entire cricketing fraternity came up with tweets opining about “India being together” and raised their voices against external forces involving in the politics of India. Starting from Sachin Tendulkar to current Indian captain Virat Kohli, almost all the top tier cricketers uploaded tweets advising their followers to be together.

As soon as these tweets grabbed the headlines across the world, Indian popular sports personalities starting from Sachin Tendulkar to former Indian all rounder Suresh Raina, many cricketers uploaded tweets indicating that Indians should decide for India. Some of the other big names such as Rohit Sharma, Ajinkya Rahane, Hardik Pandya, Anil Kumble, Ravi Shashtri came up with tweets advising their followers to be united.

Now, a twitter user named Gauahar khan uploaded a tweet questioning about the livelihood of farmers. Pointing out celebrities restricting foreigners from commenting on internal matters of India, the user wrote “blacklivesmatter ….. oh that was not an Indian matter , but mostly every Indian celebrity tweeted in support. Because obviously All lives should matter ….. but Indian farmers ????? Doesn’t their livelihood matter ?????”

#blacklivesmatter ….. oh that was not an Indian matter , but mostly every Indian celebrity tweeted in support . Because obviously All lives should matter ….. but Indian farmers ????? Doesn’t their livelihood matter ?????

Sharing the tweet, actress Andrea who is known for acting in films such as “Aayirathil Oruvan”, “Tharamani”, “Valiyavan”, “Master”, uploaded a tweet writing “TrueStory”

This tweet from the actress garnered huge number of positive reactions from her fan and followers. Check out some of their reactions below :

Income Tax department get ready.. here comes your next target…!!!!

Alright then best of luck with "ricebag" replies. You will not be Indian anymore.

Netizens Trolling Sasikala’s Chennai Entry !!
“This Is Why We Hate” – Fan Got Disappointed With This Video Of Sanam Shetty !! Check Her Reply