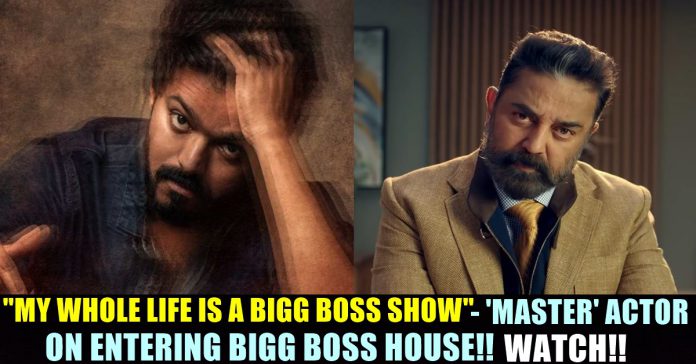 Actor Mahendran posted a question and answer session on his Instagram. Fans asked him various questions about his upcoming projects and personal life. In the line, a fan has asked him if he is participating in Bigg Boss 5.

Actor Mahendran, started off his career as a child artist at the age of 3, in Tamil and Telugu movies. He made a record by acting in over 100 movies in six languages. He then acted in the lead role as an adult actor in the movie Vizha. He had his breakthrough in the movie Master as young Bhavani.

People are very curious about Bigg boss – 5 and have started guessing who are the contestants. After the release of the promo, the curiosity has increased to many folds. In the recent question and answer session on Instagram, a fan has asked him if he is participating in Bigg Boss Season – 5. However, he has disappointed his fans by saying, “Life is already miserable.”

Previous articleWoman Compared PTR With Kamal Haasan To Demean Him !! TN Finance Minister Replied
Next article“This Is So Stupid” Anikha Replied To A Follower Who Questioned On Her “Survivors” Participation !! WATCH