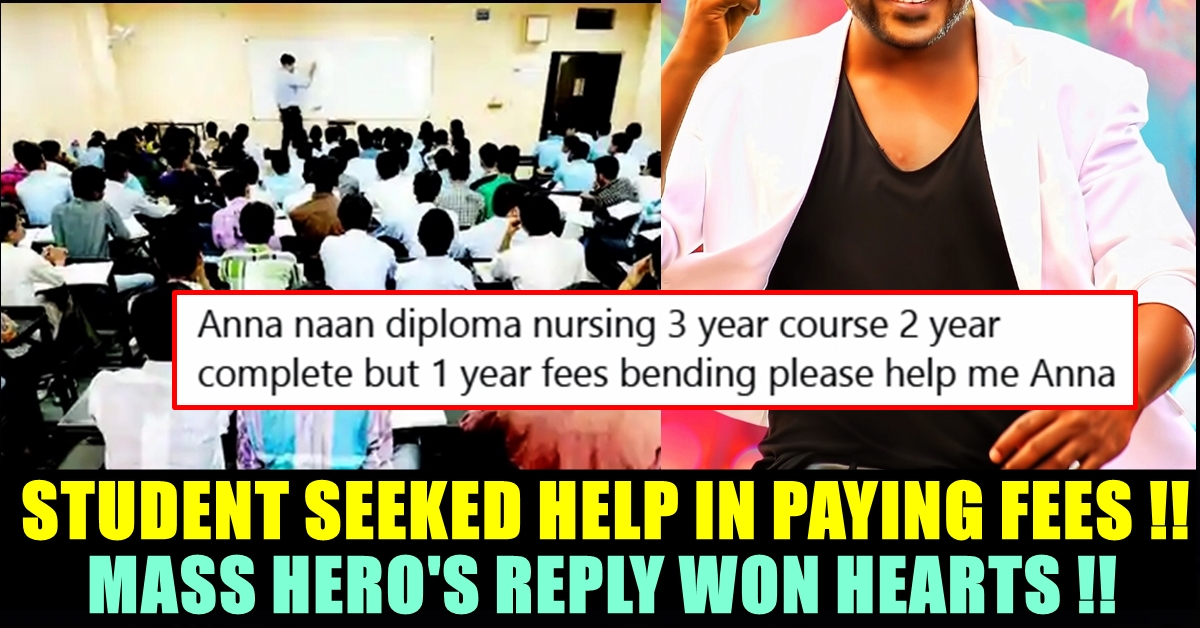 Raghava Lawrence is very much known for his social activities as same as he known for his acting and dancing skills. The actor who helped many needy people, runs a trust and made them appear in his movies as well. The die hard fan of actor Rajinikanth, won hundreds of hearts today through his single tweet to a student.

Raghava Lawrence enjoys more than 7 lakh followers for his twitter account and interacts with his followers often. Recently the “Kanchana” actor assured a guy who seeked help from him for food. In his reply tweet Lawrence wrote “Brother send me your contact details. Even I know the value of hunger “

Brother send me your contact details. Even I know the value of hunger https://t.co/MRoctfg55j

On seeing this tweet, another user named as Manikandan, claimed himself as student and asked help from Lawrence to finish his diploma in Nursing. The guy said that the third year fees for his course is pending and requested Lawrence to help. “Anna naan diploma nursing 3 year course 2 year complete but 1 year fees bending please help me Anna please….” the tweet of the user read.

Lawrence immediately replied to him in a positive way. “Brother don’t worry. I’m there as your brother , I know the education value because I didn’t study. send the payment information and contact details.”

Brother don’t worry. I’m there as your brother , I know the education value because I didn’t study. send the payment information and contact details. https://t.co/9Jl77F8WeN

This gesture from the filmmaker received many accolades from his followers and from the general users of Twitter. Check out some of their reactions here :

Laurance bro God bless you abundantly… U have such a helping Tendency ..great man!

Love you and more respect 🙏🙏🙏

Raghava Lawrence did many social service activities in which he has aided many heart surgeries for babies. He was one of the supporters of the bull-riding sport jallikattu after its ban in 2017. During a protest in Tamil Nadu in January 2017, he provided food, medicine and basic needs to the protesters and promised to support them until the protests were over. Later, He asked for an appointment with Kerala chief minister Pinarayi Vijayan to donate 1 crore as relief fund for the Kerala flood victims